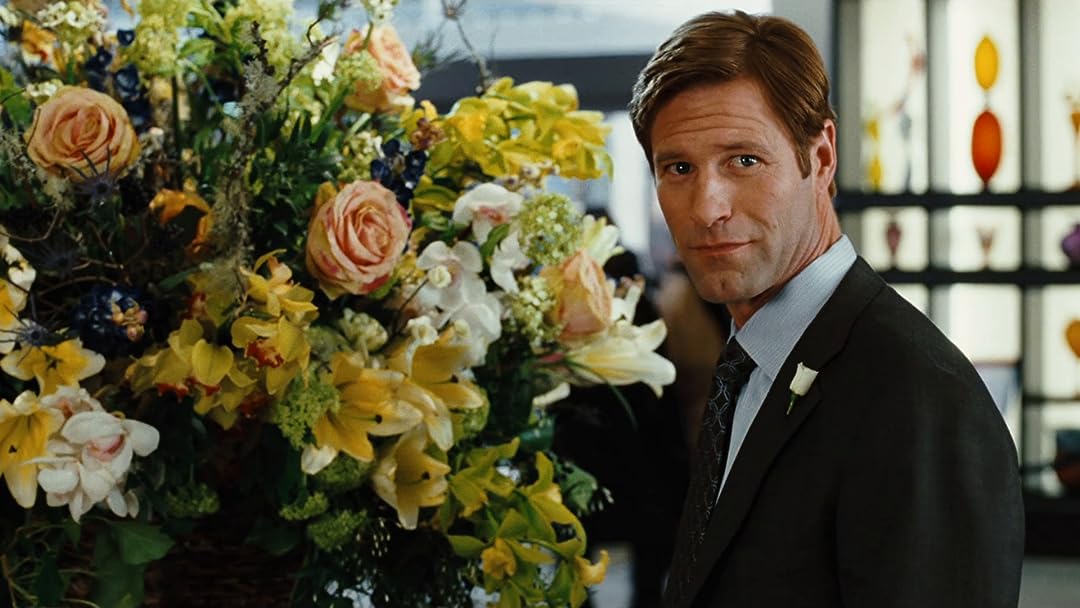 TurtleWinsReviewed in the United States on January 26, 2021
1.0 out of 5 stars
Appalling animal cruelty
Verified purchase
I stopped watching after the main character releases a cockatoo into the woods of Washington state. I've never seen anything so irresponsible in a modern movie. A parrot will die if left alone in a place that's not its natural habitat. I was heartbroken knowing that people seeing this movie might think it's OK to do that to a bird. No less heartbreaking was the tiny cage the bird had been kept in. The writers and producers of this movie must be callous and stupid people, to say the least.

Cockatoos, and all parrots, are intelligent, social animals. If you have a bird you can't care for adequately, please, ask your local animal shelter for help. Many shelters will take birds, plus there are many parrot rescue organizations in the U.S.

MaggieReviewed in the United States on August 17, 2019
3.0 out of 5 stars
Good acting but silly movie
Verified purchase
I couldn't get past someone releasing a tame, expensive, warm weather bird into cold, rainy, Seattle and saying they were setting it free. If the bird didn't die from exposure and lack of ability to get its own food then it died from being eaten by prey with its blindingly white feathers in a grey and green cold forest. I couldn't even pay attention to the rest of the movie for worrying about that poor bird.
58 people found this helpful

Amazon CustomerReviewed in the United States on August 16, 2019
1.0 out of 5 stars
Dear writers, we're not stupid
Verified purchase
What a horrible movie. SPOILER ALERT: I quit watching after the bird release. I mean, seriously, if you release a tame bird into the wild in a climate that is not his native climate, you get a dead bird, not a free one, and who keeps a cockatoo in a cage meant for a finch (actually, round cages are not for any living being)? And that's just one level of the stupidity written into this movie.
41 people found this helpful

Ronald WigginsReviewed in the United States on July 27, 2019
4.0 out of 5 stars
The chemistry isn't the story
Verified purchase
For those who thought that the lack of chemistry between Eckhart and Aniston was the main takeaway from this movie, I feel like you missed the point. This movie is about coming to grips with loss, and being honest with oneself. Its deliberate pacing, and slow unfolding leads to a discovery at the end that is central to the story: his meeting her at the beginning of the film was far less important than his meeting her at the ending. It's a quiet story that teaches some important lessons about life, death and grief.
38 people found this helpful

Anne DReviewed in the United States on August 20, 2019
4.0 out of 5 stars
Nice little feel-good movie, some silly errors.
Verified purchase
This is a nice little feel-good film. With good direction and tweaks of the script, it could have been great. The script: One thing that was just plain stupid — the parrot thing. Releasing a domesticated pet parrot into the wild without special training and circumstances is likely to result in the bird’s death from starvation, predators, or exposure to harsh weather. D’uh. Also, paintings in hotels are always firmly affixed to avoid being moved and becoming uneven and to prevent theft. Third, the script did not fully develop Aniston’s character, so we didn’t understand her character and motivations. Fourth, a small point, but they both looked up the meaning of the words in paper dictionaries. C’mon, who does that instead of using their smartphone. I’m in my 60s and used to like paper dictionaries but even I switched to fast, easy internet searches, ages ago. The script was probably written in 2004, but could have been updated for filming. Fifth, the script shows the lead character drinking vodka, morning, noon & night — that’s extremely serious. Alcohol dependence and regular alcohol abuse are serious issues. Alcoholism is devastating illness. But the scriptwriter seems to think that when there’s an emotional breakthrough, a drinking problem easily disappears.
Direction: Pace. The camera lingered too much on many facial expressions of emotion and reactions. The audience isn’t stupid. We get it!!! No need to beat us over the head with character’s reactions and feelings at lennnnngggggthhhhh. Second, Aniston was permitted to have the same exact heavy make-up and hairstyle that she wears on red carpets. It would have been better to design a different look for this character. Third, with a redemptive, happy-ending story like this one, the director needs to be very careful to avoid schmalz and triteness. Otherwise you end up with a second-rate, cliché-ridden Hallmark movie.
By the way, excellent acting by supporting actors raised the whole film: the photographer at the photo shoot, the contractor dad, and the agent were superb.

KCRobertsReviewed in the United States on July 31, 2019
5.0 out of 5 stars
100% recommend this movie! A feel-good movie everyone will learn from and appreciate
Verified purchase
This movie came at the perfect time and was a pleasant surprise. I appreciated the scenery, the characters involved and the storyline. I loved the way this relationship was built on trust, humility and honestly. Other romance movies are just about fictitious and shallow characters and fake love stories that are opportunities for A-listers to show off their latest plastic surgery. This was so much deeper than that. Overall, I learned from this movie and was entertained at the same time. Win-Win!

Jennifer Aniston is not just a Hollywood A-lister for her physical beauty, but she knows how to act, too! Aaron Ekhart was a surprise, as I wasn't aware how deeply he took his character and how raw he could become.

Overall, I was not disappointed and it's the only movie I've rented in several years that has NOT been a disappointment. Finally!

Snow WhiteReviewed in the United States on March 1, 2020
1.0 out of 5 stars
cute movie BUT FOR THE IGNORANT ANIMAL ABUSE MESSAGE!
Verified purchase
I love silly/unrealistic romantic "chick" flicks but as other reviewers have stated... MY GOD!!!! does no one know that releasing a TROPICAL BIRD who has only lived in captivity who has no idea how to fend for himself nor how to adapt to the outside weather of a northwest American environment would not be able to survive and basically was given a death warrant by releasing him into the forest?? Cruel enough that any selfish A-hole would even have a captive bird as a "Pet" in a cage. But come on Hollywood get a frickin animal-caring clue!
14 people found this helpful

GuyReviewed in the United States on January 17, 2021
5.0 out of 5 stars
Don't go to Rotten Tomatoes
Verified purchase
Their reviews have been hijacked by an angry mob who only saw this movie by accident or during dental procedures or while having a bad trip on acid. However, the reviews on prime are a bit more accurate.
Great acting, great story, touching scenes, deep issues surrounding grief and loss. However, I can see how those folks who need some graphic sex, several explosions and a plethora of people gunned down could be disappointed.
Take a chance...I watched this movie...a chick flick because it was my wife's pick. I was pleasantly surprised. I was impressed enough to look up who the screen writers. I consider this movie a gem and I don't say that very often.
Enjoy.
7 people found this helpful
See all reviews
Back to top
Get to Know Us
Make Money with Us
Amazon Payment Products
Let Us Help You
EnglishChoose a language for shopping. United StatesChoose a country/region for shopping.
© 1996-2022, Amazon.com, Inc. or its affiliates