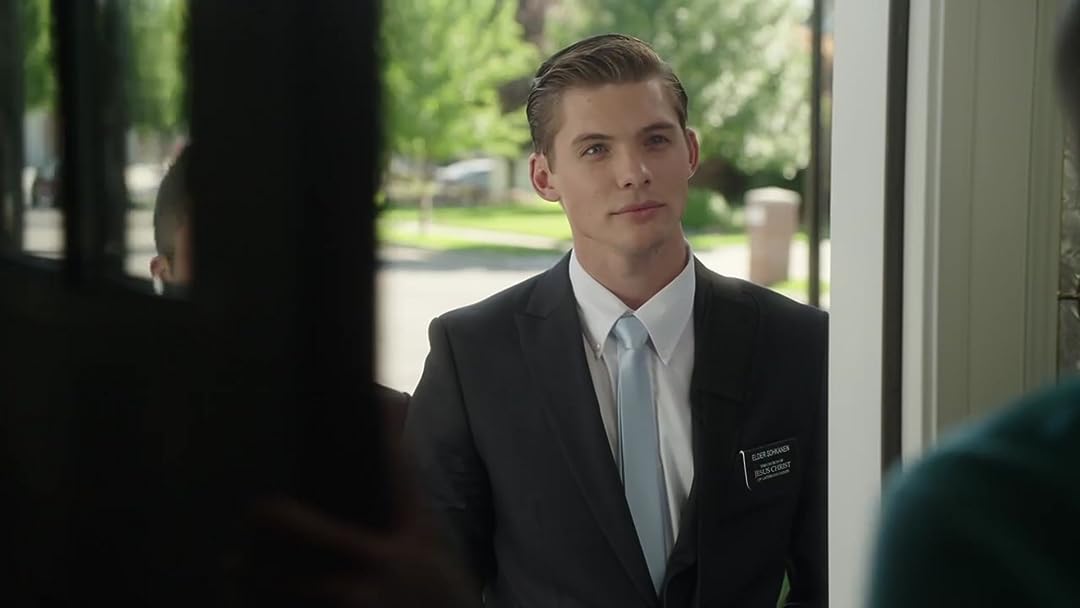 (544)
1 h 31 min2017X-RayPG
Kennedy Hansen is a 15 year old girl with three goals, drive a car, date boys and be a cheerleader. Even though she contracts a terrible disease, Kennedy is able to triump over her obstacles and make her dreams come true.

GraciousMeReviewed in the United States on October 16, 2018
1.0 out of 5 stars
Mormon movie
Verified purchase
The fact that this is a mormon movie should have been in the description.
76 people found this helpful

How614Reviewed in the United States on July 30, 2018
5.0 out of 5 stars
Its funny we don't know if this person watched solely to ...
Verified purchase
I have read several comments. The movie has NOTHING to do with being gay. This movie is not about the "Church". I have to first comment the Church I do not believe is ANti-Gay it is Pro first family - man woman children. I still struggle with some things, but those I believe to be my OWN shortcomings... I think ... what a brave thing for this family to share ALL their sorrow and their joys about their daughter. Faith does not come without some fear and some challenges for sure. I was sorry to see the "hate" in reviews. Its funny we don't know if this person watched solely to get stab at the Church or God. PErsonal struggle I am sure. The Church is doing more than ever to embrace people in their struggles whatever they may be. God Bless you Mr or Mrs or miss Fudge. for reminding me of what my Faith means to me. Hopefully in THIS life you will have a chance to be embraced by His Love and anyone here who is struggling. I could not see one thing related to hate in this movie but some of the comments for sure. How BRAVE for this family and the other one to bare their struggles, hopes and fears to millions.
38 people found this helpful

Susan HReviewed in the United States on August 19, 2018
5.0 out of 5 stars
Excellent movie. Don't get caught up in religion or you'll miss the REAL message!
Verified purchase
Excellent movie. Don't let the fact that this family is Mormon stop you from watching this or you WILL miss the point. There is ONE God, the father; the Son Jesus Christ, & the Holy Spirit which makes up One Triune. And the point is He does and is very active in our world. He uses people to spread the Message in many, many ways. As a pediatric, oncology nurse, a bereaved mother of a special 5 year old & mother to many more gifts and a Hospice patient experiencing terminal breast cancer myself...only the One True Daddy could've have woven this special girl's life as was done. I have NO doubt that many, many have been touched by the ripples of Kennedy's life...that still go on today, Thank you family for sharing the beauty of it to millions of people across the world!
38 people found this helpful

Boyd CampbellReviewed in the United States on October 16, 2017
5.0 out of 5 stars
Awesome feel-good movie!
Verified purchase
This is an awesome movie about the life of Kennedy Hansen. This young lady is truly an inspiration! She faces some pretty enormous challenges, and touches so many lives. My family loved this movie. I don't want to give away any of the details. The movie was filmed on location most of the time, with much of it being filmed in her family's home, and at her High School. If you want more information look for the trailers. It will be tough not to she some tears, but this is a good feel-good movie. I love how during the credits, you see many of the people who were portrayed by actors/actresses, and they tell you their experiences. It added so much realism to see the real life people say that these things really happened! The special features has a feature with longer interviews with the real life people, and I loved it. I really enjoyed the music video in the special features. I also liked the making of the movie" feature. This movie deserves all 5 stars.
42 people found this helpful

TulliaReviewed in the United States on July 10, 2018
5.0 out of 5 stars
At Once A Heart Wrenching And Feel-Good Movie
Verified purchase
Kennedy Hansen, a vibrant, full of life, athletic teen-ager is stricken with Batten disease, a horrific, debilitating disease that will leave her blind, and will affect her motor coordination, her ability to speak and her cognitive skills. This inspirational young woman, at the age of 16, took all her disabilities in stride because of her deep spiritual love of God.. She was supported by a loving, devoted and caring family.

Despite her disabilities, and even though she was blind, she was accepted into the cheer leading squad because of her incredible enthusiasm. Her teammates were so impressed by her perseverance. When asked by the coach what challenges she had, Kennedy said she had none. She silenced the rest of the team members who were complaining about problems they thought were faced with. When one of her teammates hurt her ankle, Kennedy asked her cheer leading squad to pray for her. Kennedy got to go to the dance with the boy she so admired, Jaden, and to drive her father's truck, which she took off with one day, much to her father's dismay. Kennedy was a charming, beautiful, loving, caring free spirit. Kennedy was goodness personified.

Kennedy Hansen said that a miracle would happen a month after she died, which did. One of the cheer leaders claimed on the night Kennedy died Kennedy came to her and said Missionaries would come to her home and give them guidance, which they did. The Velasquez family who were not religious, because of Mr. Velasquez who did not believe in God, soon came to believe in God. Mr. Velasqueq was diagnosed with pancreatic cancer and was now very bitter. But he soon changed and came to believe in God because of what his daughter told him about Kennedy's appearance to her.

This is at once a heart wrenching and feel-good movie.

At the end of the film photos of the real Kennedy Hansen and her family and Jared and all the boys who danced with her at one of the dances are shown.

BikingbReviewed in the United States on October 10, 2018
1.0 out of 5 stars
LDS propaganda.
Verified purchase
LDS propaganda
35 people found this helpful

LikesAmazonStuffReviewed in the United States on April 8, 2019
5.0 out of 5 stars
Five boxes of tissue rating, actually
Verified purchase
Wonderful story based on the true life of Kennedy Hansen. Really, get several boxes of tissue ready. Some reviews criticize the acting. I must not have watched the same movie as they did. I thought the acting was good, appropriate, and in the case of the main character, Kennedy, exceptionally well done.

Oh and for those who get so bent out of shape with such things, the characters are members of the Church of Jesus Christ of Latter-day Saints. It depicts their lifestyle in some ways, but is not overbearing or "in your face." No church doctrine is preached in the movie. Therefore, it cannot be "propaganda" and it is not a "recruitment" movie. That's who Kennedy Hansen was. To portray her as anything else would not be true to her character. It is not a movie made by the church. It is a movie made by someone who is a member of the church (director, T.C. Christensen), but is not a church movie. And this is not a movie about Batten disease. If you want a movie about Batten disease, then what you want is a documentary about Batten disease. This movie is about a young woman's impact on the lives of others. She happened to have a terminal disease called Batten Disease. This movie is about her, not about the disease.

Sheesh. What some people will complain about in a review is ridiculous!
13 people found this helpful

sharonReviewed in the United States on March 9, 2019
1.0 out of 5 stars
NOT A BIG FAN OF THE MORMON FAITH OR EMOTIONAL BLACKMAIL
Verified purchase
Can't help but be brought to plenty of tears over this family's and community's experience. Starts out like a true sad story, with hope of some good coming out of it. Sucks you into a state of emotional vulnerability, then it becomes a recruiting film, with more and more Mormonism creeping in. I have known some decent people of the Mormon faith in my life and some not so wonderful. I know of first hand stories of shunning and blackballing individuals in a draconian method of punishment, mind control and behavior control, withdrawing family love and community as a weapon.

Everyone is entitled to believe what they choose. I was raised in a big christian faith, but we all have to find God and faith for ourselves and we have to actively search and look for ourselves. You want to meet God - you don't need a building, a group, a religion, or the spirits of the deceased. In any case, the film is misrepresented in the description. This is a recruiting film for the Mormon church and their way of seeing things. This kind of story can happen to anyone, no matter what church they do or don't belong to. This was an ad, quite lengthy one, for the Mormon church and how wonderful the people are and faith in a religion, not a God.
17 people found this helpful
See all reviews
Back to top
Get to Know Us
Make Money with Us
Amazon Payment Products
Let Us Help You
EnglishChoose a language for shopping. United StatesChoose a country/region for shopping.
© 1996-2022, Amazon.com, Inc. or its affiliates