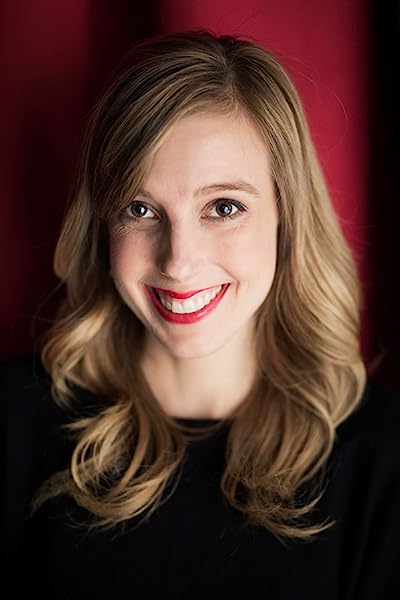 I Love Snow: I Can Read 5-Book Box Set: Celebrate the Season by Snuggling Up with 5 Snowy I Can Read Stories! Paperback – Illustrated, October 1, 2019

Featuring five snowy I Can Reads, this box set with handle and Velcro closure is perfect for gift-giving. This set includes My First, Level One, and Level Two readers, which makes it great for growing into reading!

Fun to share at home or in the classroom on a snowy day, or when kids are hoping for a snow day!

This collection includes the following I Can Reads:

Kallie George is an author, editor, and creative writing teacher. She has written numerous books for children, including the Magical Animal Adoption Agency series, the Heartwood Hotel series, Wings of Olympus, Duck, Duck, Dinosaur, and The Lost Gift. Kallie lives in BC, on the Sunshine Coast, with her husband and son. Visit Kallie online at www.kalliegeorge.com.

Rob Scotton is the bestselling author and illustrator of Russell the Sheep; Russell and the Lost Treasure; Russell’s Christmas Magic; Splat the Cat; Love, Splat; Merry Christmas, Splat; and Scaredy-Cat, Splat! His work can also be found on greeting cards, ceramics, textiles, prints, stationery, and glassware. An honors graduate of Leicester Polytechnic, Rob now lives in Rutland, England, with his wife, Liz, who is also an artist. You can visit Rob Scotton online at www.robscotton.com.

John Grogan is the author of the #1 international bestseller Marley & Me: Life and Love with the World's Worst Dog, the bestselling middle-grade memoir Marley: A Dog Like No Other, and three #1 best-selling picture books: Bad Dog, Marley!, A Very Marley Christmas, and Marley Goes to School. John lives with his wife and their three children in the Pennsylvania countryside.

Kallie George is an author, speaker and instructor of creative writing workshops. She has a master’s degree in children’s literature from the University of British Columbia.

She has written a number of acclaimed books for young readers including the early reader series Tiny Tails, the picture book series Duck, Duck, Dinosaur. Clover’s Luck— the opener of the enchanting Magical Animal Adoption Agency series—features Clover, an unlucky girl who discovers a magical cottage in the woods which is home to fairy horses, unicorns and a fiery dragon.

Kallie has always loved writing from the time she was a child, and now loves to bring that same joy to the students she teaches.

More information about Kallie is available on her website at kalliegeorge.com and magicalanimaladoptionagency.com.

5.0 out of 5 stars
5 out of 5
12 global ratings
How are ratings calculated?
To calculate the overall star rating and percentage breakdown by star, we don’t use a simple average. Instead, our system considers things like how recent a review is and if the reviewer bought the item on Amazon. It also analyzes reviews to verify trustworthiness.

There are 0 customer reviews and 12 customer ratings.
Back to top
Get to Know Us
Make Money with Us
Amazon Payment Products
Let Us Help You
EnglishChoose a language for shopping. United StatesChoose a country/region for shopping.
© 1996-2022, Amazon.com, Inc. or its affiliates