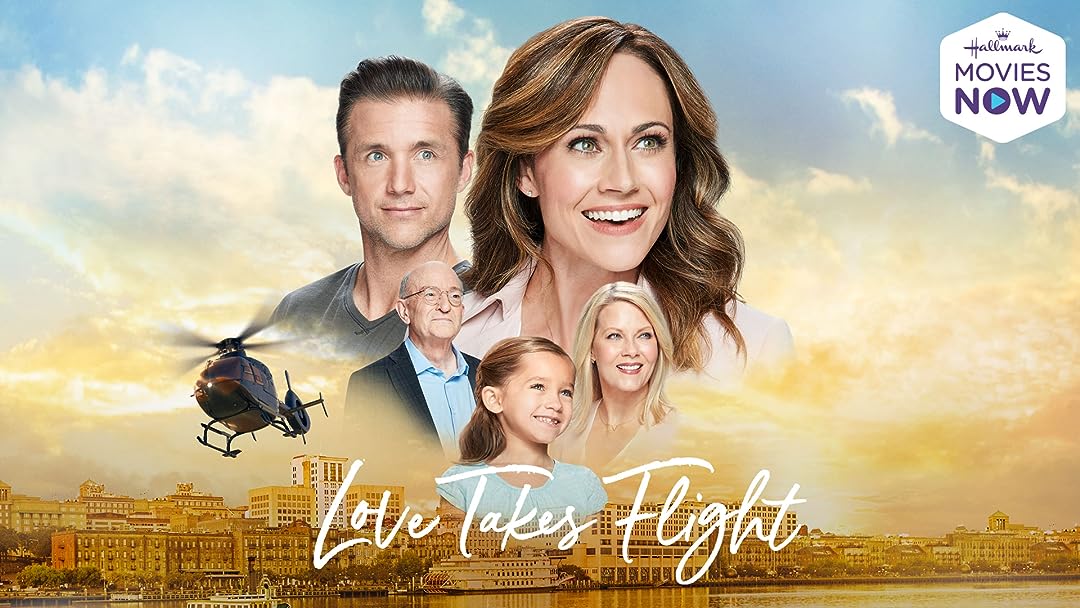 (545)
1 h 27 min2019X-RayALL
In the Hallmark Hall of Fame Presentation, a young girl befriends a lonely widower as a part of her Mission: Find a Friend, uniting their families in a healing twist of fate. Stars Nikki DeLoach and Jeff Hephner.

MicajahReviewed in the United States on November 8, 2019
1.0 out of 5 stars
Condensed Version of Original Film. BEWARE!
Verified purchase
I was glad to see this film available on video, BUT.... when I viewed it, several scenes from the original Hallmark film are missing. The cupcake making scene, Charley helping Quinn with her monitor, and Lizzie's fear about setting the chopper down in the coastal meadow were not included. These are important scenes to the film. This is a violation of my purchase rights. There was no mention of this being an abbreviated or condensed version. My recommendation - don't purchase! I'm very disappointed and besides feeling cheated, I think that Amazon is perhaps selling an edited pirate copy of Love Takes flight.
20 people found this helpful

Richard P. KellyReviewed in the United States on February 2, 2020
3.0 out of 5 stars
Really?
Verified purchase
Two and one-half stars. Generally, I allow myself a copious amount of escapist leeway when watching a Hallmark movie, but I couldn't get over some gaping problems in this one (spoilers ahead).

First the good stuff: Unlike most Hallmark romances, "Love Takes Flight" tackles and generally succeeds with serious issues we all face in life. Sickness, the death of a loved one, lonlieness, personal foibles and moving on from them with the help of others. I really liked the relationship that develops between young Quinn and widower Walter Allen. This is the movie's redeeming feature and makes it worth watching if you can overlook everything else.

The movie fails, in my opinion, on two counts: First, helicopter pilot Charley, talks Lizzie, who is the *director* of the hospital, into joining him for a romantic spin on the life flight helicopter for 'about an hour.' Are we really supposed to believe the director of a hospital would allow this with *anyone*, let alone be stupid and irresponsible enough to do it herself?

Second, the climatic scene in the movie has Charley in the copter, approaching the hospital during stormy weather. Both Marcus, who is head of security, and Lizzie, instruct him to abort the landing and go to the hospital's hangar at the airport, presumably a safer place to land. Charley wants to be the hero, of course, and defies both Marcus and Lizzie. He risks his own life, the life of others, damage to the hospital, and destroying a multi-million dollar life flight helicopter in the process. Rightfully, Lizzie fires Charley on the spot.

Are we really supposed to believe she'd still fall for this dope, especially when the movie makes it clear her divorced first husband is, in many ways, Charley's carbon copy? Sorry, but this reduced Lizzy from a competent, self-assured, empowered woman to a helpless, co-dependent romantic caricature in my opinion. Charley is too much of a loose cannon for me to believe there'd ever be a 'happy ever after' for Lizzie and him.

mapeartreeReviewed in the United States on September 21, 2019
3.0 out of 5 stars
Not the same as TV version
Verified purchase
Not sure why, but this cuts out several scenes from what was aired on TV. Misses out on a lot as a result.
14 people found this helpful

T. L. FentressReviewed in the United States on November 16, 2019
5.0 out of 5 stars
A Lovely and Delightful Story
Verified purchase
This is just such a beautiful story. In the world of Hallmark it is one of their greatest gems. It's very touching and the acting is quite wonderful. They storyline with the older man trying to deal with the loss of his wife, mending a relationship with his son, who just happens to be the pilot hired for a hospital by the administrator and how all of them become connected unfolds beautifully. The young actress that plays the little girl just lights up the entire movie. I would highly recommend this movie. I bought it and have enjoyed watching it a couple more times.
3 people found this helpful

MargieReviewed in the United States on October 19, 2019
5.0 out of 5 stars
Very meaningful
Verified purchase
Very touched by the love shown in this movie. It was neat how the little girl
met this older man in the grocery store and how wonderful a friendship
they had where both needed that friendship. This is a very meaningful movie
I enjoyed, thank you!
5 people found this helpful

Butterflymom54Reviewed in the United States on February 3, 2020
5.0 out of 5 stars
Very good yet challenging movie
Verified purchase
I am glad I was able to watch this movie through the Hallmark Now channel. I liked all of the Actors and Actresses. The storyline was a good but challenging one. It challenged me due to the attitude of the pilot. However as time went by I began to understand him, even if I did not like his willfulness and attitude. He did a good job stirring Mom to new heights and pushing his Dad a good bit to move a little further along in his grieving process. A lot of the reviewers stated parts were missing from the movie. It did not seem to make a difference to me but I agree we should be able to stream the entire movie. I thought it ended well. The movie really did hot on some serious issues. It is not the usual all smiles and laughter movie. But it is always good to go beyond and see something new. Enjoy!! :)

Susan BReviewed in the United States on September 30, 2019
5.0 out of 5 stars
Good entertainment for all ages.
Verified purchase
It's good to watch something every age can enjoy because there is a character that they can relate too. Sweet story with the old man and little girl plus a good love story.
3 people found this helpful

F. NylanderReviewed in the United States on March 30, 2022
5.0 out of 5 stars
Love the story line
Verified purchase
I enjoy watching this movie. The interaction between the players. All seemed to have a great on screen rapport. One of my favorites. And it arrived sooner than expected. I'm very happy.
See all reviews
Back to top
Get to Know Us
Make Money with Us
Amazon Payment Products
Let Us Help You
EnglishChoose a language for shopping. United StatesChoose a country/region for shopping.
© 1996-2022, Amazon.com, Inc. or its affiliates