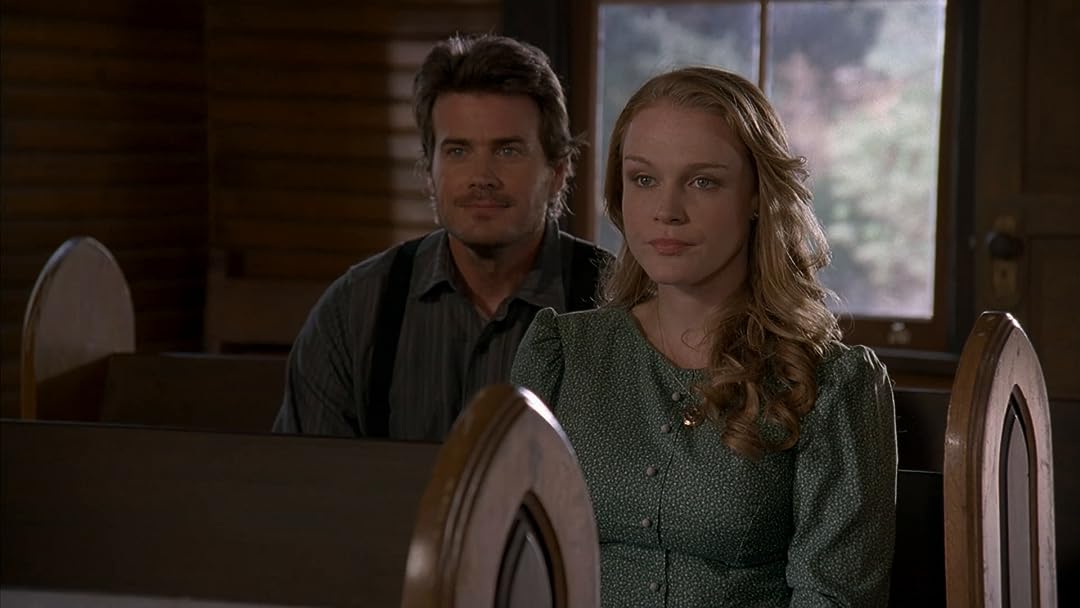 Butterflymom54Reviewed in the United States on February 17, 2021
5.0 out of 5 stars
Another great story in the series
Verified purchase
This story continues on after the death of Willie. Missy and Mattie Travel back to live with Clark to begin a new life. While there Missy encounters an orphan and agrees to foster her despite her own lack of provisions. A secret is slowly uncovered that puts a little boy in jeopardy. The town Sheriff and Missy must work together to find both orphans when they run away. This one is one of my favorites as it introduces Belinda. Three more movies after this one include her and they are all very good. Enjoy!! :)

Elyse WheelerReviewed in the United States on July 1, 2013
5.0 out of 5 stars
Love's Unending Legacy - would definately watch again
Verified purchase
Possibly one of my favorite movies. I like good clean movies (or as clean as you can get nowadays). Love's Unending Legacy was really, really clean. A girl kicks a man; a boy has an accident and a little blood is seen on his arm; a horse which shatters its leg has to be shot but it is heard not seen; a girl fights with boy at school; a woman dreams about her husband's violent death but it's not graphic, you only hear a gut shot; there is also talk about a man being abusive to a child. Most people would skip it because they think it is too predictable or "lame", but I like movies like that because I know I will be watching something that won't make me feel like I have just been "slimed". The Dove Foundation gave it a five star and approved it for ages 12 and older.

I don't like the entire series, several are a little boring and it seems that Janette Oke has a thing with killing off the husbands and having the women remarry. So I only watch certain ones. Love Begins first (since is covers how the "Love Comes Softly" saga began), second is Love Comes Softly, third is Love's Enduring Promise, fourth is Love's Unending Legacy, and 5th is Love's Unfolding Dream. They are all amazing, really clean, high morals, family friendly, inspiring, and focuses on the more important things in life.

Two years have passed since the tragic death of Missie LaHaye's husband Willie. Unable to work the land on her own, Missie and son Maddie leave there home to go back to her father's ranch. She becomes a school teacher again and tries to start a new life, even though she still has nightmares about her husband's death. An orphan train comes to town and even though she is determined not to take one in, something makes take in a fourteen year old girl who no ones else wants. The transition is difficult, especially when the girl sees that another family is mistreating her brother, whom the family adopted. Missie attempts to prove the boy is being mistreated, and at the same time she attempts to fight her feelings for the town sheriff, Zach.

Overall, I really love this move and will definitely watch it over and over again.

ChamblissReviewed in the United States on November 15, 2021
2.0 out of 5 stars
Check for Ability To Load DVD EARLY !!
Verified purchase
This DVD may not be able to load on an older DVD/DVR/VCR player. Was a gift for my mom (who lives 1100 miles away) and when she attempted to load the disc, it attempted and failed to load on her Samsung DVD/DVR/VCR player. If you receive this DVD as a gift, NOTIFY THE GIFT GIVER AND LET THEM KNOW BEFORE THE RETURN PERIOD LAPSES!!

Melody BReviewed in the United States on December 11, 2021
3.0 out of 5 stars
Mislabel
Verified purchase
The movie I watched is the one about the family and the 2 orphans. I am not sure what the name is since I have not followed the series. While the movie I saw was fine I really wanted to see what the synopsis said the movie would be.

D. HeathReviewed in the United States on January 11, 2008
4.0 out of 5 stars
the legacy lives on
Verified purchase
Although I still enjoyed the first in the Love Comes Softly series the best, this newest addition to the collection was wonderful. Dale Midkiff and Erin Cottrell (Clark & Missie) thankfully continue on in this installment, providing continuity to the series. Yes, as many other reviewers have expressed, I too miss Katherine Heigl as Marty but nonetheless the woman chosen to play Marty did a fine and believable job of portraying a slightly older, mature Marty. The acting in this latest series was much improved over the prior 2, and I found the story held my interest and was not disappointed in the least. I look forward to the next in the Love Comes Softly Series, movies worth watching.
One person found this helpful

Alvena hymelReviewed in the United States on June 24, 2022
5.0 out of 5 stars
Great
Verified purchase
Great

M. PalmerReviewed in the United States on January 5, 2014
3.0 out of 5 stars
Killing Off Willie
Verified purchase
For the past four movies, I've said that you just cannot compare the movie to the book, but I'm going to make an exception here. You just CANNOT kill off a main character that stayed alive in the books! What the writers and producers were thinking here is way beyond me! How they can even call this "based on..." I don't know. Nothing in this is true. Missy only had one son, Willie has died, and Belinda is her adopted DAUGHTER instead of her later in life sister...

If the story hadn't been "based on..." I probably would have been a lot nicer in my review, but one thing that cannot be done is killing off main characters in movies that lived in books!
2 people found this helpful

Vada J. BaatzReviewed in the United States on August 16, 2021
5.0 out of 5 stars
movie
Verified purchase
Good addition to my collection DVD was nice and clean
See all reviews
Back to top
Get to Know Us
Make Money with Us
Amazon Payment Products
Let Us Help You
EnglishChoose a language for shopping. United StatesChoose a country/region for shopping.
© 1996-2022, Amazon.com, Inc. or its affiliates