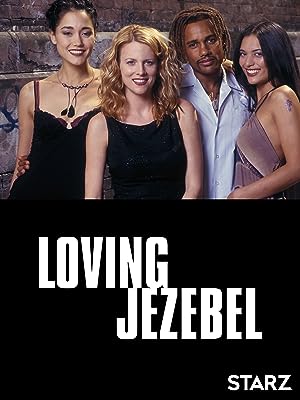 (18)
5.61 h 27 min1999R
Theodorus has a problem - beautiful women are always falling for him. And they always have husbands and boyfriends, which leads to hilarious complications in this sexy romantic comedy.

Hiawatha WalkerReviewed in the United States on August 28, 2004
5.0 out of 5 stars
"Fresh Air"
Verified purchase
NO this movie is not suited for the "blockbuster" audience..and that's what I love about it. This is (in my opinion) "good" acting. The actors& actresses sometimes over do their characters just to make their personalities resonate all the more...I love it. Nah, no explosions, passionate sex scenes, or shootings...these are like a previous reviewer said, "regular" people in an everday setting that somehow can pull you right in. Hill Harper showed out in this movie...he's absolutely amazing! As well as all of the other actors and actreses...it doesn't feel HOllywood...it feels as though these people enjoyed making this movie, and put their all into it.

Live&amp;Prosper!!Reviewed in the United States on February 17, 2017
5.0 out of 5 stars
Five Stars
Verified purchase
I'm a Laurel Holloman fan and loved her character in this film!
One person found this helpful

carrollReviewed in the United States on April 27, 2015
5.0 out of 5 stars
Funny and Sad
Verified purchase
This was an enjoyable movie-funny and sad. I received this product on time.

joliverReviewed in the United States on January 10, 2011
5.0 out of 5 stars
Loving Jezebel
Verified purchase
It was fun watching this on DTV, so we ordered to look at it again and again. Unfortunately, I didn't notice I was ordering a VHS tape. Still had fun looking at it again.

Robert AndersonReviewed in the United States on August 4, 2015
5.0 out of 5 stars
Five Stars
Verified purchase
Lvve it

WhizKidReviewed in the United States on July 12, 2011
4.0 out of 5 stars
Hill Harper, makes this movie
Verified purchase
This movie depicts what everyone has had a taste of at one point "Loving Jezebel". Falling for someone that is not theirs. The movie isn't over the top. The cast play the parts well and Hill Harper makes the character easy to relate to.

IbochildReviewed in the United States on November 1, 2001
2.0 out of 5 stars
Very Disappointing Romantic Comedy
You want to really like this film. As a change of pace, here is Theodorous Melville, an African American man (Hill Harper) that is not hopelessly cool or in control. His character is solidly middle class and makes no issue of the fact that he's a product of an interracial marriage. It also has an appealing premise about a man who is only able to meet women romantically attached to other men (i.e., "Jezebels").
Unfortunately, Harper's performance (particularly in the beginning scenes) is so mannered and cartoonish, that the movie becomes almost unwatchable. It's not enough just to make him awkward, he practically has be slobbering at the mouth like a baby. This lack of subtlety is probably one of the reasons why this film performed poorly during its brief theatrical run.
On the upside, the many women in the film are attractive and some even give interesting performances. Nicole Ari Parker is fun as Frances, the kookiest of the women that Theodorous meets. Laurel Holloman is also fine as Samantha, one of the first of his Jezebels.
With a plethora of generic 'hood movies out there, one can appreciate something a little different. However, most of what we get here is just plain silly. As a result, a lot of talent is wasted in this film and so is the viewer's time.
Writer/director Kywn Bader seems to be starting on the right track with LOVING JEZEBEL, but somehow got derailed after leaving the station. Hopefully, he will have a little more faith in his material next time and tell his story with a lighter touch.
7 people found this helpful
See all reviews
Back to top
Get to Know Us
Make Money with Us
Amazon Payment Products
Let Us Help You
EnglishChoose a language for shopping. United StatesChoose a country/region for shopping.
© 1996-2022, Amazon.com, Inc. or its affiliates