Loving Your Spouse When You Feel Like Walking Away and millions of other books are available for instant access. view Kindle eBook | view Audible audiobook
Share <Embed>
Have one to sell?
Sell on Amazon 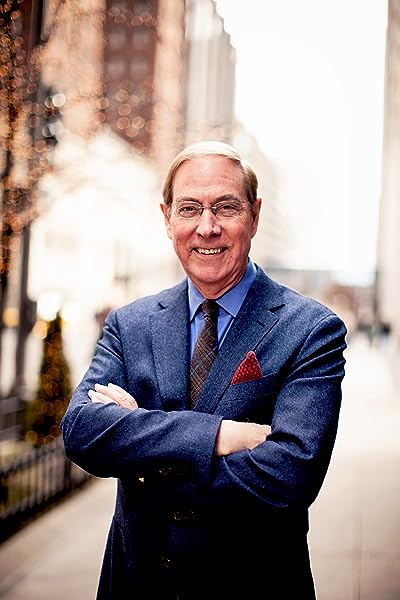 Loving Your Spouse When You Feel Like Walking Away: Real Help for Desperate Hearts in Difficult Marriages Audio CD – Unabridged, April 17, 2018

GARY CHAPMAN--author, speaker, counselor--has a passion for people and for helping them form lasting relationships. He is the #1 bestselling author of The 5 Love Languages series and director of Marriage and Family Life Consultants, Inc. Gary travels the world presenting seminars, and his radio programs air on more than 400 stations. For more information visit his website at www.5lovelanguages.com.

Start reading Loving Your Spouse When You Feel Like Walking Away on your Kindle in under a minute.

4.5 out of 5 stars
4.5 out of 5
530 global ratings
How are ratings calculated?
To calculate the overall star rating and percentage breakdown by star, we don’t use a simple average. Instead, our system considers things like how recent a review is and if the reviewer bought the item on Amazon. It also analyzes reviews to verify trustworthiness.

beatnik crab
1.0 out of 5 stars ABSOLUTELY NOT.
Reviewed in the United States on March 22, 2019
Verified Purchase
Maybe it's my fault for not reading further into the reviews before buying this book, but it's effectively about encouraging the reader to stay in an abusive, toxic relationship. Heavily religious, too. HARD PASS. BAD ADVICE.
Read more
74 people found this helpful
Helpful
Report abuse

Alyxis Bon
5.0 out of 5 stars Highly recommended
Reviewed in the United States on January 16, 2019
Verified Purchase
Literally gave me the hope to fight for my marriage & fight for self healing, this book is very insightful about real life struggles that end up hurting us & our marriages, it all starts with you, if you work on you & your issues, you will begin to find personal healing which in turn, leads to healing within the marriage, if you DONT work on YOU FIRST or THINK ITS ALL YOUR SPOUSES/PARTNERS FAULT, your marriage will stay the same or get worse & fail.

It's a great read to read by yourself, or as a couple or even in a small group. I highly recommend this book.

Francis Tapon
TOP 500 REVIEWERVINE VOICE
4.0 out of 5 stars A great overview of the common issues and problems in marriages
Reviewed in the United States on August 18, 2019
Vine Customer Review of Free Product( What's this? )
While I write this, the most popular review and most helpful review is by somebody who says that this book is encouraging the reader to stay in an abusive, toxic relationship. It also says that it is heavily religious. Both of these statements are exaggerations.

First, as you can see from one of the photos, Dr Chapman says quite clearly that he is not so naive to suggest that divorce can be eliminated from the human landscape. He just believes that it should be the last possible alternative. Everybody should make a big effort to reconcile differences. He believes that far too many couples have opted for divorce too soon and a too great of a price. But he is not saying that you should stay in abusive relationship no matter what. However, I would agree that he is heavily in favor of reconciliation.

Second, while he is religious and does bring it up occasionally, it is certainly not super religious. I'm an atheist. And his mentioning of religion every now and then did not irritate me.

I took a photo of the table of contents. I hope it is helpful at seeing how the book is organized.

The only thing that did bother me about the book is that he really pushes hard for getting a counselor. Nearly all his stories involve a counselor, and he definitely promotes that. This is understandable, given that he is a counselor and probably has an army of them who work for him. I would have liked to see a bit more practical advice for each of the problems that he mentions.
Still, at the end of every chapter, he does have a section called for further help. In it, he gives books and other resources to help you delve deeper into the topic, perhaps avoiding a counselor if you can't afford one.
Read more

ceedreamer
5.0 out of 5 stars Recently Learned I Was In Early Stage Dementia
Reviewed in the United States on May 25, 2018
Verified Purchase
As my hubby and I had read Gary Chapman's The Five Love Languages and it was helpful to us, when I saw this book I couldn't resist. He writes a very thorough book about a husband and wife facing this dreaded condition. He gives suggestions on how to lovingly handle many of the irritating, annoying, not so nice and some dreaded situations that may be a problem between a husband and wife , by using examples of couples that have gone through these situations and how they handled it. And also gave his opinion on things that were done lovingly by the spouse who chooses to be the caretaker, or how it could've ended in a kinder, more loving, less detrimental way. I would recommend this book to ALL couples facing this disease that no one wants, and for all couples who wish to end the marriage on a better note v.s. exhaustion and relief ,when the affected spouse that has this diagnoses, finally passes.
Read more
22 people found this helpful
Helpful
Report abuse

Amazon Customer
4.0 out of 5 stars Affairs are subtle, so keep your guard up be prayed up at all times
Reviewed in the United States on June 6, 2019
Verified Purchase
The facts are true but so many times we feel that certain things won't happen to us because we are Christian's, "we are saved and above certain temptations " but let's remember that we are humans and are still tempted by the enemy of our souls. Marriage is under attack.
Read more
13 people found this helpful
Helpful
Report abuse

Shelly browne
5.0 out of 5 stars Saving your marriage while trying your best without guilt if it is refused by your spouse.
Reviewed in the United States on April 20, 2018
Verified Purchase
It's pretty real and advice I can follow. Some real problems are dealt with and I wish more could read this before they start talking the D word.
Read more
17 people found this helpful
Helpful
Report abuse

Lauren Doak
4.0 out of 5 stars Good for resources
Reviewed in the United States on August 21, 2019
Verified Purchase
The Author's approach is the same as his previous work, approach the situation with Love, but this time it's Tough Love. He goes through each destructive situation and gives solid advice on how to approach with tough love in a safe environment and where a councilor is needed. Each chapter comes with a reference for where to seek help. He also admits that some marriages will end in divorce after trying everything because you can not change your spouse, you can only influence them to change themselves.
Read more
6 people found this helpful
Helpful
Report abuse

Beckie E.
5.0 out of 5 stars Very impacting book!
Reviewed in the United States on July 31, 2018
Verified Purchase
Wow.. Every married couple should read this.and very practical applications to help you with your marriage. I'm going away how great it was. Going to take what he taught and help change my marriage
Read more
13 people found this helpful
Helpful
Report abuse
See all reviews

Peace
5.0 out of 5 stars How to express love
Reviewed in the United Kingdom on April 24, 2018
Verified Purchase
The content is very interesting and gives a positive focus if or when difficulties arise. I have been aware of this concept for decades but it slips from my awareness and then I need reminding again. It is so true what Gary writes about.
Read more
6 people found this helpful
Report abuse

Geeta B
5.0 out of 5 stars Must read
Reviewed in Australia on March 2, 2019
Verified Purchase
An insightful interesting read
Read more
Report abuse
See all reviews