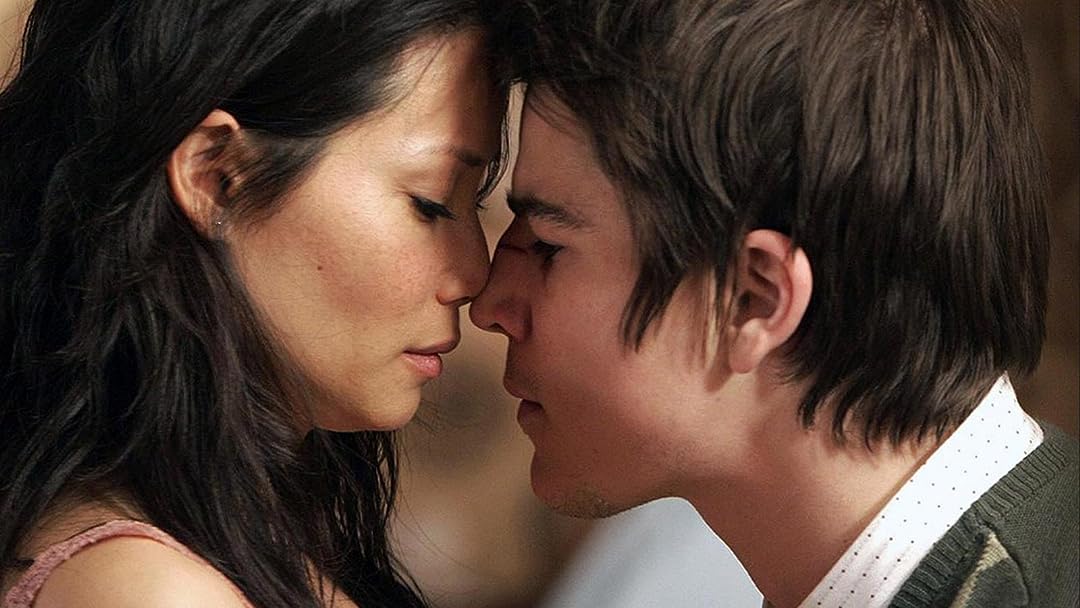 (6,716)
7.71 h 49 min2006X-RayR
A case of mistaken identity lands Slevin into the middle of a war being plotted by two of the city's most rival crime bosses: The Rabbi and The Boss.

joel wingReviewed in the United States on April 11, 2021
4.0 out of 5 stars
Consequences and repercussions of a bad bet
Verified purchase
Lucky Number Slevin is about consequences and repercussions. In the 1970s a man named Max (Scott Gibson) made a bad bet and the story is about how that played out for his son. In the present time Slevin (Josh Hartnett) gets caught in the middle of things which involves two gangsters The Boss (Morgan Freeman) and The Rabbi (Ben Kingsley), plus Mr. Goodkat (Bruce Willis).

There’s some very sly writing involved because it’s not clear how the events in the past and present are connected exactly until halfway through the film. The first part is committed to laying out how Slevin is seemingly in a hopeless situation and then everything is revealed in the end. Hartnett does a good job playing the innocent and Kingsley shines as the better bad guy of the two especially when he describes how he can be a crook and a rabbi at the same time. It’s a nice story of revenge.

Joe SmartReviewed in the United States on June 16, 2015
4.0 out of 5 stars
Amusing, twisty and really well cast.
Verified purchase
Lucky Number Slevin is one of those movies where the plot drives the characters rather than the other way around--the story concerns a seemingly innocent but very unlucky young man named Slevin (a surprisingly good Josh Hartnett) who is mistaken for someone else by two vicious gangsters who both think he owes them a lot of money. The first is The Boss played by a clearly enjoying himself Morgan Freeman. The second is The Rabbi (they call him that because he's a rabbi) played more seriously by Ben Kingsley. They are former partners turned enemies that live in penthouse apartments across the street from each other which they never leave for fear of being killed.

Since the plot of Lucky Number Slevin is nearly the whole show I won't reveal anything else but this is extremely enjoyable if you like self-consciously clever crime films with snappy dialogue. Josh Hartnett and Lucy Lui turn out to be really good at delivering that dialogue--Lui's rapid-fire patter seems to be at least partly inspired by Rosalind Russell from His Girl Friday and the normally stern actress has never been looser or more likable than she is here.

The older vets--Bruce Willis, Morgan Freeman, Ben Kingsley and Stanley Tucci are all solid, although their characters are little more than chess pieces in the intricate plotting of Jason Smilovic's screenplay. Director Paul McGuigan previously made another twisty film starring Josh Hartnett called Wicker Park that didn't really work--director McGuigan later admitted he didn't know what was going on in the script and if the director doesn't where does that leave the audience? Lucky Number Slevin partly feels like McGuigan and Hartnett trying to redeem themselves after the the failure of Wicker Park--if that's the case then mission accomplished.

CC38Reviewed in the United States on September 30, 2020
2.0 out of 5 stars
Predictable Twist
Verified purchase
The main twist of the movie is pretty obvious. The acting is decent, the script is alright, but the whole plot just seems a bit over-the-top and unlikely. Lucy Liu is cute, so the movie has that going for it at least. Overall, if you want to watch a gangster/crime drama, Lock Stock, &Two Smoking Barrels or Snatch would be a better use of your time.
2 people found this helpful

Hee Chul KwonReviewed in the United States on February 15, 2016
4.0 out of 5 stars
GOOD PLOT LINE BUT JUST THE SAME AS HIS OTHER MOVIE WICKER PARK
Verified purchase
This is Paul McGuigan's second movie that I've watched. The first was Wicker park<AKA While you wer falling in Love>.
Both films have exactly the same way of storytelling way. Moving from present and passed. Just like one of Christopher Nolan's movie <Following><Memento><The Pristage> or Bryan Singer's <Usual Suspect>.
When I saw Wicker Park, I was really surprised how he arranded the story and at the end everything fit to the complete ending. I had to order the dvd at once after watching the moive at the theater.
But this one, because I've watched his other work already, it was like dejavu, even cliche for me. The director wanted to show how clever he is.
Now there are two kinds of cliche.
One is to make audience friendly and make them comfortable. After all, they want to watch movies to see that is quite familier to them.
The other is a bad cliche which is a boring one. Like making the audiene feel like watching the same movie twice. Why paying money to watch same movie again?
This movie was later.
At the beginning, Josh Hartnett stays at his friend's apartment and his friend happens to owe money from both part-two of the city's most rival crime bosses: The Rabbi and The Boss. Now both sides are having a fight and they both wants Josh because they think he is the one (Actually he he not)
The BOSS first kidnapps him and tells him to kill someone instead of paying back his money.
Josh has no alternate way but to do so.
There is another killer who is played by Bruce Willis who is hired by both sides, The Rabbi and The Boss. Who is kind of mystery.

After the 3/5 of the movie, everything slowly begins to be revealed.
In the past Bruce Willis was hired from Rabbi and had to kill Josh's family. But instead of killing the kid Josh, he raised him.
Now that he grown up, he teams up with Josh.

Now all of a sudden Josh kidnaps The Rabbi and The Boss and kills them both. Revenge done.

The story seems pretty simple but the director/ writer mixed up all the story and slowly, I mean very slowly reveals them.
At the end they all fit together completly. Nothing is unsolved. and the audiences are leaving with happy face.
That's why this moive has such a high score at imdb.
Sadly the director never had a good score at the boxoffice nor made a lot of movies. The mostly made TV movies and worked for hand full of films only.
But I still remember his good film Wicker Park.
This movie is not a masterpiece like USUAL SUSPECT. But it is worth watching.
2 people found this helpful

Simon JesterReviewed in the United States on January 10, 2022
4.0 out of 5 stars
One of the better "mob" movies
Verified purchase
I don't put spoilers in reviews. I think people who like movies involving the mob will enjoy this movie. There are elements of each scene that affect all the following scenes. The acting is very good by all performers. Some of the dialogue is funny and some is witty. There is violence with blood and nudity so if those bother you then you probably won't like the movie. I also highly recommend to fans of Bruce Willis, Morgan Freeman and Ben Kingsley.

BAT-505Reviewed in the United States on December 30, 2020
2.0 out of 5 stars
Another movie with great actors and a poorly written script
Verified purchase
I will make this quick and to-the-point.. I gave this movie only two stars and that is one star higher than Seven Psychopaths which is truly an awful movie.. Morgan Freeman carried this whole movie Ben Kingsley ?,..not so much.. it starts out good but then goes flat.. and stays there until the ending .and the ending ,was not very good either..👎👎👎👎👎

D. JansonReviewed in the United States on July 30, 2015
5.0 out of 5 stars
An unexpected delight - not your average shoot-em-up
Verified purchase
We came for the names on the marquee but stayed for the engrossing story. You will be pondering questions about why all this is happening, right from the first scene. And you might guess some of it along the way - and then be surprised. But clarity about several things comes at the end, with a couple of last minute surprises. Masterful acting is a delight to watch - don't be surprised if you smile once in a while at the remarkable subtleties in the characters that these actors carry off so effortlessly. I picked this one initially with low to moderate expectations, but I was very pleasantly surprised. This is not a cookie cutter guns and tough guys movie. Excellent casting, screenplay, acting, directing, camera work. A real treat.
8 people found this helpful

AwlwazReadinReviewed in the United States on March 1, 2015
5.0 out of 5 stars
Wickedly fun! Great Crime/Mystery with superb writing, directing and casting. What's not to like?
Verified purchase
I love this movie and have watched it a number of times. Bruce Willis is so good in this it makes me wonder why he doesn't choose more films like this one! His explanation of what "the Kansis City Shuffle" means is worth watching the film. It has become a "saying" of sorts within some film lovers circles. The entire cast is wonderful. Lucy Lu is a stand out and the chemistry between her character and Hartnetts is perfect. If you liked the movie "Snatch" you'll probably like this movie too. This is not for kids. There is a good deal of violence, but nothing horribly graphic. (In my opinion) This film is listed as a crime / drama/mystery on IMDb and has a 7.8 rating. I would rate it much higher and add comedy in the description, but then again we all think different thinks are amusing. I would call it a very clever and Witty movie. Ben Kingsly and Morgan Freeman are fantastic as always. So well written and will keep you guessing right to the very end. This movie won the audience and best film (2006) awards at the Milano Film Festival.
3 people found this helpful
See all reviews
Back to top
Get to Know Us
Make Money with Us
Amazon Payment Products
Let Us Help You
EnglishChoose a language for shopping. United StatesChoose a country/region for shopping.
© 1996-2022, Amazon.com, Inc. or its affiliates