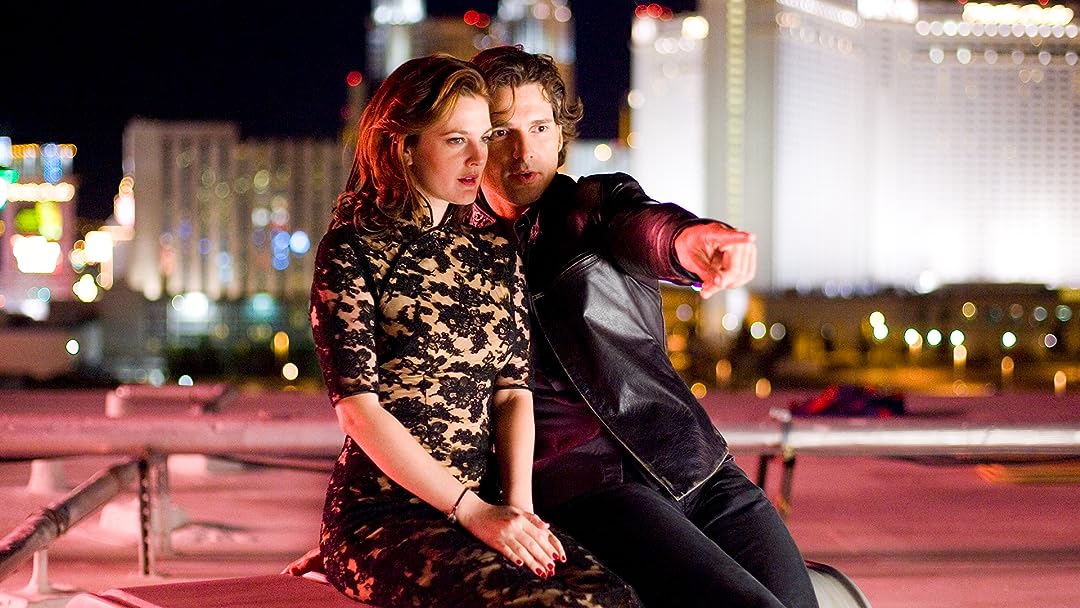 (256)
5.92 h 3 min2007PG-13
The one aptitude Billie and Huck seem to share is a knack for reading people--the difference is what they do with that gift. When these two meet, the real game begins.

ROCKMANReviewed in the United States on October 26, 2012
5.0 out of 5 stars
SLOW PACED ENTERTAINMENT
Verified purchase
THIS MOVIE IS KIND OF LIKE "THE COLOR OF MONEY" TOM CRUZE,PAUL NEWMAN AND THE GIRL WITH THE LONG ITALIAN NAME WHICH AT PRESENT ESCAPES ME.THE FORMAT IS THE SAME ONLY WITH CARDS INSTEAD OF POOL BALLS.ERIC BANA IS GOOD IN ANY FLIC HE'S IN--CHECK OUT "CHOPPER" AS AN EXAMPLE.HIS LOVE INTEREST DREW BARRYMORE IS ALSO AN EXCELLENT ACTRESS AND THE TWO OF THEM PLAY WELL OFF ONE ANOTHER.SHE BEING A TRUSTING THOUGH SOME WHAT NAIVE
NIGHTCLUB SINGER WHO GETS HER FIRST JOB AFTER MEETING BANA AND HIM BEING A NICE GUY WHO HAPPENS TO MAKE HIS LIVING AS A SOMEWHAT COMPULSIVE GAMBLER.THERE IS NO REAL "ACTION" IN THIS FLIC IN THE WAY OF PUNCH OUTS AND SHOOT OUTS--BANA DOES GET TOSSED INTO HIS EMPTY POOL --BUT HE SURVIVES--NO BROKEN BONES.THE MOVIE DOES HAVE A CERTAIN CHARM AND THE RELATIONSHIP BETWEEN BANA AND HIS FATHER,PLAYED WELL BY ROBERT DUVALL,DOES BRING A RIVALRY THAT GIVES THE MOVIE A BACK STORY AND ADDS INTEREST TO BOTH CHARACTERS.THIS MOVIE IS GOOD ON PERFORMANCES AND IS ENTERTAINING IN A SLOW PACE----BUT I DID NOT FIND IT DISAPPOINTING--
I DO THINK YOU MAY LIKE IT TOO--AS LONG AS YOUR NOT EXPECTING PUNCH OUTS AND SHOOT OUTS.

Dawn Renee SkaienReviewed in the United States on July 7, 2013
4.0 out of 5 stars
If poker interests you...
Verified purchase
While I typically enjoy films that have Eric Bana or Drew Barrymore in them, this film is more about the poker than anything else. I enjoyed this film enough to purchase it. Eric Bana does a good job as Huck Cheever, a manipulative poker champion who's down on his luck. Drew Barrymore is always believable as a naive woman, and while I like them both as actors, their chemistry just seems like it's a little askew to me. Not enough for me to not like the movie though.

As previously stated, this movie is really about the poker. That is what I found to be the most interesting about the film. I also enjoyed the interaction between Bana and Robert Duvall, who plays his father - also a poker champion. The latter part of this film is almost exclusively poker, featuring actual World Championship of Poker players. This film actually made me want to learn how to play poker.

NickReviewed in the United States on August 8, 2015
3.0 out of 5 stars
Poker Movie!!!
Verified purchase
I have played a lot of cash and tournament poker games at casinos. This was a decent poker movie, however keep in mind when it comes to poker movies, the bar is low. The movie was totally realistic until the last since in the tournament at the casino. This would never happen!!! No way! Not as good as rounders (the best poker movie available) or even the gambler (not a poker movie), however you will enjoy watching if you love the game and you will loose less money watching it then going to the casino and still have a good bad beat story.
One person found this helpful

dejhatReviewed in the United States on October 15, 2019
4.0 out of 5 stars
good gambling movie
Verified purchase
Eric Bana was great. But the movie would have been so much better with a different actress. Drew Barrymore was just not the right actress for this role. It would be a 5 star movie for me except for Drew Barrymore's performance brought it down.

DanReviewed in the United States on August 5, 2011
4.0 out of 5 stars
Better than Expected
Verified purchase
We got this movie because my wife is a big Drew Barrymore fan, but after reading other reviews about how small a role she actually had in the movie, we weren't expecting much when we sat down to watch it. And neither of us being poker players only added to the low expectations. But surprisingly, the movie was a good story well told and we enjoyed it quite a bit. The story is really about an adult son struggling with a life lived in his father's shadow and how he overcomes it to become his own man. Poker is just the vehicle. It could have been anything. The movie is not a blockbuster and it's a little moody, but it keeps your interest and is worth a watch.
2 people found this helpful

RichReviewed in the United States on June 2, 2012
5.0 out of 5 stars
Who says Gambling isn't work?
Verified purchase
This truly is a great movie that everybody should watch at least once because once you see it I'll guarantee you'll wanna watch it again. It's a great entertaining poker movie that has it all. It has good comedy lines throughout the movie and has a good romantic story to go with it. Guys might think this a total chick flick, but it's not. I guarantee it! Great actors + good story = an awesome movie to watch alone or with the family.
3 people found this helpful

ladybugReviewed in the United States on May 12, 2019
5.0 out of 5 stars
n/a
Verified purchase
Perfect!!!
See all reviews
Back to top
Get to Know Us
Make Money with Us
Amazon Payment Products
Let Us Help You
EnglishChoose a language for shopping. United StatesChoose a country/region for shopping.
© 1996-2022, Amazon.com, Inc. or its affiliates