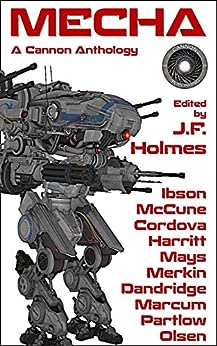 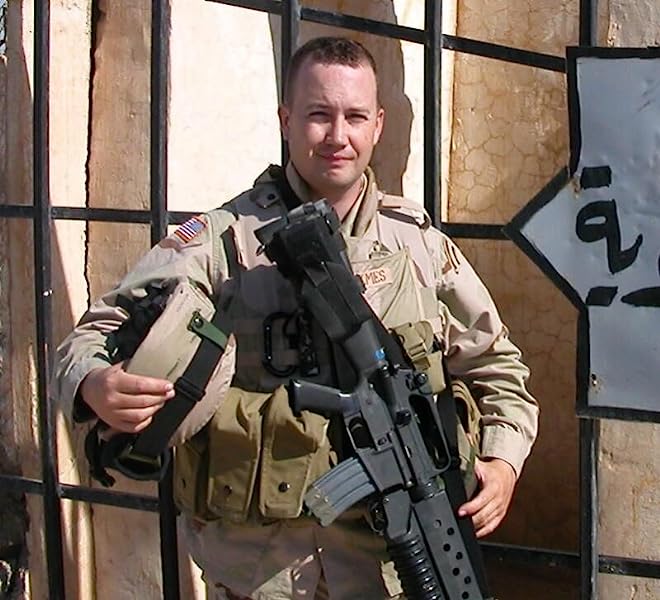 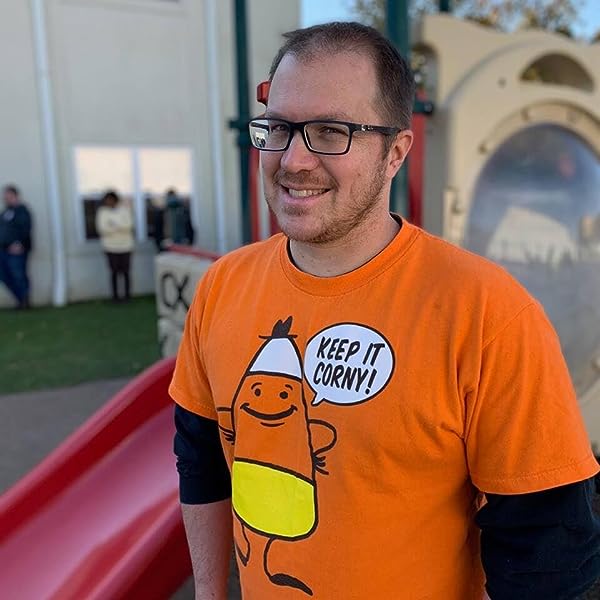 You're a Mecha, a mechanical fighting machine with a human pilot. The guy that the infantry curse at in training and pray for in combat. The machine that the last hopes of your people ride on. The construct that strikes fear deep into alien hearts as they hear your turbines power up. The one able to pass through hell and come out the other side victorious, or die trying.

Cannon Publishing brings you ten stories from current masters of military science fiction that will take you from the magic of a Medieval village to the edges of the galaxy to fight inhuman foes.
Read more
Previous page
Next page 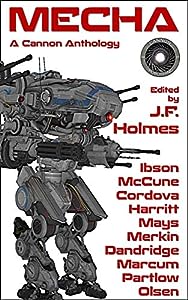 4.4 out of 5 stars
4.4 out of 5
47 global ratings
How are ratings calculated?
To calculate the overall star rating and percentage breakdown by star, we don’t use a simple average. Instead, our system considers things like how recent a review is and if the reviewer bought the item on Amazon. It also analyzes reviews to verify trustworthiness.
Top reviews

Dave
5.0 out of 5 stars Battlemech, Mecha, and Walkers, Oh My! Something for everyone in this one.
Reviewed in the United States on May 15, 2019
Verified Purchase
Advanced Reader here, I've come to enjoy Cannon Publishing's Anthologies as it's always a fun read. If you are interested in Mech's, ExoSkeletons, or in general Bipedal War Machines then this book has something for you.
Personally I've always thought the idea of Mech's kind of cheesey, they aren't flexible enough for many tactical situations, but the authors of this book think though and cover that. Overall I'm impressed with this one.
I had a lot of fun reading it and I look forward towards Cannons anthologies.
With each anthology the stories seem to be more creative and better told them before.
I wasn’t expecting much when I heard that they were writing about mechs. I’m genuinely surprised at how much fun this anthology is.
Read more
3 people found this helpful
Helpful
Report abuse

Leif E. Dolan
5.0 out of 5 stars Mechs and Armor and Knights
Reviewed in the United States on September 2, 2019
Verified Purchase
I have just found a bunch of authors that I need to keep a list of. All the stories in this book are worth your time and energy to read.

barg uist
4.0 out of 5 stars Solid fun, easy to get lost in
Reviewed in the United States on August 24, 2020
Verified Purchase
If you like mechs, you'll find some fun fuel here. Nothing particularly groundbreaking, but nothing bad either. Wide variety means a little loss of cohesion, but it also means you will find something your style for sure. A little too much human drama for 5-stars from me—I came for mechs and got more talking than I wanted—but the talking was good at least!
Read more
Helpful
Report abuse

Gunsl1nger
4.0 out of 5 stars Mecha, not Macross
Reviewed in the United States on October 4, 2020
Verified Purchase
good anthology of short stories. All based upon Mecha and walking war machines.
Read more
Helpful
Report abuse

Kindle Customer
3.0 out of 5 stars Short stories are like potato chips
Reviewed in the United States on July 19, 2019
Verified Purchase
You can't read just one. Good writers, good stories, lots of battle action, and some unusual mecha. I enjoyed this book.
Read more
Helpful
Report abuse

Ray
5.0 out of 5 stars Teasers
Reviewed in the United States on July 30, 2020
Verified Purchase
Great stories that tease you and leaves you wanting more. I always hope that the authors will expand the storyline further sometime down the road
Read more
Helpful
Report abuse

Sean McCune
5.0 out of 5 stars They keep on hitting home runs!
Reviewed in the United States on June 20, 2019
Verified Purchase
I love the other authors stories and find the diversity to the tales a surprise around every bend.
Good job!
Read more
One person found this helpful
Helpful
Report abuse

Jonathan
5.0 out of 5 stars Fun anthology
Reviewed in the United States on June 14, 2019
Verified Purchase
I enjoyed the diversity in this anthology. Any fan of sci fi, fantasy, military fiction, and mechs will find something to enjoy!
Read more
One person found this helpful
Helpful
Report abuse
See all reviews

Julius Nicholson
5.0 out of 5 stars Mecha!
Reviewed in Canada on September 16, 2020
Verified Purchase
In my quest to support independent writers, I pick up this anthology. It was different from what I normally read an I am pleasantly surprised. This collection of stories endears you to the characters and makes you feel a connection to them. I had true emotion for the characters and I cared for their outcome. Even the villains. Excellent work everyone.
Read more
Report abuse
See all reviews