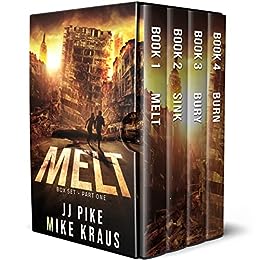 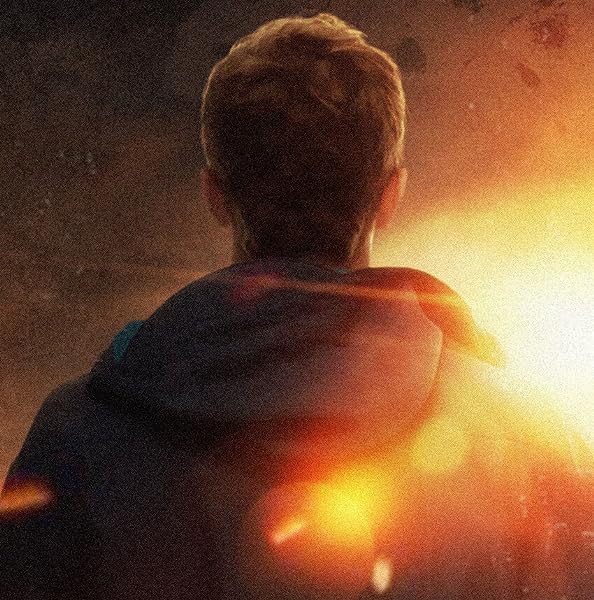 When modern society breaks apart... where will you turn?

This is a three-part boxed set collection of the MELT series, combining the original ten books into a convenient 3-part package.

It was supposed to be a ground-breaking demonstration: MELT, a newly created compound they promised would revolutionize waste processing.

When things don't go as planned and the city begins to implode, Bill and Alice Everlee are caught on opposite sides of the divide.

Stuck at ground zero as the city begins to sink around her, Alice races to discover what is causing the disaster and how to stop it - if she even can.

Meanwhile, having received a frightening message from his wife, Bill hurries to pack everyone up at home before racing to a remote cottage in upstate New York to begin preparing for the coming storm...

A new, intensely thrilling series, MELT has received unanimous praise from beta readers and early reviewers alike. Written by JJ Pike and Mike Kraus, MELT examines a part of our world that we often take for granted. Add in a dash of real science, a collection of flawed, realistic characters, and a glimpse of what the future might hold in store and you're presented with the recipe for MELT: a frightenly real post-apocalyptic thriller.

This is part 1 of a 3-part collection of boxed sets that combine the original ten MELT novels into a convenient three-part package. This part contains the following novels:

Next 3 for you in this series See full series
Total Price: $2.97
Books In This Series (3 Books)
Complete Series
MELT: The Complete Series
Kindle Edition
Page 1 of 1Start OverPage 1 of 1
Previous page
Next page

Susan Peterson
5.0 out of 5 stars Excellent characterization, fuzzy science
Reviewed in the United States on December 31, 2021
Verified Purchase
I found it a strain to suspend disbelief for the science of the plot-premise of this story. But the characterization is so good that it drives the story. In many novels, when a character experiences flashbacks, the continuity of the story is interrupted and a reader can get confused or lose interest in the plot line, but here the flashbacks reveal the main characters to us and make clear why they act as they do. I await eagerly the continuation of the story and the resolution for the main characters of the moral and psychological issues they face. I would like to see the authors’ gift for portraying characters with such depth exercised within a more realistic plot, perhaps one of gradual and then accelerating economic collapse, or if more excitement is needed, maybe a mega-volcano eruption? I gave this book the full five stars because it held my rapt attention for hours. The characterization transcends the genre and earns the five stars when I seldom give more than 4.
Read more
3 people found this helpful
Helpful
Report abuse

avid reader
5.0 out of 5 stars Excellent story
Reviewed in the United States on April 10, 2022
Verified Purchase
Very exciting so far. The author's direction of characters is turning into so many plateaus it's almost difficult to believe you can keep up. This action packed book won't let you put it down for fear of losing your brain as you follow from one character to another. Very beautifully written.
Read more
Helpful
Report abuse

Kindle Customer
5.0 out of 5 stars ACTION PACKED!
Reviewed in the United States on July 6, 2022
Verified Purchase
Be prepared to NOT put this down until you reach the end.
If you read like me, I couldn't get away because I had to know what adventure was coming up and was everyone safe!
Mike Kraus and his writing team never fail to keep your interest!

JJBigs
5.0 out of 5 stars Action Packed full of Twists
Reviewed in the United States on May 27, 2022
Verified Purchase
I love this storyline as well as a clear understanding of “Prepping” as a lifestyle. Characters are believable to a point. Judge for yourself,who. Keep it coming.
Read more
Helpful
Report abuse

A. Murphy
5.0 out of 5 stars Scarily realistic
Reviewed in the United States on February 12, 2022
Verified Purchase
Amazing series. Each book is better than the one before, and the first was off-the-charts awesome. Can't wait to finish the wholes series.
Read more
Helpful
Report abuse

Cindy
5.0 out of 5 stars This story is great
Reviewed in the United States on April 3, 2022
Verified Purchase
I read sci fi all the time but this one kept me awake reading to see what came next. Can't wait for more!
Read more
Helpful
Report abuse

Ted from Florida
4.0 out of 5 stars Interesting premise, but a tedious read
Reviewed in the United States on August 8, 2022
Verified Purchase
I liked all the characters, but be prepared to wade through a cargo container's worth of emotional baggage for each one. Every character wrestles with an inner dialog, punctuated with multiple flashbacks from years earlier. Too much meta-physical angst for my reading pleasure, which only served to up the word count. This whole series could have been condensed down to just the action sequences, and leave all the soul-searching and second-guessing between a character and their spouse, parent, child, or siblings out of the story. The older daughter is definitely schizophrenic. The middle daughter is tortured by her mother while the mother is reliving her own torture from her childhood. That part was kinda sick. There is a lot of internal dialog between a character and what they think one of their own family members would say. At least as much as real person-to-person dialog.
There are a couple of unbelievable events. Both the family's food stash and Jim & Betsy's preps, as well as hidden, buried firearms and ammo caches are robbed by two teenage girls from Wolf Ridge. I find it hard to accept that the girls carried away all those items without being seen or the missing preps discovered midway. How did they manage the theft while leaving the entrances in the barn and under Jim's house locked when they left? How much stuff could they put in their backpacks? There was supposed to be years' worth of supplies in both locations. I don't buy the narrative on that one.
Read more
Helpful
Report abuse
See all reviews

Trisha.d
5.0 out of 5 stars Melt
Reviewed in the United Kingdom on February 13, 2022
Verified Purchase
As a rule I'm more of a zombie apocalypse fan ,so I was unsure about this genre ...
What an absolute rollercoaster of a book ,,highly recommend to read it as soon as you can
Read more
One person found this helpful
Report abuse

Amazon Customer
2.0 out of 5 stars Couldn't finish even the first three
Reviewed in Canada on April 26, 2022
Verified Purchase
This series looked like it would be interesting, with a new concept of the apocalypse, but I just couldn't keep reading. Every character is prinr to long, neurotic musings or has to have some ridiculously detailed back story to explain their terrible choices that it just got to them points where I was skipping whole paragraphs. Either write an adventure or write a detailed character study, don't attempt both and expect it to be at all exciting.
Read more
Report abuse

G. S.
5.0 out of 5 stars MELT PART 1
Reviewed in Canada on February 23, 2022
Verified Purchase
Excellent series so exciting. Many things happening that you would never think off. Scary thoughts that something like that could happen.
Read more
Report abuse

Gem
5.0 out of 5 stars Melt
Reviewed in Canada on May 12, 2022
Verified Purchase
Liked the series, not the ending I expected through. Kept me engrossed start to finish, recommended, it was fun to read
Read more
Report abuse
See all reviews