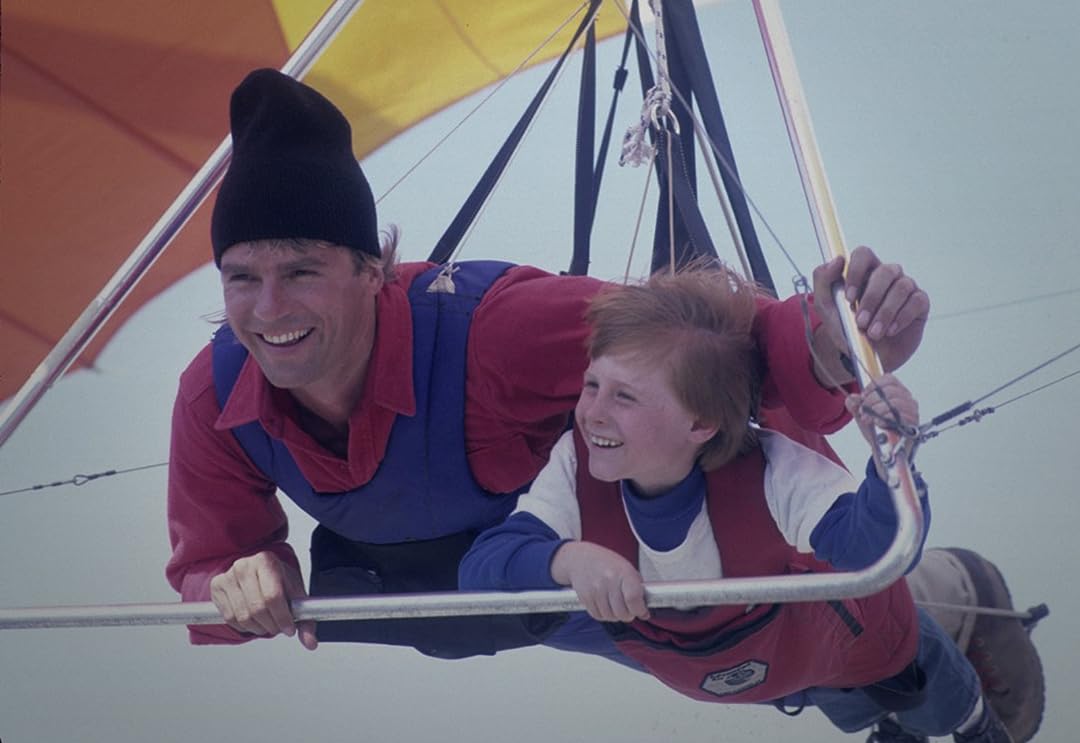 (446)7.71991TV-PG
Richard Dean Anderson stars as MacGyver, an agent for the Phoenix Foundation, a progressive agency devoted to righting the wrongs of the world. Even more progressive is the near-genius MacGyver who never carries a gun and always thwarts the enemy with his vast scientific knowledge, sometimes with little more than a paper clip and the duct tape in his pocket.

SAA_Gunslinger Reviewed in the United States on January 8, 2017
5.0 out of 5 stars
Drive her MacGyver!!!
Verified purchase
I'm rating this for all 7 seasons of MacGyver since it's easier than rating seven times. I really enjoy watching this series. I used to watch it in the late 80s and early 90s when t aired on t.v. Angus "Mac" MacGyver (Richard Dean Anderson), who works for the Phoenix Foundation, is a one man rescue team that uses creative and interesting ways to turn the table in his favor. His made-in-the-field defensive weapons and bad guy stopping apparatus' are very clever. I obviously like some episodes more than others but overall I highly recommend this series!!!
5 people found this helpful
Report abuse

TrurlReviewed in the United States on October 20, 2008
5.0 out of 5 stars
No Show Like It on TV Today
Verified purchase
Simply put "Macgyver" is the best tv show ever! The sixth season does not disappoint. By this time Magyver is already established and we know what to expect. The sixth season does not have as many Magyverism. Magyverisms meaning making things with a Swiss Army knife and duct tape. In fact, I don't think you see him us duct tape at all. But the focus here is on the story.

Why did Macgyver end in season 7 and was season 6 just the series maturing and about to end? I don't think the series had to end. I have read some fan fiction about Macgyver, and it is full of new ideas. For instance one fan fiction explains Murdoc always surviving because he was an immortal. It was a cross over from "Highlander". And yes, Murdoc is back in season 6. If you are a fan you know Murdoc episodes are always good.

So as the series winds down there is still some great episodes. But did Richard Dean Anderson (who plays Macgyver) know how to do any of the things Macgyver does? My guess is that he knows more than he admits.

Also there is rumors on the Web about a possible movie. How true that is I don't know.

So you see even though the tv show ended, there is still much fascination with the show through fans. That is through their fiction and over the Web. If you are the least bit interested in Macgyver, you should get seasons 1 through 7. And if your younger and are new to Macgvyer, there is no show like it on tv today.

BGReviewed in the United States on January 28, 2020
1.0 out of 5 stars
McGyver-The Almost Complete Sixth Season
Verified purchase
I purchased this serie’s 6th season as a gift. All was well until they started the 2nd disc. They were not able to see anything on that disc alone. So I returned it & requested a replacement, which Amazon quickly did. The same thing occurred! They were able to view all but the second disc. I didn’t try again, just returned it for a refund. The person I gifted it to found a copy on eBay.
Report abuse

L. HollandReviewed in the United States on August 1, 2016
5.0 out of 5 stars
This series is timeless and rich with issues - you can always learn from MacGyver
Verified purchase
The writers have done a great job with interesting story lines and relationships. The ecological research conducted by the Phoenix Foundation is a rich source of story lines that also educate the public. Mac is a hero with a conscience that considers the ethics of his decisions. Great role model. His quirky friends - and relationship with Pete (Actor Dana Elcar was actually going blind in real life ) was genuine on and off screen.
4 people found this helpful
Report abuse

Steve DungerReviewed in the United States on January 7, 2017
5.0 out of 5 stars
MacGyver: A program that has adventure, drama & life events all in one package!
Verified purchase
It seems that each season, MacGyver just gets better all the time. Whatever situation he finds himself in, he always finds a way out of it. Again the program is full of adventure, drama, has it's moments of humor or sadness, it's part of life, it's just a great program all the way around.
2 people found this helpful
Report abuse

SteveReviewed in the United States on May 22, 2016
3.0 out of 5 stars
MacGyver, Season 6
Verified purchase
I like no commercials while viewing, being able to stop and rewind is great too but,
With several recants, MacGyver getting knocked out and wild west dream events, Seems the Writers at the Season 6 point were beginning to run outta creativity for stories. Maybe there was a Writer's strike going on the time?
2 people found this helpful
Report abuse

GarvinReviewed in the United States on February 8, 2018
1.0 out of 5 stars
Missing Episodes
Verified purchase
This review is not a reflection of the show but rather the product itself. The complete collection as well as season six (tried twice) have two episodes missing (Harry's Will and Squeeze Play). I am astounded at the lack of reviews making this comment. As a customer I want the right product and missing episodes is unacceptable.
4 people found this helpful
Report abuse

David CurtisReviewed in the United States on December 11, 2019
5.0 out of 5 stars
Number six, to complete the set.
Verified purchase
I'd missed the series when it was first aired - quite recently, bought 'The Complete First Season' on impulse, and now have all seven seasons - plus 'Legend'! All are excellent entertainment.
Report abuse
See all reviews
Back to top
Get to Know Us
Make Money with Us
Amazon Payment Products
Let Us Help You
EnglishChoose a language for shopping. United StatesChoose a country/region for shopping.
© 1996-2021, Amazon.com, Inc. or its affiliates