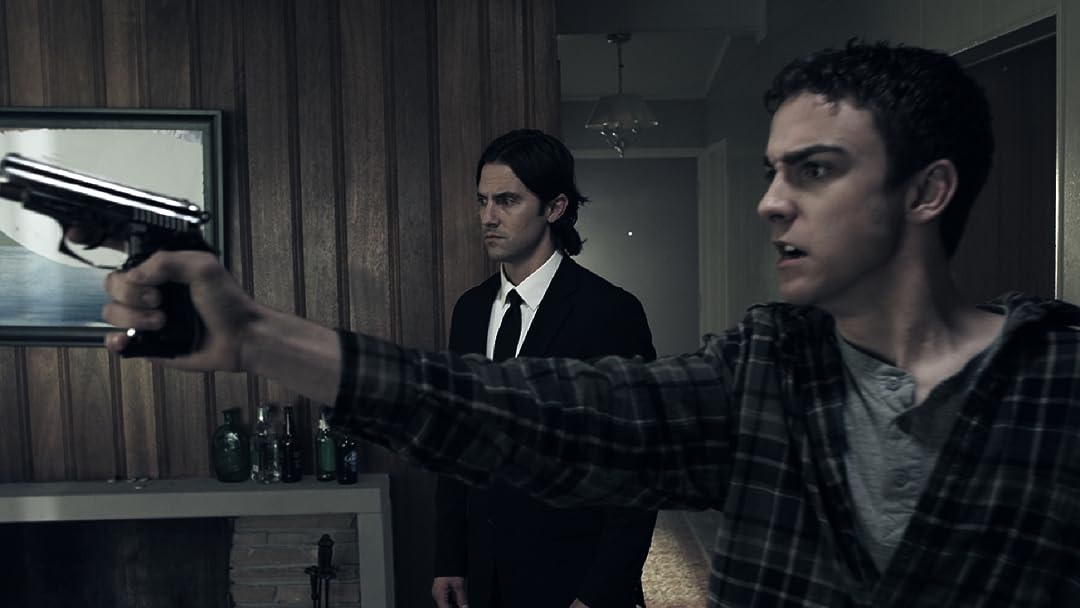 (165)
6.21 h 52 min2018X-RayR
A troubled young man, Briggs (Ventimiglia), flashes back to the demons of his past when his sister is released from her twenty-year prison sentence for the murder of their parents. Briggs must confront his estranged sister and deal with the past, while fighting to protect his future and the life he has rebuilt for himself.

Logain UT AblarReviewed in the United States on January 21, 2020
5.0 out of 5 stars
Excellent
Verified purchase
Madtown is a powerful film that can inspire feelings of dread halfway through it because you just know it's not going to end well. It doesn't. I totally understand that some stories simply don't have happy endings which is a reflection of life itself, but this was a story that I really wanted to have a happy ending because it felt like the main cast all deserved it. Life is hard no matter how you slice it and for these people to find happiness in the chaos of the every day, well, it makes sense to hold on to that for as long as possible and share it with those who can appreciate it.

Denny (Milo Ventimiglia plays the older version, Brett Castro plays younger Denny) is a character that's hard not to like. Phenomenally played by Milo, Denny is a bit awkward, but a nice guy that seems like he'd be really cool to hang out with. It's why he's a bit awkward that makes this story so compelling. Denny's sister Madison (Amanda Aday plays the older version, Kinsley Funari plays the younger version) is also well played by Amanda and Kinsley and is such a tragic character. The older sister of Denny, she does her best to protect him even making a life changing sacrifice to do just that which ultimately leads to her doom. It's really sad, but she wasn't a bad person, but she was horribly affected by bad circumstances that all starts with her parents, made even worse by the constant sexual and physical abuse she had to deal with in jail. Madtown is a film that makes a strong argument for people not being allowed to have children at all unless they pass a psych eval and a drug and alcohol screening but I digress. Denny and Madison's family was horribly abusive and dysfunctional causing chaos in the children's lives that lead to tragedy. Art imitating life, this leads to the children trying to find ways to cope or get crushed under the weight of the dysfunction.

Similar to life, the film shows how people not blood related to you can be more important and caring than blood relations. Denny found that. He was happy. Madison was paroled after doing 20 years for murdering their parents* but didn't give herself enough time to heal, dispel the jailhouse mentality or understand that her brother found happiness. Madison in her selfishness wanted Denny to uproot his life and move to Chicago with her, which he obviously had no desire to do. But Madison didn't care. Her attitude was "what I say goes" as if she was his mother as opposed to his sister. Actually, I'd go so far to say that Madison had become similar to her mother in dealing with Denny. It doesn't end well for her. This section of the film is extremely well written. Actually, the film in general is very well written but this section stands out to me because of some of the nuances of the scenes. The shock on Madison's face when she saw Denny's comedy album collection is a great example. The feelings of hurt and defiance on Madison's face when she arrived at the birthday party is another great example. It was clear that Madison felt isolated, excluded, because Denny was happy with people other than her. It didn't matter that she was invited, it didn't matter that everyone was welcoming to her. Madison's mental state was still locked behind bars leaving her feeling as if she could never have that life, the people present were being fake and couldn't be trusted. Denny's love interest, Sarah (Rachel Melvin) who was also hosting the party was dissed hard by Madison almost as if Madison was Denny's lover instead of his sister. Reacting to the competition. Madison really believed that Denny didn't need anyone but her. It's disturbing how that type of intensity toward a sibling has a incest implication attached to it. Amanda Aday really played her part well as did Rachel Melvin.

Madtown is a really good film that I enjoyed a lot. Yes, the ending is sad but there are glimmers of hope and yes, it's a tragic film because it shows an example of what can happened when children are abused by their parents and when idiot school administrators are clueless in helping kids that are the victims of bullies. But Denny's decisions showed that there was still hope in spite of it all. Maybe there's hope for all of us if we only take time to see it. 5*.

Amazon CustomerReviewed in the United States on February 1, 2020
1.0 out of 5 stars
how does this get 4 star rating??
Verified purchase
the storyline was somewhat interesting, but it was portrayed like a b-movie. bad acting and/or bad dialogue. the guys short stand up performance had the best lines in the whole movie. once the sister came back, it very quickly went down hill. the dialogue, the plot, the logic. the ending was terrible. not terribly sad as some reviewers said. it just made you realize - yeah, this movie actually was a waste of my mind.
13 people found this helpful

John W SmithReviewed in the United States on June 30, 2018
5.0 out of 5 stars
A film worth experiencing!
Verified purchase
As a professional author I always look for stories that introduce me to diverse and dynamic characters that aren't predictable and polished. Madtown immersed me into the tragic world of Denny Briggs and his complicated relationships, especially with his sister. My novel, Song of the Tree Frogs (J.W. Kitson) is similar in that it deals with the trauma associated with abuse, and the struggles the characters endure while trying to put their lives back together. This is why the movie was so personal to me. Filmmaker Charles Moore does a tremendous job in showing us the complex pieces of Denny's shattered life, and he assembled a great cast of characters who helped develop the interrelationships that make Madtown such a complex, yet meaningful, experience.
9 people found this helpful

Griz 909Reviewed in the United States on February 14, 2018
5.0 out of 5 stars
The darkness of stand up comedy reflecting human tragedy
Verified purchase
Brilliant paced story that brings you into the characters internal troubles and coping mechanisms. Then the theme of finding family where you find it builds and the darkness and tragedy at the root of comedy finish you off. Will likely be buying the dvd to make it part of the rewatch collection.
15 people found this helpful

TBReviewed in the United States on February 9, 2020
1.0 out of 5 stars
Not very good but I watched it all
Verified purchase
I don't think Ive ever seen a film with so much badly acted, corny dialog. The young female waitress's acting in particular was excessively saccharine and unrealistic. Nobody's that disgustingly sweet with coworkers. And why was the audience laughing so much at the main character's standup? He wasnt funny at all. The ending was completely ridiculous and forced, with the police officers acting exactly like teenagers so we knew they were the same bullies from high school. Don't waste your time on this one.
One person found this helpful

Long Time SeekerReviewed in the United States on February 6, 2018
5.0 out of 5 stars
Wow.
Verified purchase
Innovative, poignant, complex, thought provoking, original.. Story telling and yeah sometimes a good 'yarn' is worth the wait for those who are conditioned for fast paced action. This is not for you.
10 people found this helpful
See all reviews
Back to top
Get to Know Us
Make Money with Us
Amazon Payment Products
Let Us Help You
EnglishChoose a language for shopping. United StatesChoose a country/region for shopping.
© 1996-2022, Amazon.com, Inc. or its affiliates