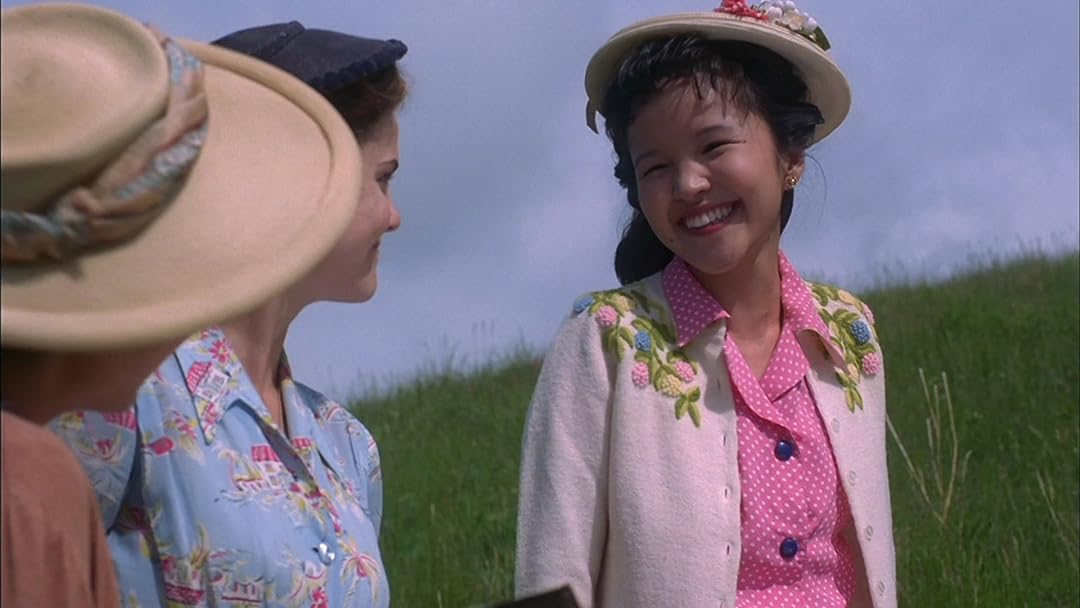 The Magic of Ordinary Days

(1,967)
7.61 h 38 min2005PG
Pregnant out of wedlock, an educated young woman is pressured by her father into an arranged marriage with a lonely farmer in this drama set during WWII. Stars Keri Russell and Skeet Ulrich.

Butterflymom54Reviewed in the United States on December 2, 2017
5.0 out of 5 stars
A real keeper!
Verified purchase
I love this movie. I watch it over and over. It is certainly a "feel good movie." Set in the 1940's, it is a nice period piece and the characters are all well defined and very interesting. It is a love story but not just between the main two characters; It is full of depictions of the love of family. Most interesting to me was the evolution of character and priorities above "feelings". I really enjoyed the music as well as the beautiful cinematography.
This is certainly a family movie, however be ready to answer questions if you have younger children about arranged marriages, "out of wedlock pregnancies: As well as the issues of German and Japanese prisoners and internment camps. I really enjoy watching a movie that also teaches me about historical facts. Enjoy!!!!
45 people found this helpful

CharleeReviewed in the United States on August 9, 2017
4.0 out of 5 stars
A hidden gem in a sea of movies I'd never otherwise watch
Verified purchase
I so do not like Hallmark movies. I am definitely not their target audience. To be honest, I'm not even sure what possessed me to watch this....but I did....and I loved it! So much so that I bought it so I could watch it again. It's sweet, a bit sappy, predictable, and pretty much everything I don't look for in a movie. Keri Russell played her part well but I honestly think it was Skeet Ulrich's performance that won me over. He was perfect as Ray. Definitely worth watching even if it's not your preferred genre.
46 people found this helpful

Kathy AdamsReviewed in the United States on February 6, 2019
5.0 out of 5 stars
Great Movie!
Verified purchase
With so much "garbage" out there, it is nice and very refreshing to find something worth watching. This is a very good movie and I'll be watching it again. I wish there were a "thumbs up" button to click on for these movies that are worth watching over and over again, I'd be pushing it for this movie for sure. :)
19 people found this helpful

R. E. G.Reviewed in the United States on December 9, 2017
5.0 out of 5 stars
Amazing
Verified purchase
I watch it again and again and again..... amazing movie. Reminds me of God's love for us (steadfast, patient, gentle, & strong). True love in the highest form.
28 people found this helpful

Carolyn SReviewed in the United States on August 9, 2017
5.0 out of 5 stars
Good movie with history
Verified purchase
This movie is about a young woman sent by her father to marry a farmer because her boyfriend went off to soldier leaving her single and pregnant. The farmer is not a hick and neither is his new wife. There are a few good subplots, one of Japanese relocated to farm country and one of German soldier prisoners, as well as the main story, all of which make for an interesting time.
17 people found this helpful

Amazon CustomerReviewed in the United States on June 12, 2018
5.0 out of 5 stars
Light, happy easy to watch
Verified purchase
This is a beautiful, humanistic look at love. It's not cheesy at all, it's so realistic and easy to watch. If you're looking for something subtle that will make you feel good and grateful, do yourself a favor and watch this hidden gem!

Also pay attention to all the subtleties in the movie. You can see how much Livvy and Ray are alike and how they fall in love in unconventional ways..

Vicki HopkinsReviewed in the United States on December 28, 2021
4.0 out of 5 stars
Movie With Values but Not Much Romance
Verified purchase
The squeaky clean movie, except for the premise that her father sent her off to an arranged married because she got pregnant out of wedlock by some serviceman during WW2, is worth the watch. It focuses on her struggles even though she was quite lucky in being married to a young man who was attractive and kind. She was a highly educated college woman majoring in archeology, while he was a farmer out in the middle of eastern Colorado in a world vastly different. He thought it was God's will for him to marry her and give her a home, and was willing to accept the baby with no questions asked. His family brought her into their fold without judgment. At first, she only wants to stay until the baby is about to be born, and always hopes that the father will somehow come around. When neither happens, she stays and eventually falls in love.

The movie was lacking, however, any romance despite the underlying storyline that she eventually falls in love with her husband. Only after the baby is born do you finally see them kiss, and there is no other hint of physical touching. I don't mind clean movies, but gee whiz, a slow-burning romance and eventual show of affection and declaration of love would have made it a five-star movie in my eyes. Hence the four.