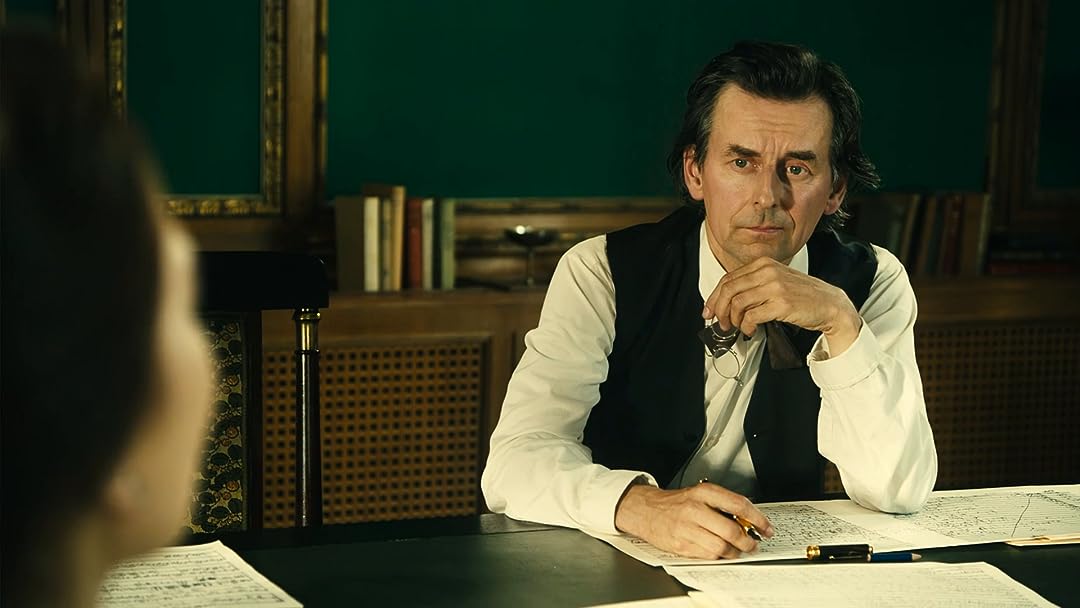 Mahler On The Couch

Thinker3Reviewed in the United States on November 7, 2021
3.0 out of 5 stars
Alma Mahler as a feminist
Verified purchase
The composer Gustave Mahler really did see Sigmund Freud for counselling. This film is a speculation on what happened at this meeting. It centers around Mahler's relation with his wife, Alma. He had recently discovered her infidelity. The film is set in 1910. Mahler was to die the next year, and Alma eventually married her lover, but these events don't make it into the film. It is known that after seeing Freud, Mahler encouraged Alma in her music and had some of her songs published. That was a sharp contrast with Mahler's insistence, before their marriage, that he wanted a wife and not a colleague, a remark that she took to forbid her from continuing her music career. She married him anyway. The film tells their story as Mahler's recollections as told to Freud. The emphasis is on Mahler's guilt. By forbidding her from music, he became responsible for her infidelity. So, this is the story of the repression of a talented woman and the unfortunate consequences. Other factors are mentioned, but the focus is on her repression. This interpretation of Alma is really a stretch. She seems to have had romantic relationships with every talented artist in turn of the century Vienna. Her history predates Mahler and extends well past him with a slew of famous trophy lovers. Adultery as a feminist act is hard to swallow, especially in her case. Still, this film is nicely done, the acting is good, and it is engaging. The music is, of course, Mahler’s. I found it odd that Alma's mother is almost always on screen. Her step-father gets a few lines; he is not identified as such--the film presumes you know who the characters are. If you're not familiar with early 20th century art, you may want to brush up before seeing the film. The film is in German with subtitles.
2 people found this helpful

ClassicalChickReviewed in the United States on July 13, 2012
4.0 out of 5 stars
Mahler on the couch
Verified purchase
The DVD died not have any instructions in English so you have to guess what to do. When you first insert the dvd into the player, there was some announcements in German, then it shows some previews repeatedly. You have to press coorect area to start playing. I used my Macbook laptop to watch it in Australia. I enjoyed this DVD. I couldnt get this in Australia.
5 people found this helpful

Carno PoloReviewed in the United States on April 3, 2013
3.0 out of 5 stars
good peak into Europe at the time of the Belle Epoque
The subject matter of this film is most interesting: a musical genius married to a stunning socialite who lives in Vienna at the time of the Belle Epoque. Their life is studded with money, fame and intellectually rich encounters. Especially gifted is Alma, who is at first subjugated by Gustav but later ends up calling all the shots. Gustav Klimt and Walter Gropius are only the most immediately recognizable giants with whom the mahlers cross their path.

It has been correctly pointed out that the film does not do justice to Mahler, whose immense artistic stature only gets short shrift here. I tend to agree.

Acting is good and so is the choice of costumes from the time.

The film in in German only, with English subtitles.


5 people found this helpful
See all reviews
Back to top
Get to Know Us
Make Money with Us
Amazon Payment Products
Let Us Help You
EnglishChoose a language for shopping. United StatesChoose a country/region for shopping.
© 1996-2022, Amazon.com, Inc. or its affiliates