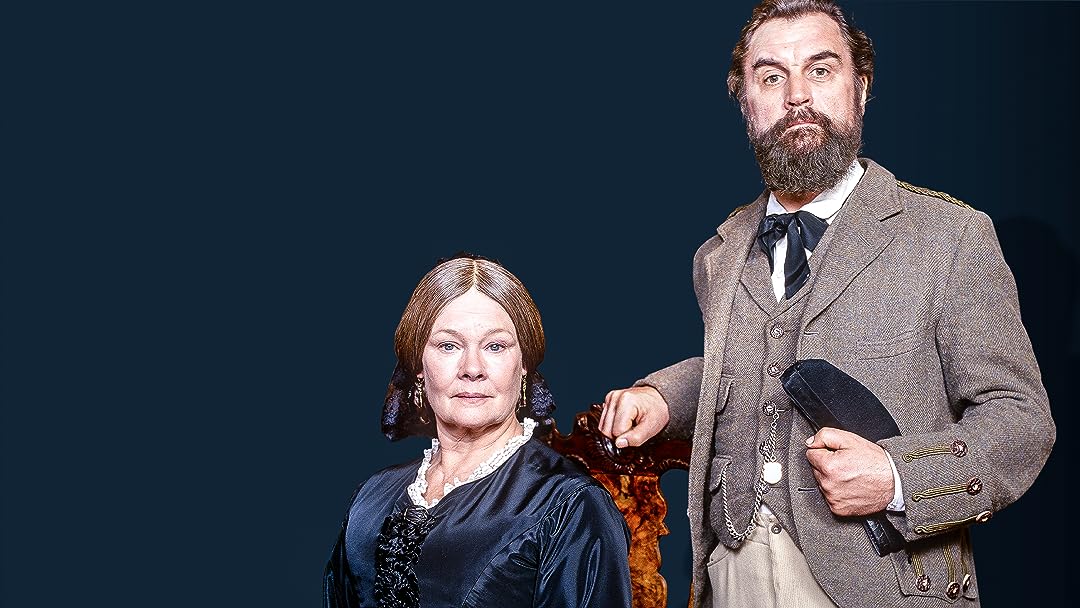 (2,022)
7.21 h 44 min1997X-RayPG
Rugged Scotsman John Brown is a lowly servant who looks after Queen Victoria's horses. Yet when circumstances bring them together, the result is a passionate friendship that scandalizes a nation.

Art007Reviewed in the United States on April 20, 2019
3.0 out of 5 stars
No captioning.
Verified purchase
There is something despicable in this day and age to release a film without any closed captioning which is targeted to an older crowd and containing difficult dialects too boot. My bad for not noticing the lack of CC mention.
21 people found this helpful

The Tally HoReviewed in the United States on August 31, 2018
5.0 out of 5 stars
Review without Spoiler - Pros & Cons
Verified purchase
Her Majesty, Mrs Brown is a 1997 British Drama and Love Story.
Pros:
1. Judi Dench & Billy Connolly do a fantastic job acting their parts together with a seemingly natural chemistry.
2. Well written and good storyline.
3. Nice cinematography and scenery in Scotland & England.
4. Bagpipers playing in the background of some scenes is nice.
Cons:
0. There is actually nothing about this film that I see as a con, something I can very rarely say.

T. WilliamsReviewed in the United States on April 26, 2017
4.0 out of 5 stars
A reasonably accurate well done movie.
Verified purchase
This is an interesting story of the Queen Victoria's controversial relationship with her servant. It's well done and it can be enjoyed even if the story is warped a bit to fit the actors. Judi Dench plays the Queen excellently and Billy Connolly is very entertaining, but the timeline is a little off. Although Queen Victoria kept detailed journals for most of her life, they were heavily censored by her daughter after her death. This is what the Queen had asked her to do. In addition, her family tried to erase as much of John Brown as they could. His letters and journals were destroyed. He did mean a lot to her and this film tells that story well. However, the film gives the distinct impression that the Queen was a mid-sixties lonely grieving widow. The real story is that the relationship started in her 40's with Brown in his thirties. Granted, she stayed in deep mourning and dressed like an old woman after Prince Albert died, but this film seems to compress their twenty year relationship into a a short span set in their later years.
26 people found this helpful

though she be but little she is fierceReviewed in the United States on December 16, 2017
4.0 out of 5 stars
Nice film, though Dench perhaps mis-cast this time around
Verified purchase
Quite a nice film, and Judi Dench is always brilliant. Nonetheless, I believe she wasn't the best choice for this role because the story takes place when Queen Victoria was about 45 years old, and at the time of making this film, Dame Dench was 20 years older than that. So, that was a bit distracting.
19 people found this helpful

V.A. S.Reviewed in the United States on June 20, 2020
1.0 out of 5 stars
THIS INEXPENSIVE CHOICE WAS A RIP OFF.
Verified purchase
The version of the film that I received was VERY POOR quality and heavily edited, leaving out vital scenes throughout the movie. Having enjoyed the original, I was very disappointed with this copy.
Read everything before you opt for the lower price. My mistake in not doing so!
The movie is a great one, classic with stunning visual and acting skills by everyone. I will search for an actual copy of the film.
7 people found this helpful

W. HollandReviewed in the United States on May 10, 2021
2.0 out of 5 stars
Not worth the money of upgrading from the DVD copy (And no captions!)
Verified purchase
Picked this up to upgrade my DVD copy which does not fill the screen on newer smart televisions. The new Blu-ray copy does fill the wide screens TV but the quality of the picture is not upscaled. The most disappointing aspect is that there were no closed captions, as there are available on the DVD... that’s just criminal.
4 people found this helpful

KayReviewed in the United States on October 9, 2021
5.0 out of 5 stars
How romantic
Verified purchase
It took me a while to have the courage to watch this movie because I was afraid to be looking at Queen Victoria's private life. I am glad I was able to overcome my initial trepidation because the movie was a delicate portrayal of that time of her life.
2 people found this helpful

REEL RELIEFReviewed in the United States on April 20, 2016
5.0 out of 5 stars
MRS. BROWN YOU ONCE WERE A LOVELY DAUGHTER...........
Verified purchase
BRILLIANT ACTING BY IRISH BILLY CONNOLLY - PLAYS " MR. BROWN" NEW IRISH CARETAKER OF QUEEN VICTORIA'S HORSES /STABLES.AT ONE OF HER CASTLES AWAY FROM LONDON ---(WHERE SHE HAS COME TO GRIEVE HER HUSBANDS DEATH)...THE AGING QUEEN VICTORIA (PLAYED BY JUDY DENCH_) IS REFERRED TO SARCASTICALLY AS (MRS. BROWN) AS SHE RIDES TO OVERCOME GRIEF OF HER HUSBANDS LOSS.

THERE IS ANOTHER MOVIE "YOUNG VICTORIA" WHICH PORTRAYS YOUNG QUEEN VICTORIA AND HER ROMANCE WITH HER FUTURE HUSBAND. BEFORE/AS SHE BECOMES QUEEN...... A GREAT PAIR TO SEE IN ORDER
12 people found this helpful
See all reviews
Back to top
Get to Know Us
Make Money with Us
Amazon Payment Products
Let Us Help You
EnglishChoose a language for shopping. United StatesChoose a country/region for shopping.
© 1996-2022, Amazon.com, Inc. or its affiliates