Making War In The Name Of God and millions of other books are available for Amazon Kindle. Learn more 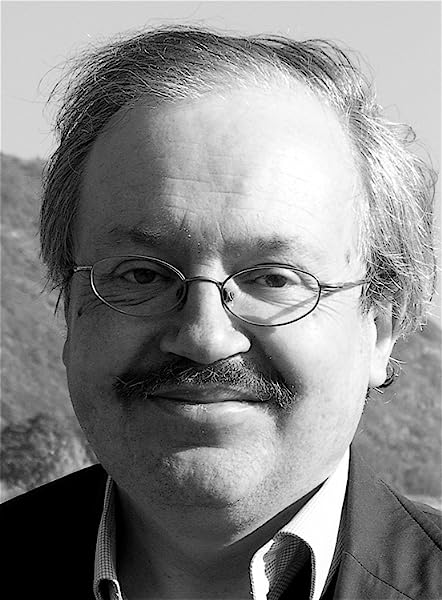 by Christopher Catherwood (Author)
4.2 out of 5 stars 4 ratings
See all formats and editions
Sorry, there was a problem loading this page. Try again.

As religious zeal and sectarian strife set the opening years of the new millennium ablaze, they ushered in the latest chapter of a story that began centuries ago. From Bali to Beirut, we have inherited an idea that is as old as religion itself: killing in the name of God. In this engrossing book, renowned historian Christopher Catherwood vividly recounts a saga of passion, prejudice, and imperialism that laid the foundation for our own troubled age. Beginning in the year 632, Muhammad-as much political leader and general as prophet-commenced the breathtaking spread of Islam that, under his successors, eventually conquered an empire larger than Rome's at its height. Even as this vast realm broke apart into Sunni and Shiite factions, the Christian retaliation-ruthlessly and unscrupulously unleashed in 1095 with the First Crusade-sparked a clash between East and West that continues to this day. The pattern would repeat itself again and again with the Ottoman invasion of the Balkans, in which the same Islamic faith that had once been an institution for tolerance in places like Spain became an instrument of expansion; the wars of the Reformation, when Catholic and Protestant slaughtered each other in the name of the Prince of Peace; and the endless conflicts of the modern Middle East, savagely fought over by three faiths that all worship the same God. As the author re-examines these devastating struggles, he answers questions that are timeless, vital, and unsettling. Based on exhaustive research and written with an unflinching, unbiased eye toward revealing the often painful truth, Making War in the Name of God unveils humanity's ancient habit of sanctifying bloodshed-and exposes a past that we forget at our peril. Christopher Catherwood teaches history at Cambridge University in England and at the University of Richmond (Virginia). A fellow of the Royal Historical Society, he is the author of several acclaimed books, in
Read more
Previous page
Next page

Start reading Making War In The Name Of God on your Kindle in under a minute.

4.2 out of 5 stars
4.2 out of 5
4 global ratings
How are ratings calculated?
To calculate the overall star rating and percentage breakdown by star, we don’t use a simple average. Instead, our system considers things like how recent a review is and if the reviewer bought the item on Amazon. It also analyzes reviews to verify trustworthiness.
Top reviews

Wise Guy
5.0 out of 5 stars Sobering
Reviewed in the United States on January 28, 2013
Verified Purchase
A well researched and concise history of the evolution of Islam.

Regretfully, the continued violence and intolerence in the Muslim world bears out the message being communicated by Mr Catherwood that there is more to come.

The crusades were inexcusable and shameful but they cannot be undone and they happened a long, long time ago. They would not be condoned by any Christian church today. It is time for the muslim world to turn the page and step into the 21st century instead of trying to go back to the future.

The sheer violence between their own factions is unbelievable and yet there is not a wisper of condemnation from the Muslims clerics!

Not sure where it will all end.
Read more
One person found this helpful
Helpful
Report abuse

Kent F. Cohea
5.0 out of 5 stars An eye opener
Reviewed in the United States on November 16, 2012
Verified Purchase
We are still dealing with those who want to use God as an excuse to murder innocent people to this day. But, the history of God warfare goes back to the beginning of time. You may think you know about this topic, but you really don't. Great research and easy to read. Catherwood is a wonderful historian & writer & very even handed.
Read more
One person found this helpful
Helpful
Report abuse

Amazon Customer
3.0 out of 5 stars Interesting
Reviewed in the United States on March 17, 2013
Verified Purchase
A must read for all who want o understand current events . A concise review of historical events and how they are sharing current events
Read more
Helpful
Report abuse

Ky. Col.
5.0 out of 5 stars Thought Provoking
Reviewed in the United States on July 13, 2009
Historian Christopher Catherwood sets out to explore the roots of religious war (particullarly between Christianianity and Islam) in a manner that is both concise but very informative. I couldn't hardly put the book down and desired to keep reading; it was just that interesting.

Catherwood focuses on several primary topics. The rise of Islam is dicussed as well as intra-Islamic conflict. I feel Catherwood correctly cites Islam as iniating religious war against the West. However, Catherwood doesn't let his own religion off the hook in his analysis of the Crusades in the Middle East, the Baltic, and in the Languedoc. The author shows how the battles of Talas and Mazikert effected the decline of Byzantium and the rise of the Seljuk and later Ottoman Turks even though the first battle was an Islamic triumph over a T'ang Chinese army. The French Wars of Religion and the Thirty Years' War are discussed in relation to Europe's history of religious conflict. The rise and fall of the Ottomans is examined and the Balkan Conflicts of the 1300s-1990s are appropriately used as a virtual microcosm of religious warfare in general. There is a conclusion dealing with the modern world and there is also mentioning of religious violence in other religious such as the persecution of Muslims and Christians by radical Hindus in India in recent years.

Overall this book graphically but very readably portrays what can happen when religious wars break out and the long term repercussions of such conflicts. The author being a Christian himself doesn't fall into the trap of some rabid anti-religious zealots on the issue and is quick to point out not only the inconsistencies between religious cruelty and Christ's teachings but also mentions the appaling death tolls of secular totalitarianism in the last century.

While I highly recommend the book and find it both fascinating and disturbing, I felt it should have included more. The cover features a star of David but Jewish religious warfare is hardly discussed. Some instances such as massacres of Jews in Europe are mentioned but I felt the author could also have discussed the darker sides of Judaism ranging from Bar Kohba in the second century to the massacre of Jerusalem's Christians in the Seventh century (while a Sassainian Persian general looked on) to modern Zionist terrorists. Likewise, while Islam has seen religious war practically since its beginnings, the reality had existed long before. The Zurvanist Zoroastrians of Sassainian Persia not only were major enemies of Roma but also had persecuted Christians themselves at times. Once Roma/Byzantium and Armenia became Christian, a religious element was added to the long standing conflicts which meant even more bloody warfare. This not only led to increased Christian persecution but also retaliatory attacks on Zoroastrians by the Byzantines. I also felt uncertain about the author's premise of Westphalia ending religious war in Europe proper. In some ways he has a point but then again the 1655 genocide against the Waldensians of the Piedmont happened after the 1648 treaty.
I would personally have liked to have seen more discussion of the modern world in the book. Lebanon for instance would have provided the author with an excellent example of a ME war involving Christian, Muslim, and Jewish parties. The author mentions the Armenian Genocide but once again this could have been expanded to briefly include Greek and Assyrian Christians as well(these events were not entirely religiously based but religion plays a major factor). Likewise the Hindu-Muslim clashes when India and pakistan became nations could have been examined. The Second Sudanese Civil War of the 1980s-2000s was an excellent example of conflict overshadowing the 1990s Balkins in death tolls with around 2 million estimated dead (primarily Christians and animists).

As to the author's views on Islam, they appear to be primarily negative towards the early islamic conquerers but hopeful that modern day Islam is seeing major improvements towards peace outside of the volitiale Middle East. Catherwood often argues against both Islamo-phile scholars and also those who bash Islam at every opportunity and practice in what he sees as fear mongering. While Christian persecution in islamic nations is mentioned, I thought this is one area the author should have mentioned more due to its very widespread occurance in numerous countries.

Overall, I highly recommend the book and think it superbly illustrates the price of religious violence as well as illuminates some major points in the history of particullarly Christian and Islamic religious war.
Read more
8 people found this helpful
Helpful
Report abuse
See all reviews
Back to top
Get to Know Us
Make Money with Us
Amazon Payment Products
Let Us Help You
EnglishChoose a language for shopping. United StatesChoose a country/region for shopping.
© 1996-2021, Amazon.com, Inc. or its affiliates