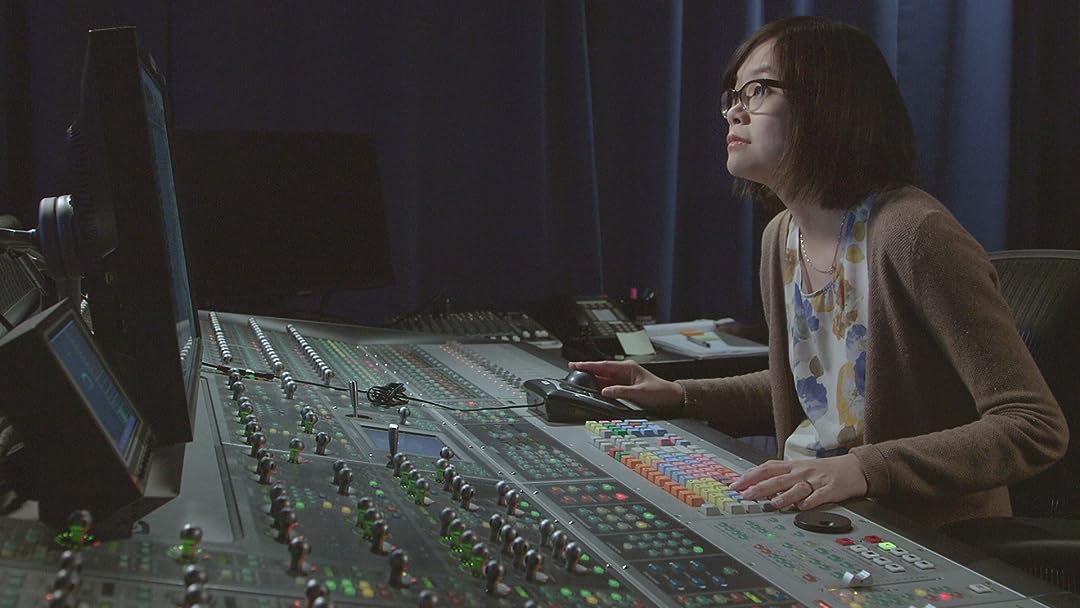 JonReviewed in the United States on May 30, 2020
5.0 out of 5 stars
Enjoyable even for non-enthusiasts
Verified purchase
I found this movie because of a personal connection (my mother was a high-school classmate) and conversation with writer/producer Bobette Buster. So in some ways, I sat down to watch this out of a sense of obligation. But after a conversation with her, I was intrigued and very interested in this movie.

It was fascinating. I don't consider myself to be a cinema connoisseur, but the history of sound in movies was utter fascinating. I my conversation with Ms. Buster, I happened to mention Apocalypse Now, which features prominently in Making Waves. I love the iconic 1/9 Air Cav scene with Lt. Col. Kilgore (I refer to Ride of the Valkyries as "Charlie Don't Surf" by Wagner), and it was really amazing to see all the work that went into that scene and movie.

It was also instructive to realize how integral sound was in making scenes iconic.

Highly recommended even if, maybe especially if, you're not a student of cinema.

Jan LSReviewed in the United States on August 3, 2020
5.0 out of 5 stars
Labor of Love
Verified purchase
I absolutely loved this amazing film. Sound has never been lost on me. This is a film to have in your collection like "Visions of Light".
Its wonderful to shine light on the sound engineers and foleys. I found this so inspiring.
Im a photographer and I have a passion for light. I also am a film buff and love all the hard work of passionate people and appreciate the hours and weeks that they spend on editing.
I loved that Streisand was going to put an extra million on the sound of her film. Going to any lengths to make it right ...to make it all come together. Brilliant!!!
3 people found this helpful

writesReviewed in the United States on July 27, 2020
5.0 out of 5 stars
Entertaining and informative
Verified purchase
"Making Waves" is such a joy to watch and made me nostalgic for when I saw these films in theaters for the first time. It gave me a better understanding of how and why sound helps build emotion and contributes significantly to the audience's experience while imparting greater meaning to the story unfolding on the screen. Kudos to all the creative, adventurous, and brilliant individuals whose vision and technical abilities make movie watching such an immersive and memorable experience. This documentary gave me greater insight into, and a whole new appreciation of, cinematic art, and it inspires me to want to watch these movies again with new eyes and ears.
One person found this helpful

M CReviewed in the United States on June 5, 2020
3.0 out of 5 stars
Solid, but for fans of Cinematic Sound you'll be in Paradise.
Verified purchase
This doc on the innovations and history of sound in the movies, does exactly what the filmmakers wanted. Credit to the the minds behind this endeavor for sitting down with some of the biggest names in sound design and the directors who valued their work. This isn't about the way the sounds are made so if you're looking for that, look elsewhere. I could have used some more (any) John Williams, but when you do a project like this you may not be able to sit down with all the people you want. Williams needs his voice heard even if it was audio from another source. It's a glaring omission to an otherwise fine film. There's a lot of ground to cover, but the old cliche remains; if you like this kinda thing, you'll like this kinda thing!
One person found this helpful

JTAlexReviewed in the United States on September 5, 2020
4.0 out of 5 stars
Sound is Emotion
Verified purchase
One of the first things I learned while working in multimedia is people will forgive bad video, but no one forgives bad audio. Making Waves offers a good insight into the world of sound production. This documentary gives the uninitiated viewer a new appreciation for what they hear as well as what they see in a movie. Sound drives the emotions; I only wish they had shown the power of music in cinema. The right tune in the right scene can break your heart or pump you up.

Everyone I've asked has heard of the movie "Rudy" - the story of a young man who dreamed of playing football at Notre Dame. His dream comes true. In the final scene (or there abouts), the crowd goes crazy as they shout the praises of the protagonist: Rudy-Rudy-Rudy. That soundtrack was actually recorded at Anaheim Stadium in California at a 4th of July MLB game. Hundreds of microphones were placed throughout the stadium. During the 7th inning stretch, on que, thousands of fans shouted "Rudy" over and over again until technicians were satisfied they had their soundtrack. My wife and I were there with friends that day. (autographs are available on request :-) )

Scott BerkunReviewed in the United States on May 26, 2020
5.0 out of 5 stars
Surprisingly interesting and fresh way to think about why you love movies
Verified purchase
I thought I knew much about film production from watching so many director's commentaries, books and behind the scenes material. But the compelling way they explain the pivotal role sound design played in the film revolutions of the 70s and later (The Godfather, Apocalypse now, Star Wars) helped me understand how much more is going on that I realized.

The film explores examples from many films you know and love and lets the people who actually did the work explain it. Highly Recommended.
One person found this helpful

Em D.Reviewed in the United States on August 27, 2020
5.0 out of 5 stars
Fascinating in many aspects
Verified purchase
This documentary was one of the best I've seen. It when into great detail and depth on both the history of sound in film and the technical aspects of sound design. It had countless interviews with many film veterans. I highly recommend this documentary. It should appeal to film historians, movie buffs, and people who enjoy the technical details of how films are made specifically in the area of sound. I can't recommend this on enough.
One person found this helpful

Britt McDonoughReviewed in the United States on January 13, 2021
5.0 out of 5 stars
Wonderful documentary on the history of motion picture sound!
Verified purchase
This is an instant reference standard on the history and technology of motion picture sound. Extremely entertaining and illuminating, it's all here: the early efforts with syncing sound with silent films, the development of the first talkies, the development of stereo sound, and later surround sound in theaters, and a fascinating breakdown of the different subspecialties in putting a soundtrack together. I would think this would be a must watch for film students. Absolutely recommended!
See all reviews
Back to top
Get to Know Us
Make Money with Us
Amazon Payment Products
Let Us Help You
EnglishChoose a language for shopping. United StatesChoose a country/region for shopping.
© 1996-2021, Amazon.com, Inc. or its affiliates