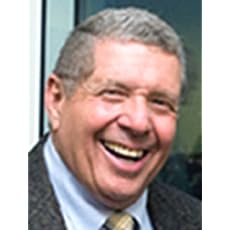 Since 2011, Malvin Carl Teich has been pursuing his research and writing as Professor Emeritus at Columbia University and Boston University, and as a member of the Boston University Photonics Center. He is also a consultant to government and private industry and has served as an expert in numerous patent conflict cases. He is most widely known for his work in photonics and for his studies of fractal stochastic processes and information transmission in biological systems. He is the co-author of Fundamentals of Photonics (Wiley: Third Edition 2019, Second Edition 2007, First Edition 1991, with B. E. A. Saleh) and of Fractal-Based Point Processes (Wiley: 2005, with S. B. Lowen).

Dr. Teich received the S.B. degree in physics from MIT, the M.S. degree in electrical engineering from Stanford, and the Ph.D. degree from Cornell. His first professional affiliation, in 1966, was with MIT Lincoln Laboratory. He joined the faculty at Columbia in 1967, where he served as a member of the Electrical Engineering Department (as Chairman from 1978 to 1980), the Applied Physics and Applied Mathematics Department, the Columbia Radiation Laboratory in the Department of Physics, and the Fowler Memorial Laboratory at the Columbia College of Physicians & Surgeons. In 1996 he became Professor Emeritus at Columbia. From 1995 to 2011, he served as a faculty member at Boston University in the Departments of Electrical & Computer Engineering, Biomedical Engineering, and Physics. He was the Director of the Quantum Photonics Laboratory and a Member of the Photonics Center, the Hearing Research Center, and the Graduate Program for Neuroscience. In 2011, he was appointed Professor Emeritus at Boston University.

Dr. Teich is a Life Fellow of the Institute of Electrical and Electronics Engineers (IEEE), and a Fellow of the Optical Society of America (OSA), the International Society for Optics and Photonics (SPIE), the American Physical Society (APS), the American Association for the Advancement of Science (AAAS), and the Acoustical Society of America (ASA). He is a member of Sigma Xi and Tau Beta Pi. In 1969 he received the IEEE Browder J. Thompson Memorial Prize for his paper "Infrared Heterodyne Detection." He was awarded a Guggenheim Fellowship in 1973. In 1992 he was honored with the Memorial Gold Medal of Palacky University in the Czech Republic, and in 1997 he received the IEEE Morris E. Leeds Award. In 2009, he was honored with the Distinguished Scholar Award of Boston University. In addition to his books, he has authored or coauthored some 350 refereed journal articles/book chapters and some 550 conference presentations/lectures. He holds six patents.
Read more 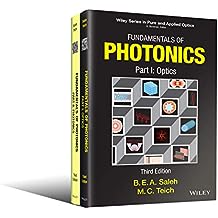 Fundamentals of Photonics, Third Edition is a self-contained and up-to-date introductory-level textbook that thoroughly surveys this rapidly expanding area of engineering and applied physics. Featuring a blend of theory and applications, coverage includes detailed accounts of the primary theories of light, including ray optics, wave optics, electromagnetic optics, and photon optics, as well as the interaction of light and matter. Presented at increasing levels of complexity, preliminary sections build toward more advanced topics, such as Fourier optics and holography, photonic-crystal optics, guided-wave and fiber optics, LEDs and lasers, acousto-optic and electro-optic devices, nonlinear optical devices, ultrafast optics, optical interconnects and switches, and optical fiber communications. The third edition features an entirely new chapter on the optics of metals and plasmonic devices. Each chapter contains highlighted equations, exercises, problems, summaries, and selected reading lists. Examples of real systems are included to emphasize the concepts governing applications of current interest. Each of the twenty-four chapters of the second edition has been thoroughly updated.