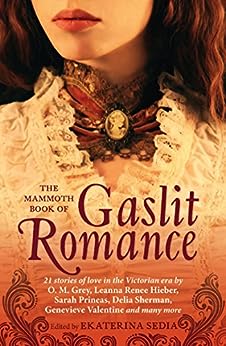 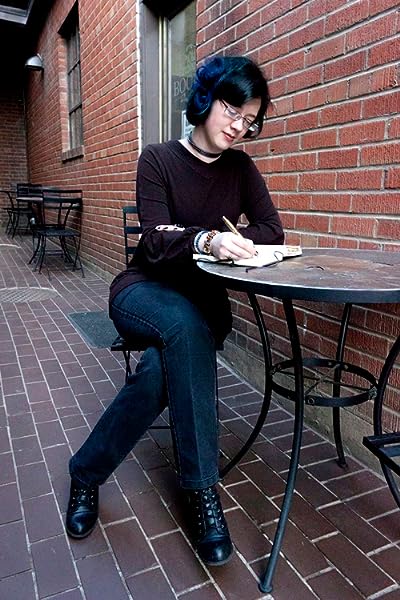 by Ekaterina Sedia (Author) Format: Kindle Edition
See all formats and editions
Sorry, there was a problem loading this page. Try again.

Ekaterina Sedia is the author of The House of Discarded Dreams, The Secret History of Moscow, and The Alchemy of Stone. She is also the editor of such anthologies as Paper Cities: An Anthology of Urban Fantasy, Running with the Pack, Bewere the Night, and Bloody Fabulous.

3.0 out of 5 stars
3 out of 5
3 global ratings
How are ratings calculated?
To calculate the overall star rating and percentage breakdown by star, we don’t use a simple average. Instead, our system considers things like how recent a review is and if the reviewer bought the item on Amazon. It also analyzes reviews to verify trustworthiness.
Top reviews

Sandra K. Lee
2.0 out of 5 stars Victorian-set stories? yes. Romances? For the most part, no.
Reviewed in the United States on April 16, 2021
A lot of anthologies can have hit and miss stories but unfortunately this collection has way more misses. Let's start with the fact that this collection is NOT a romance anthology, despite the title "Gaslit Romance."

There are only a few stories that actually can be defined as actual romance, and even they are pretty light on that. Several stories talk about relationships and some even of lost love but again not traditional romance (story of 2 people who are attracted to/love each other, must overcome some obstacle(s) to be together and have a happy ending).

Several stories have more of a gothic feel and were well written, but they weren't romances. And there were four stories that had lesbian relationships, which aren't really my thing. There also were, unfortunately, several stories, no matter how you would classify them, that just were boring, or rambling or not in a writing style I enjoyed - hence the 2-star rating as I only liked a handful of stories.

Seeking Asylum - One of the lesbian romances. It actually was well written and kind of had a Gothic feel and reminded me of the Yellow Wallpaper.

Where the Ocean Meets the Sky - a kind of steampunk, alternative reality story with a lesbian "relationship." I guess you could loosely call it a romance even though it doesn't really go anywhere

The Queen and the Cambion - about Queen Victoria and the legend of King Arthur and Merlin. Not a romance in the traditional sense either (except that Victoria kind of has a crush on Merlin and he sort of seems to have one on her), but interesting and well written

The Dancing Master - It's kind of a romance in that two of the characters like each other and run away together but you don't really see the romance at all, you just hear about it later.

The Tawny Bitch - another lesbian "romance" which I put in quotes because you never see the two people together. It is written from one of the partner's point of view and you don't know what actually happens to her. If you're interested in societal commentary on how women, especially lesbians, are treated, then you might enjoy this. If you're looking for romance, you won't.

Irremediable - Not a romance but if you want to read about the pitfall and regret of marrying the wrong person, then this story is for you

Item 317: Horn Fragment, W/illus - Not a romance at all, but an interesting story

Jane - This is one of the few romances but the romance part is pretty quick. It was an intesesting read with magic

The Wide Wide Sea - Not a romance whatsoever, but a weird, creepy story.

Her Last Appearance - I would't call this a romance in the strictest sense (ie romantic interlude/happy ending etc), more of a tragic love story

A Kiss in the Rain - Not a traditional romance but a tragic love story, kind of in the vein of a Poe story

So if you are looking for a collection of traditional romances set in the Victorian period, this is NOT the collection to read. If you can forget the "romance" misnomer, there are a few decent stories that would be worth a read.
Read more
Helpful
Report abuse
See all reviews

Debra E.
3.0 out of 5 stars I felt mislead by this book's title and it's description.
Reviewed in Canada on December 23, 2014
Verified Purchase
The stories in this book were interesting enough, but I think that for most (probably 80%) of the stories the title of the book and it's promise on the cover of "stories of love" are misleading. A more appropriate name would probably have been "Gothic Romance" as most of the stories have a darkness to them that is not usually associated with romance and which I have not found in any other of the Mammoth Books of romance (or not to this degree, anyway).
Read more
Report abuse
See all reviews
Back to top
Get to Know Us
Make Money with Us
Amazon Payment Products
Let Us Help You
EnglishChoose a language for shopping. United StatesChoose a country/region for shopping.
© 1996-2022, Amazon.com, Inc. or its affiliates