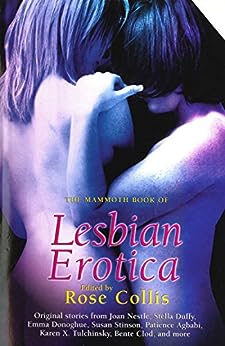 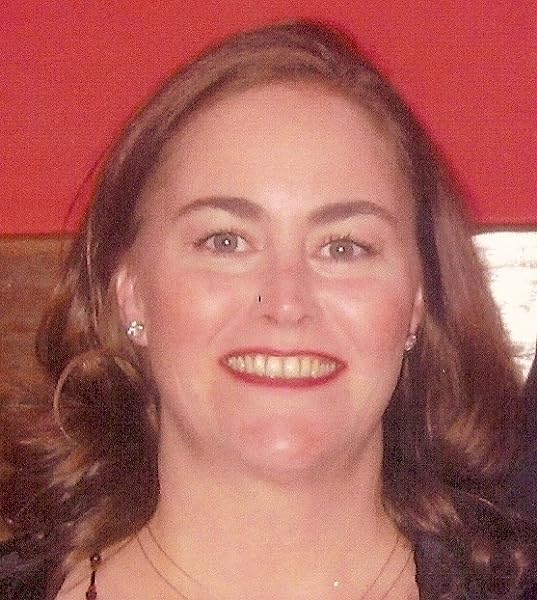 For readers devoted (or addicted) to erotic fiction, here is a welcome British twist on the genre. Though an uneven collection, The Mammoth Book of Lesbian Erotica is nevertheless large enough to contain some real gems from writers around the world. The strongest work comes from the British contributors, such as Emma Donoghue and Stella Duffy, among others. "Sweet Violet," by Ruby Vise, is a classic tale of first love. In Mary Gerideau's "Marvin the Mouse," on the other hand, a stifling mouse suit is the scene of a literally steamy encounter. Be warned, though: several of the pieces are protoerotic rather than the graphic fare readers have become accustomed to. Nina Rapi's "Josie's Restrooms" purports to be the transcript of a toilet attendant's video diary, with a lot of bragging and a bawdy business plan but no real sex scene. And the two-part story that brackets the collection, Daphne Adams's "I Married Madam," reads like the opening pages of an Edwardian novel: promising characters, interesting settings, lively dialogue, but precious little action. Happily, however, there's also a lot of humor in the collection, and even some slapstick, as when the heroine of Karlyn Lotney's "Clash of the Titans" accidentally grabs a bottle of sex-toy cleaner instead of lube and watches in horror as bubbles pour out of her demanding new lover. New meaning for a romantic "bit of the bubbly." --Regina Marler --This text refers to an alternate kindle_edition edition.

Barbara Cardy originally trained in art, design and construction, before moving through a variety of careers, To date, she has edited over fifty anthologies of various kinds. She lives in the South East of England with her two boys.
--This text refers to an alternate kindle_edition edition.

3.9 out of 5 stars
3.9 out of 5
68 global ratings
How are ratings calculated?
To calculate the overall star rating and percentage breakdown by star, we don’t use a simple average. Instead, our system considers things like how recent a review is and if the reviewer bought the item on Amazon. It also analyzes reviews to verify trustworthiness.
Top reviews

Kindle Customer
5.0 out of 5 stars SOO... LEWD (!!!) AND PREDICTABLY LESBIAN, THIS BOOK TOOK US TO A LEVEL OF WOMANLY NEEDS NEVER BEFORE CAPABLE!!!
Reviewed in the United States on August 22, 2021
Verified Purchase
Barbara Cardy has here written stories of LESBIAN ACTIVITIES SOO... DELICIOUS AND SORTED TO BE ON THE LEVEL OF EROTICISM SOO... PERVERTED AND DELIBERATE THAT IT WILL TAKE YOUR BREATH AWAY!!!

College Stealth
2.0 out of 5 stars Pass.
Reviewed in the United States on January 1, 2018
Verified Purchase
I found myself skipping more stories than I read. In some instances I found that the stories that I disliked the most took up multiple chapters, which was annoying as I read it on my kindle on my phone. There's a little bit of everything in here, but the quality of writing varies greatly. I'd keep looking if you're trying to find something. The bad outweighs the good in terms of its offering.
Read more
One person found this helpful
Helpful
Report abuse

Penny Duff
3.0 out of 5 stars Erotica?
Reviewed in the United States on July 2, 2012
Verified Purchase
I thoroughly enjoy lesbian erotica, so I really looked forward to this book. What I found was that there are several stories that absolutely don't fit the genre. Others are marginal. There are many which do qualify, but I must say, there were also some that I gave up on after a page or two. As a second-hand book, it's probably a good buy, but I sure wouldn't buy this new!
Read more
One person found this helpful
Helpful
Report abuse

Kindle Customer
4.0 out of 5 stars Lots of variety
Reviewed in the United States on September 24, 2011
Verified Purchase
While I didn't necessarily get into all of the stories, there is enough variety that people should be able to find more than enough to enjoy and get into.
Read more
One person found this helpful
Helpful
Report abuse

dietra stone
5.0 out of 5 stars the mammoth
Reviewed in the United States on April 7, 2014
Verified Purchase
loved it!! i will definitely by more books by this author. i like reading a variety of books. loved it
Read more
Helpful
Report abuse

t. REED FORGETT. IT TAKE OR I AMGONE
5.0 out of 5 stars fun book
Reviewed in the United States on May 27, 2013
Verified Purchase
This is another great collection of Penthouse erotica with wild stories for all an a few laughs to go along
with the stories
Read more
One person found this helpful
Helpful
Report abuse

Ms. A. Scott
5.0 out of 5 stars EXCELLENT COLLECTION
Reviewed in the United States on June 28, 2010
This is an excellent collection of short stories, some written by professional writers, some by amateurs, but all very well written. A book you can pick up any time you fancy a quick ten minute read.
Read more
One person found this helpful
Helpful
Report abuse
See all reviews

Sine Wave Showreels
5.0 out of 5 stars A diverse anthology for the curious
Reviewed in the United Kingdom on May 27, 2012
Verified Purchase
This is one that would be recommended for open minded and like minded couples. Using the Goldilocks and the Three bears analogy, the porridge is not too hot to handle and not a complete and utter turn off either. I agree with one reviewer who said that certain stories made him/her laugh. I think I know the ones you mean. Geordie women? Yep that's the one. Still erotic though and yes you can have both! The attractive thing about this book is that you can dip in and out without being bored with the consequences and there's plenty of variation in the scenarios from "first times" to threesomes.

The anthology compares favourably to my other favoured choices. For those wanting love in uniform refer to  Lesbian Stories Raw Recruits  and if it's ideas you want, the  The Whole Lesbian Sex Book: A Passionate Guide for All of Us . If today's budget is limited, try  Georgia's English Rose .
Read more
3 people found this helpful
Report abuse

Piyadhammo
1.0 out of 5 stars Awful
Reviewed in the United Kingdom on August 20, 2021
Verified Purchase
Rubbish, no story line, not worth buying!!!!
Read more
Report abuse

Clouds :D
3.0 out of 5 stars A bit annoying at times
Reviewed in the United Kingdom on August 1, 2013
Verified Purchase
I find erotica interesting but some of these stories I simply could not get through. While the majority were good, it appeard that others were directed too much at the male audience which is a bit annoying. Another thing is the writing, more often than not the stories have sentences with words cut out to quicken the reading pace but for me it ruined a perfectly good story.

I have not regretted my purchase but what I was expecting was different from the actual product :)
Read more
3 people found this helpful
Report abuse