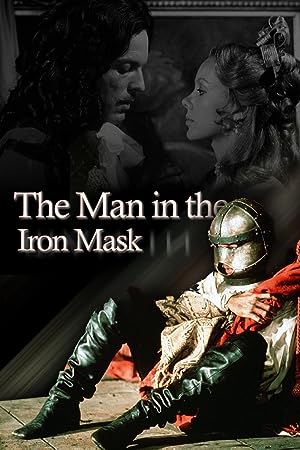 Rentals include 30 days to start watching this video and 30 days to finish once started.
Add to
Watchlist
Redeem a gift card or promotion code
By ordering or viewing, you agree to our Terms. Sold by Amazon.com Services LLC.
Write review

ALReviewed in the United States on February 3, 2022
1.0 out of 5 stars
BEWARE: THE BLU-RAY DISC FROM MovieMars “WILL ONLY PLAY IN REGION B.”
Verified purchase
I specifically chose the Blu-ray disc/$20.76, even though it was much more expensive than the DVD disc/$8.99, because the Blu-ray description had NO REGION designation, suggesting it would play on my USA/Region1/A devices.
[The DVD from a different seller clearly stated, “Playback Region 2 :This will not play on most DVD players sold in the U.S., U.S. Territories, Canada, and Bermuda…]

The Blu-ray disc would not play on any of my USA/Region1/A devices.
Funny: When you check Detailed Seller Information, MovieMars states: “PLEASE CHECK THE REGION INFORMATION ON DVD PURCHASES.”
I have ordered many DVDs in the last few months & this is the first time there has been a problem.

After doing a lot of research, I decided to keep the disc & purchase the Sony BDP-S1700 Multi Region Blu-ray DVD/$139.99 here on Amazon. After this experience & reading some of the customer reviews regarding refunds, I won’t be ordering from MovieMars again.

MauriceReviewed in the United States on April 30, 2020
5.0 out of 5 stars
Great Classic Literary Adaptation
Verified purchase
I have seen many movie adaptations of Alexander Dumas' classic story. I love the classic authors and have tried to get a nice collection of movie adaptations. I love this one. I saw it on television when it was originally broadcast and looked for it for years. I didn't realize it was available for purchase until recently. I love it still. I enjoyed all the actors, especially Patrick McGoohan and Ralph Richardson. I thought the story was well done, captivating and entertaining. Now that I am older, I lean towards movies that create more mental stimulation and deeper thinking. This one fits the bill. Great movie.
4 people found this helpful

If you've only seen the Randy Wallace version with DiCapRio and Irons, you still haven't seen it!

The Mike Newell version (my 5 star favorite) from 1977
With Richard Chamberlain and Patrick McGooHan, is pure genius! This version is a political chess match with plenty of action!

I'm so glad it's available on Amazon, my VHS copy is worn out!
26 people found this helpful

Frank CullenReviewed in the United States on September 15, 2016
3.0 out of 5 stars
How to turn an adventure flick into a bore.
Verified purchase
Two comments: 1) There may be other dvd renderings of this 1939 version of Dumas pere's adventure, but the one pictured with this review (two faces, one masked, against a black background claims to be "digitally restored to its 1939 splendor." Beware: It is not. The print is muddy and often out of focus. Indeed, it is such a poor copy that the manufacturer didn't dare print its name--inside or outside the packaging. Shame on whomever is responsible.
2) Then there is the matter of the artistic quality of the film itself. I've awarded the film three stars solely because I have enjoyed many of the actors in other movies and because they bravely struggled through Man in the Iron Mask's banal dialogue and awkward plotting (neither of which is a stain on the author (Alexandre Dumas (pere) but on screenwriter George Bruce who hashed Dumas' novel into a flacid screenplay. More sadly I must admit that director James Whale is also responsible for this dud. Whale (who directed great films in the first half of the 1930s (Frankenstein, Bride of Frankenstein, The Old Dark House, Invisible Man and the best version ever of the musical drama Showboat, had either lost his interest or his skill by the later 1930s. Possibly one (Great Garrick) of Whales' last nine films (Including Man in the Iron Mask) following Showboat was well done and interesting. Or, perhaps, taking a cue from the script of Man in the Iron Mask, an unknown Whale twin took over on the set. Or, maybe, James Whale simply didn't simply care anymore.
8 people found this helpful

LoreneReviewed in the United States on October 5, 2018
5.0 out of 5 stars
Fantastic production of a captivating tale
Verified purchase
Visually stunning and great performances especially by Richard Chamberlain in a dual role. The politics and scheming are fascinating as are the characters. This is the best version of the story bar none. Enjoy!
11 people found this helpful

R. KimReviewed in the United States on November 29, 2019
1.0 out of 5 stars
FALSE ADVERTISING. The DVD I purchased won't even work on a USA machine.
Verified purchase
GREAT MOVIE, SCUMMY SELLER. I purchased this DVD, not even realizing that it is only formatted for Region 4 release, meaning that IT WON'T EVEN PLAY ON A USA DISC PLAYER!!! You have to buy a DVD player that will accept any international disc format. I would have returned this item immediately, but it would have cost me more just to send it back. BUYER BEWARE!!!
4 people found this helpful

Helen E. T. SmithReviewed in the United States on May 30, 2020
5.0 out of 5 stars
Alexandre Dumas
Verified purchase
I viewed this movie with my mom in the early 1960's, during a little thing called Saturday Night Movies when I was a little girl. I loved it then. As a grownup, I would look for it and could never get my hands on it. Finally!!! It is in black and white as most movies were of the 30's and 40's. It is just as clear and I was locked on my sofa. Man In The Iron Mask with Louis Hayward was the best, and not with a "young looking boy" trying to carry such a heavy hitter role. What a classic!!!
One person found this helpful

C McGheeReviewed in the United States on February 20, 2010
5.0 out of 5 stars
Royalty at Risk
Verified purchase
This show along with Chamberlain's "Count of Monte Christo" shows why he was regarded as the star meant to play royalty. The wonderful thing though is that he does not command the show by his presence only. Every one of the main characters puts in a believable & inspired performance.

This is one of my all time bests. Some today may think it doesn't move quickly enough but I feel in a time that horseback was the fastest mode of land transport this pacing is correct & I enjoyed it.

It begins with a kidnapping & exile to a prison island off France's coast. There the unknown is placed in an iron mask to conceal his face for all time. As a mystery more than anything else is how the movie was shot. There is no misdirection though. From scene to scene you move without knowing who or maybe what is going on but it is rapidly revealed as the next mystery comes on screen.

Here you have royal France before its fall. The 2 personalities of the king, his queen from Spain, the philandering & the true love story not to mention the Musketeers & all the supporting roles both Good & Evil for this is a Good vs. Evil story line as all here are one or the other except for those being trampled by the conflict. Keep an eye on the island blacksmith. If you like romantic adventure, political intrigue & quiet heroism this is for you. If your bored unless there are multiple & rapid scene changes you will not like this.

Just thinking of this picture makes me smile. 5 STARS.
9 people found this helpful
See all reviews
Back to top
Get to Know Us
Make Money with Us
Amazon Payment Products
Let Us Help You
EnglishChoose a language for shopping. United StatesChoose a country/region for shopping.
© 1996-2022, Amazon.com, Inc. or its affiliates