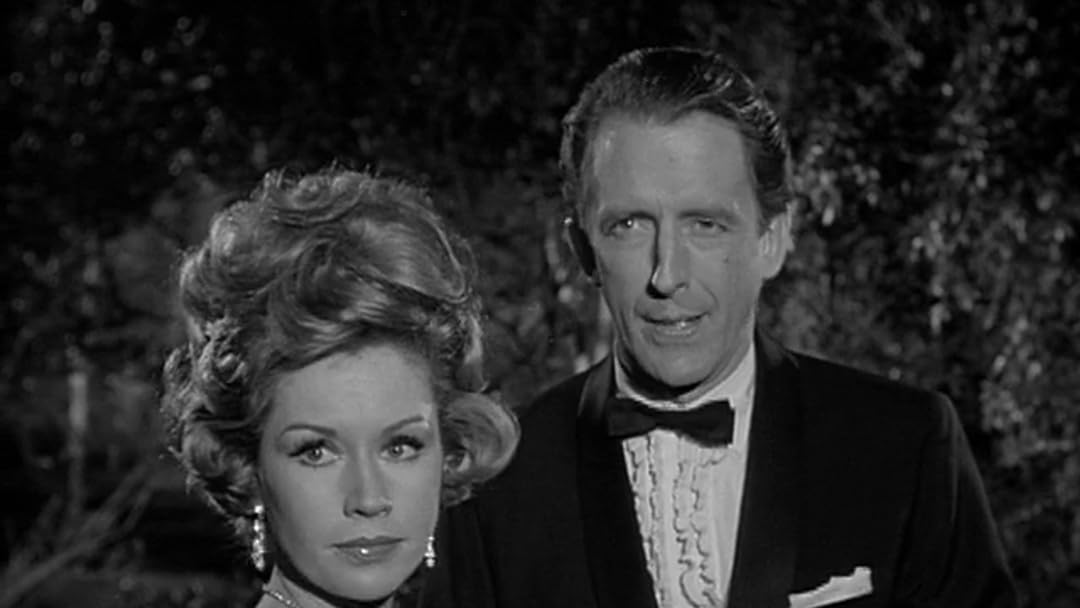 (299)
7.7196513+
In this hit spoof on the spy genre, Robert Vaughn and David McCallum star as a team of secret agents battling the global crime organization THRUSH.

P. M.Reviewed in the United States on January 3, 2022
5.0 out of 5 stars
U.N.C.L.E. TV series on streaming. "communicator" pen precedes this day's personal cell phones.
Verified purchase
Fun, and stylish .U.N.C.L.E. TV series on streaming is entertaining. I bought the 1st-4th season on Prime Streaming and loved it. Recommended. The Actors (David McCallum and Robert Vaughn) are so good, and the tongue-in-cheek spoof of the "spy" plots holds up. Battles to outwit the "Thrush" baddies; and the 60's fashions are fun to see.

Steven JReviewed in the United States on March 10, 2021
5.0 out of 5 stars
Used to watch this as a kid.
Verified purchase
It's fun to watch this old show. It's also revealing that the segments are 50:30 minutes, and not the current typical 42 or less. The commercial breaks are used as "Acts". Not at all like current programming. it's a nice look into yesteryear, what they had as high tech spy gear. Life was so much simpler in 1965.

Oh, yeah, plot and character development were better then too, even if by today's standards it seems hokey.

erdprodReviewed in the United States on September 27, 2013
4.0 out of 5 stars
My Favorite UNCLE
Verified purchase
I grew up on this show and the first season, in black and white, was the best season because of ace producer/writer Sam Rolfe who won an Oscar for his writing and later gave us Have Gun Will Travel. Starting in season two UNCLE became Batman, the TV series. This first season was down to Earth and had contributions from writer in residence Allan Caillou who was with British Intelligence during WWII behind the lines in Libya, Tunisia and Yugoslavia. He also served in two law enforcement organizations. Also impressive were some of the Directors including Richard Donner and Boris Segal. There was humor, but it was subtle. The show was actually more dramatic than the slapstick humor found in the third season. Shot on an incredibly low budget they made the best with what they had available.
17 people found this helpful

Robert L. CochranReviewed in the United States on April 12, 2015
5.0 out of 5 stars
Really Great Shows, Just Need An Old TV To Complete The Nostalgia
Verified purchase
I believe I watched this way back when it was originally aired, in the living room of my neighbor's house. My neighbor Joan was my babysitter at the time. She really liked Man From Uncle and she would let me watch the show on her family's larger-sized TV (which if I recall was in a nice wooden cabinet, too.) I believe this and "The Deadly Games Affair" and "The Green Opal Affair" were three of the shows I saw at her house. The Deadly Games Affair scared me a little all those years ago, and it still bothers me even today. But that may be the only episode I don't like. I think I saw some episodes on my family's TV too but our TV set was of poor quality. It was better to ask Joan if I could watch on her TV. My better childhood memories seem to be about Joan, Man From UNCLE and the Monkees.
2 people found this helpful

Paul HiteReviewed in the United States on March 26, 2013
5.0 out of 5 stars
Review of Season 1 on Instant Video
Verified purchase
The first season is all black abd white but don't let that stop you. This series is great, well, at least the first season is great. Many episodes were directed by Richard Donner (the Omen, Superman, Lethal Weapon). One episode was directed by John Newland (One Step Beyond). The legion of guest stars is astounding. Willian Shatner and Leonard Nimoy together in an episode long before Star Trek. Richard Kiel (Jaws). Sharon Tate, Kurt Russel, the list just goes on and on.

Man from Uncle reminds me of the English series The Avengers. Napoleon Solo is a bit like John Steed, an anachronistic representative of a earlier era, always well dressed, but a very professional spy. Another parallel is how a big time spy agency sends just two agents into situations that would seem to benefit from much more man power. And like The Avengers, Man from Uncle eventually self-destructed by getting too silly. But that happens later. Season one is very good.

It's a period piece now, showing life in the early sixties and this is part of the charm. Because it was intended fot TV in the 60's, the violence is kept to a minimum. Don't expect the kind of violence that you see on today's show, it isn't there. Man From Uncle, Season 1 is one of the best TV series from the early 60's offered by Amazon. I highly recommend it.
44 people found this helpful

Hope RoseReviewed in the United States on March 29, 2017
5.0 out of 5 stars
Great plot lines; good clean family show
Verified purchase
Though the first season is B&W, this is a great show, with great plots and great guest appearances by actors you know well, like William Shatner. Being a product of its time, it's clean, though you will want to talk to your kids about sex stereotypes of the time. I highly recommend this for parents looking to avoid subjecting their kids to current TV fare!
2 people found this helpful

CJ#131Reviewed in the United States on December 28, 2019
5.0 out of 5 stars
Best season
Verified purchase
The only great season, after that the show's style and tone change every season for the worse. The first season it was inventive and smart. By the second the agents became almost incompetent for being UNCLE's finest. Becoming more mainstream cookie cutter storyline's. Bruce Geller got the idea for Mission Impossible from the 1st season, Project Strigas Affair.

evansparkleReviewed in the United States on December 17, 2016
5.0 out of 5 stars
Great entertainment!
Verified purchase
We have enjoyed this series from the 1960's. It is well-done, and most of the plots are fun and unique. They usually involve getting a "civilian" into the mix - often a lovely young lady - who gets caught up in the UNCLE vs THRUSH thing. We like seeing the many guest stars that are in the show. One week in particular had both Dr. Spock and Captain Kirk, in sort of reverse roles. It's entertaining, and with 25 episodes, certainly a bargain. Both Robert Vaughn, and David McCallum are hotties!
See all reviews
Back to top
Get to Know Us
Make Money with Us
Amazon Payment Products
Let Us Help You
EnglishChoose a language for shopping. United StatesChoose a country/region for shopping.
© 1996-2022, Amazon.com, Inc. or its affiliates