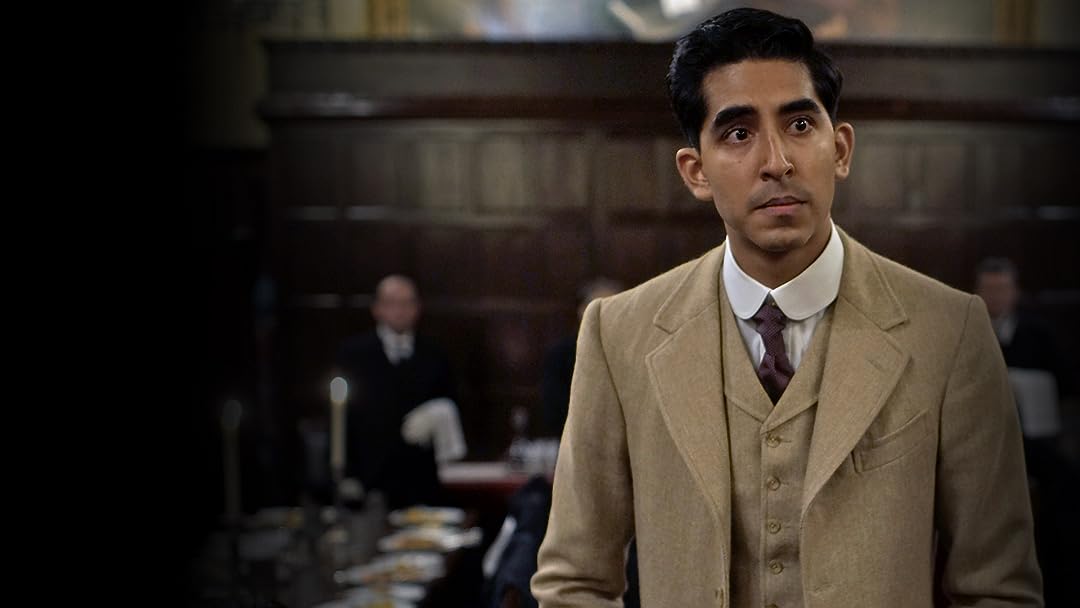 The Man Who Knew Infinity

(1,817)
7.21 h 48 min2016PG-13
In 1913, Srinivasa Ramanujan (Dev Patel), a self-taught Indian genius, traveled to Cambridge where he forged a lifelong bond with his eccentric math professor, G.H. Hardy (Jeremy Irons), while fighting a world that refused to acknowledge his achievements.

RohRiteReviewed in the United States on September 5, 2021
5.0 out of 5 stars
A Key Thing Everyone Misses in this Biopic
Verified purchase
This is a brilliant depiction of a uneducated genius whose life was cut short due to serious illness that forced Ramanujan to return to India where he died within an year. While the biopic highlights the struggles Ramanujan endured in Cambridge right from racism to classism, for me, the most important part was how Ramanujan got his formulas in his head. Ramanujan famously said, "An equation for me has no meaning, unless it represents a thought of God." He credited his work to the divine providence of Mahalakshmi of Namakkal, a family goddess who spoke to him in his dreams.

According to Hardy: “All his results...had been arrived at by a process of mingled argument, intuition and induction, of which he was entirely unable to give any coherent account.”

Michael GeorgeReviewed in the United States on August 29, 2016
5.0 out of 5 stars
an impressionistic film of the Hardy-Ramanujan collaboration
Verified purchase
This film is intended to give us an impressionistic perspective on the brief period of time (in Ramanujan's all too brief life) when he was "discovered" and collaborated with the great mathematician G. H. Hardy. Of course, we know that Ramanujan had a world-shattering genius surpassing Hardy's, at least in Hardy's estimation, but this was, nonetheless, one of the stellar collaborations in mathematics during the twentieth century. It's setting, too, was world-shattering, the Great War in Europe, WWI. It is, in essence, a good period in these outstanding mathematician's lives for an impressionistic film to be of value. The mathematicians Ramanujan and Hardy are displayed a bit stereotypically, but the movie is nonetheless of interest for anyone who is at least a little familiar with the history of mathematics during the twentieth century. Re-creating the atmosphere of the times, and the truly fine performances of the two actors in the role of Hardy and Ramanujan, makes this a powerful film worth seeing.
77 people found this helpful

Phebe HartReviewed in the United States on December 21, 2016
5.0 out of 5 stars
If you love learning and finding out about another Tesla or Einstein who is self taught (didactic) Indian underdog-watch!!!
Verified purchase
Absolutely loved this movie!!! Why isnt anyone talking about this man? another Einstein and Tesla but self taught, didnt even go to school. Literaly plucked theories from the Gods he said during meditation..made me believe in the spiritual side of knowledge! I bought a book and wanted to learn more about him after this movie i was so impressed. Its a very moving story too because of the time it occurs in and the fact that he is discriminated excessively. Im sure that's why i never heard about him vs Tesla and Eintstein a russian and a german. This man was a didactic, meaning..he read everything and he is self taught!!! Imagine teaching yourself physics and coming up with theories so many of them they span into today's inventions. They lost some of his documents until last 20 yrs or so, found them in the college he goes to in Europe and were amazed how accurate his discoveries were. Truly, someone to learn about...Patel does an exc job at portraying him and Irons is wonderful as his mentor.
30 people found this helpful

joel wingReviewed in the United States on December 24, 2020
4.0 out of 5 stars
Biography of a brilliant mathematician who had to deal with racism & proofs
Verified purchase
The Man Who Knew Infinity is a biography of Indian mathematician Srinivasa Ramanujan played by Dev Patel. Ramanujan had no degree but was brilliant with math. He sent some of his work to a famous mathematician at Cambridge G.H. Hardy (Jeremy Irons). Hardy wrote back leading Ramanujan to leave behind his wife and family for England to try to get his work published and acknowledged.

Ramanujan’s time in England is marked by culture shock and having to deal with racism. For instance he’s in a math class, completes a formula before the teacher is even done and then gets cursed at as a result by the professor who tells him he doesn’t belong at Cambridge because he’s an Indian. Another time he goes to dinner but he’s a vegetarian and can’t eat anything.

The beauty of the film comes from the relationship between Hardy and Ramanujan. Hardy sees the brilliance of Ramanujan and even knows he’s a greater mathematician than himself. He sees that Ramanujan can pick ideas seemingly out of thin air to solve some of the greatest questions in math. The problem is Hardy tries to contain and constrain him by demanding that he work through proofs to show his formulas work. It leads to plenty of conflict.

The ending is very melancholy as well.

It’s a great movie and one doesn’t have to even like math to appreciate what Ramanujan did.
C

Michael T. FeeneyReviewed in the United States on September 2, 2016
5.0 out of 5 stars
Nerd Tears
Verified purchase
As the review Kevin McCarthy would say...'Nerd Tears'. Yes I'm afraid so. Just can't help it. Just shows you how great the acting is in this true story. I'm sure it not everyone's cup of tea but you have to admire directors and actors that recreate real persons make you care for their lives in 120 minutes or so. In or out of India Dev Patel pulls you in in every performance. Jeremy Irons I have always liked but was never an actor I always looked for, now I will.
52 people found this helpful

Richard M. KennedyReviewed in the United States on August 26, 2016
5.0 out of 5 stars
Beauty and Brilliance
Verified purchase
Beautifully executed reproduction of a true story of a mathematics prodigy. Dev Patel and Jeremy Irons are stunning together. Irons, to my thinking belongs squarely in the Pantheon of greatest actors. The movie's aura puts one in mind of a Merchant Ivory cinematic production. This is one I plan to watch many times over.
43 people found this helpful

Frank TerranovaReviewed in the United States on September 19, 2016
5.0 out of 5 stars
Mini Review of "The Man Who Knew Infinity"
Verified purchase
Nice bio-pic about one of India's and the modern world's greatest theoretical mathematicians, Srinivasa Ramunujan (1887 - 1920).

The emotional complexities of Ramunujan life are well characterized. In particular Ramunujan's early frustrations at having to prove that his brilliant mathematical insights were actually correct.

The importance of Hardy and Ramanujan's interests in particular areas of theoretical mathematics is well conveyed but the explanation to the lay audience might have been better. However, those subjects under consideration are so rarified that at least a few hours would have been needed. The extra time would likely have turned off even sophisticated viewers. So one can only subtract at most 0.333... of a point for not making the abstract math problems dealt with clear in 108 minutes.

The movie also conveys Ramunujan's problems with his traditionalist Hindu family in India and the colored skin prejudices not only of fellow students but many Cambridge professors as well.

Bottom Line: A well done biography of an important early twentieth century theoretical mathematician that, as should be expected, requires the viewer to do a little math homework for a clearer understanding.
9 people found this helpful

HalKid2Reviewed in the United States on March 29, 2022
5.0 out of 5 stars
Fascinating Glimpse Into British Racism and Classism
Verified purchase
Imagine a bunch of stuffy academic mathematicians at the UK's Cambridge University during World War I (portrayed by the likes of Jeremy Irons, Toby Jones, and Stephen Fry). Then imagine a truly brilliant, but unschooled amateur mathematician (Dev Patel) from the British colony of India, comes to share his own discoveries. It's a wonderful clash between young and old, white and color, upper class and lower class. It's very helpful in understanding all the hoops that people of color must jump through in order for established, white people to take them seriously.
See all reviews
Back to top
Get to Know Us
Make Money with Us
Amazon Payment Products
Let Us Help You
EnglishChoose a language for shopping. United StatesChoose a country/region for shopping.
© 1996-2022, Amazon.com, Inc. or its affiliates