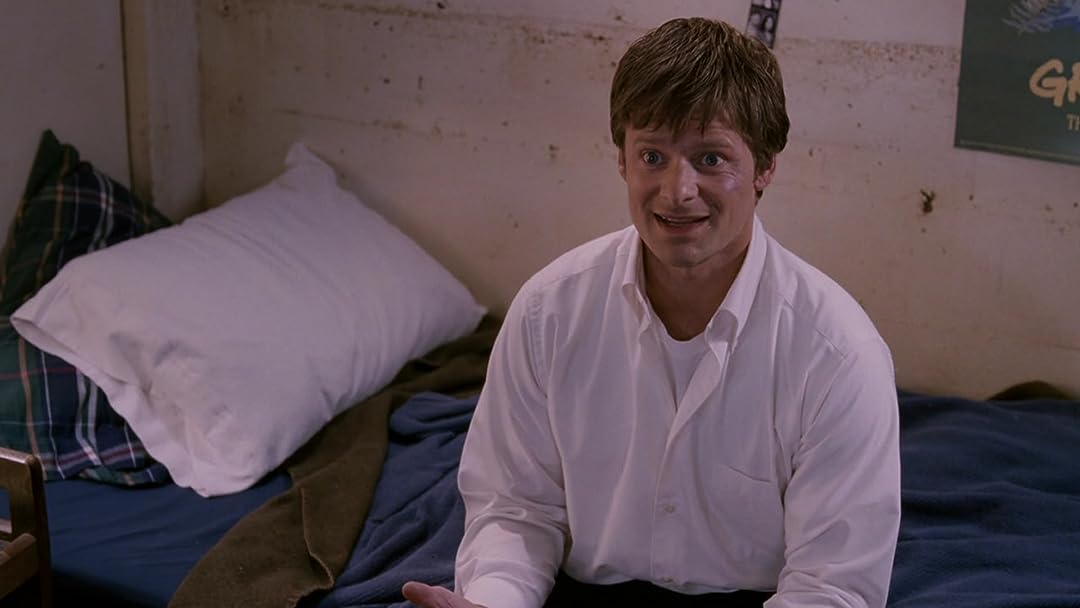 (313)
5.81 h 33 min2014X-RayR
Jennifer Aniston and Steve Zahn star in this smart romantic comedy about a motel night manager who won't take no for an answer when he falls for an uptight sales rep.

JeanReviewed in the United States on November 29, 2018
2.0 out of 5 stars
Stalker gets the girl - Puhleeze!
Verified purchase
This movie was beyond weird. A creepy stalker harasses a guest at his family hotel (calling Norman Bates), and worse - he follows her back to her home half way across the country. Why the woman (Aniston) seems to respond positively to this creepy treatment is a total mystery. Don't expect an answer to that mystery - it never becomes clear.

Two stars for the supporting cast, and some nice music. The plot is wholly ridiculous, and the chemistry between the two leads is zero. Swing and a miss.

Double HappinessReviewed in the United States on April 25, 2020
1.0 out of 5 stars
WHAT! "CREEPY" IS THE WORD TO DESCRIBE THIS MOVIE !
Verified purchase
SPOILER ALERT . . .

A movie like this makes creepy men think that it is okay to do creepy things.

A business woman (Jennifer Aniston) checks into a motel room, alone. The motel manager (who looks creepy from the first glance) follows her and knocks on her motel room door. She opens the door to see him standing there with a bottle of wine, which he claims is a complimentary thing that he offers to all of the new motel guests. She appears annoyed, but she invites him in, has one sip of the wine, and then asks him to leave after about 5 minutes. At this point, all that I could think was that she was being polite and was humoring him, and that she was lucky that he didn't try to rape her.

The next night, the manager knocks on her motel room door again, this time with a bottle of champagne. She again appears annoyed, but she again invites him in. At this point, I realized that there was something wrong with this woman for letting him in a second time. As she is sipping the champagne, he suddenly tells her that she has a nice butt. What! Instead of being shocked and insulted (and even afraid), she thanks him for the compliment. She then asks him to leave, but first, she says that he can feel her butt before he leaves. What! Then, she actually bends over for him. He simply lays his hand down on her butt - - what could he possibly feel through thick wool pants, except for wool - - and he comments that it feels warm, and then he leaves. At this point, all that I could think was that there was something seriously wrong with this woman. Didn't she ever hear of Norman Bates from "Psycho"?

The next morning, the woman checks out of the motel. She gets into her car, ready to drive away. Suddenly, she gets out of her car and actually goes to find that creep. She finds him alone in the laundry room. Without a single word, she just grabs him and has sex with him, right there on the laundry table. She acted as if that creep were some irresistible gorgeous young guy. What! At this point, it is clear that this woman is insane.

And, yes, it just keeps getting worse.

Why would a successful actress like Jennifer Aniston participate in a movie like this? Everything about this movie sends a message to men that these kinds of behaviors are okay.

Jan MarieReviewed in the United States on December 19, 2018
1.0 out of 5 stars
Can't get past the first 10 minutes
Verified purchase
Steve Zahn, as per usual, makes everything uncomfortable, for the other actors and guaranteed for the audience. I can't get past the uncomfortable intrusions he makes on Jen Aniston in the first 10 minutes. The only saving grace of this film is Margo Martindale, unsurprisingly.
5 people found this helpful

Amazon CustomerReviewed in the United States on November 30, 2018
3.0 out of 5 stars
A lot to like about this movie, but not worth paying to rent
Verified purchase
If you suspend your disbelief that this woman wouldn't have run a mile, with this guy creeping around her motel room (or have some serious mental issues herself)... Very sweet characters, nice and quirky setting. Loses it's way by the end, especially the Buddhist monastery -- totally out of context. And what's with the meditation scenes? Things don't connect well, so I suspect some executives got hold of the writing and messed things up at some point.

The ending is good but unfortunately makes no sense -- how would you make money by running a homeless shelter exactly? And with a new baby?
4 people found this helpful

M.S.M.Reviewed in the United States on December 21, 2018
1.0 out of 5 stars
goes from bad to worse
Verified purchase
This movie starts off bad, then gets weird and unbelievable, then gets disgusting, and then we turned it off. From the part we saw, the man is a 'basement dweller" type that stalks Aniston's character in a weird way, and she is okay with this?? It isn't romantic and it isn't comedic. It is just weird and odd.
8 people found this helpful

S. VecchioReviewed in the United States on October 22, 2017
5.0 out of 5 stars
Jennifer is a damn good actress, and rises when she has a co-star ...
Verified purchase
I thought the script and actors brought this from the typical
Jennifer movie and took it to a higher level.
Steve Zahn is tremendous. He hasn't been appreciated in the way he deserves, but there's an Oscar in his future. He is an actor that you don't have to hold YOUR breath, worrying about a line not ringing true. He can carry a nuanced role without the tiniest out of character moment.

Jennifer is a damn good actress, and rises when she has a co-star like Zahn. She took a risk in "Cake", and was good.
Some thought Oscar worthy, but I'm waiting for her tour de force, performance, and it will come.
Maybe with Zahn?

Loved it.
6 people found this helpful

Jasper RodgersReviewed in the United States on February 5, 2019
5.0 out of 5 stars
Sweet and quirky.
Verified purchase
So many negative reviews! I loved it. Steve zahn plays a character that hasn't grown up yet- managing his parents hotel and his mom is dying. Meets jennifer Aniston someone who's super lonely and just as strange as Steve zahn but in different ways. He takes a shot they have sex. He gets drunk and flies across country to see hee but he only had enough money for a one way ticket. He took one shot and it worked why wouldn't he take another? The movie is sweet and wonderful.
4 people found this helpful

Amazon CustomerReviewed in the United States on April 14, 2020
5.0 out of 5 stars
Okay, I personally found this movie to be sweet and quirky...
Verified purchase
While I watched this movie I personally found it to be sweet and quirky and didn't think of it any other way until afterward when I read other peoples reviews. After reading other peoples reviews, I can see how others may view this movie as weird and lacking sense but I thoroughly enjoyed it and found it to be sweet and quirky.
See all reviews
Back to top
Get to Know Us
Make Money with Us
Amazon Payment Products
Let Us Help You
EnglishChoose a language for shopping. United StatesChoose a country/region for shopping.
© 1996-2021, Amazon.com, Inc. or its affiliates