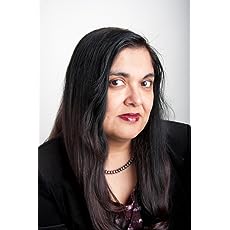 Manisha Sinha, the Draper Chair in American History at the University of Connecticut, Storrs, was born in India and received her Ph.D from Columbia University where her dissertation was nominated for the Bancroft prize. Her claim to fame: she appeared on Jon Stewart's The Daily Show in 2014. Her book The Counterrevolution of Slavery: Politics and Ideology in Antebellum South Carolina was named one of the ten best books on slavery in Politico in 2015. She has written for The New York Times, The Huffington Post, The New York Daily News, Time Magazine, and has been interviewed by The Times of London, The Boston Globe, and Slate. She was an adviser and on-screen expert for the Emmy nominated PBS documentary, The Abolitionists, which is a part of the NEH funded Created Equal film series. She received the Distinguished Graduate Mentor Award as well as the Chancellor's Medal, the highest faculty honor, from the University of Massachusetts, where she taught for over twenty years.
Read more 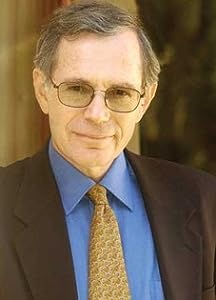 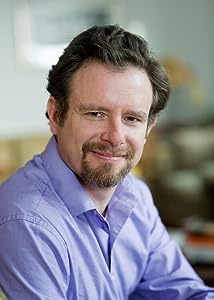 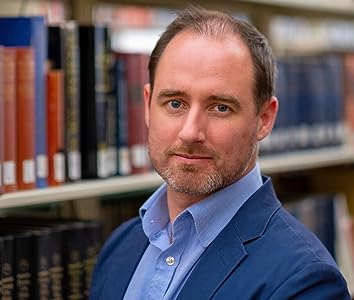 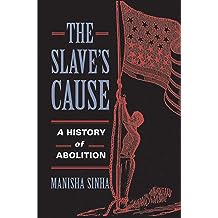 Received historical wisdom casts abolitionists as bourgeois, mostly white reformers burdened by racial paternalism and economic conservatism. Manisha Sinha overturns this image, broadening her scope beyond the antebellum period usually associated with abolitionism and recasting it as a radical social movement in which men and women, black and white, free and enslaved found common ground in causes ranging from feminism and utopian socialism to anti-imperialism and efforts to defend the rights of labor.

Drawing on extensive archival research, including newly discovered letters and pamphlets, Sinha documents the influence of the Haitian Revolution and the centrality of slave resistance in shaping the ideology and tactics of abolition. This book is a comprehensive history of the abolition movement in a transnational context. It illustrates how the abolitionist vision ultimately linked the slave’s cause to the struggle to redefine American democracy and human rights across the globe.

“A full history of the men and women who truly made us free.”—Ira Berlin, The New York Times Book Review

“Will deservedly take its place alongside the equally magisterial works of Ira Berlin on slavery and Eric Foner on the Reconstruction Era.”—The Wall Street Journal

“A powerfully unfamiliar look at the struggle to end slavery in the United States . . . as multifaceted as the movement it chronicles.”—The Boston Globe
Read more
Other Formats: Audible Audiobook , Hardcover , Paperback , Audio CD The Counterrevolution of Slavery: Politics and Ideology in Antebellum South Carolina Jun 19, 2003
by Manisha Sinha
( 11 )
$16.19
In this comprehensive analysis of politics and ideology in antebellum South Carolina, Manisha Sinha offers a provocative new look at the roots of southern separatism and the causes of the Civil War. Challenging works that portray secession as a fight for white liberty, she argues instead that it was a conservative, antidemocratic movement to protect and perpetuate racial slavery.

Sinha discusses some of the major sectional crises of the antebellum era--including nullification, the conflict over the expansion of slavery into western territories, and secession--and offers an important reevaluation of the movement to reopen the African slave trade in the 1850s. In the process she reveals the central role played by South Carolina planter politicians in developing proslavery ideology and the use of states' rights and constitutional theory for the defense of slavery.

Sinha's work underscores the necessity of integrating the history of slavery with the traditional narrative of southern politics. Only by taking into account the political importance of slavery, she insists, can we arrive at a complete understanding of southern politics and the enormity of the issues confronting both northerners and southerners on the eve of the Civil War. 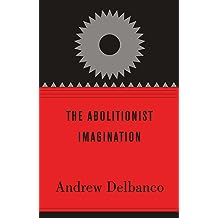 The Abolitionist Imagination (The Alexis de Tocqueville Lectures on American Politics Book 3) Apr 23, 2012
by Andrew Delbanco , John Stauffer , Manisha Sinha , Darryl Pinckney , Wilfred M McClay , Daniel Carpenter , Wilfred M. McClay
( 2 )
$17.95
Abolitionists have been painted in extremes—vilified as reckless zealots who provoked the bloodletting of the Civil War, or praised as daring reformers who hastened the end of slavery. Delbanco sees them as the embodiment of a driving force in American history: the recurrent impulse of an adamant minority to rid the world of outrageous evil.
Read more
Other Formats: Hardcover 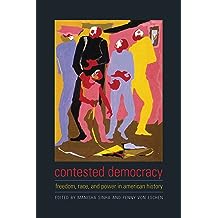 With essays on U.S. history ranging from the American Revolution to the dawn of the twenty-first century, Contested Democracy illuminates struggles waged over freedom and citizenship throughout the American past. Guided by a commitment to democratic citizenship and responsible scholarship, the contributors to this volume insist that rigorous engagement with history is essential to a vital democracy, particularly amid the current erosion of human rights and civil liberties within the United States and abroad. Emphasizing the contradictory ways in which freedom has developed within the United States and in the exercise of American power abroad, these essays probe challenges to American democracy through conflicts shaped by race, slavery, gender, citizenship, political economy, immigration, law, empire, and the idea of the nation state.

In this volume, writers demonstrate how opposition to the expansion of democracy has shaped the American tradition as much as movements for social and political change. By foregrounding those who have been marginalized in U.S society as well as the powerful, these historians and scholars argue for an alternative vision of American freedom that confronts the limitations, failings, and contradictions of U.S. power. Their work provides crucial insight into the role of the United States in this latest age of American empire and the importance of different and oppositional visions of American democracy and freedom.

At a time of intense disillusionment with U.S. politics and of increasing awareness of the costs of empire, these contributors argue that responsible historical scholarship can challenge the blatant manipulation of discourses on freedom. They call for careful and conscientious scholarship not only to illuminate contemporary problems but also to act as a bulwark against mythmaking in the service of cynical political ends.