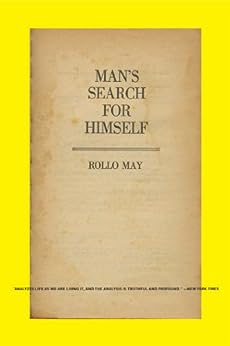 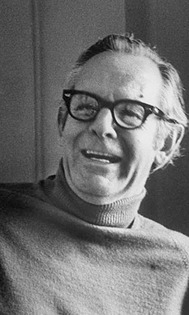 Man's Search for Himself Kindle Edition

by Rollo May (Author) Format: Kindle Edition
See all formats and editions
Sorry, there was a problem loading this page. Try again.
Great on Kindle
Great Experience. Great Value.

"Analyzes life as we are living it, and the analysis is truthful and profound."--New York Times

Loneliness, boredom, emptiness: These are the complaints that Rollo May encountered over and over from his patients. In response, he probes the hidden layers of personality to reveal the core of man's integration--a basic and inborn sense of value. Man's Search for Himself is an illuminating view of our predicament in an age of overwhelming anxieties and gives guidance on how to choose, judge, and act during such times.
Read more
Previous page
Next page

"May faces problems with courage, honesty, and responsibility...a brilliant psychologist."
― Chicago Tribune --This text refers to the paperback edition.

Rollo May (1909-1994) taught at Harvard, Princeton, and Yale, and was Regents' Professor at the University of California, Santa Cruz. An influential psychologist, he was the best-selling author of Love and Will, as well as the author of The Courage to Create, Man's Search for Himself, The Meaning of Anxiety, and Psychology and the Human Dilemma. --This text refers to the paperback edition.

Rollo May (1909-1994) was an influential existential psychologist and the author of Love and Will, The Courage to Create, and The Discovery of Being.

4.7 out of 5 stars
4.7 out of 5
305 global ratings
How are ratings calculated?
To calculate the overall star rating and percentage breakdown by star, we don’t use a simple average. Instead, our system considers things like how recent a review is and if the reviewer bought the item on Amazon. It also analyzes reviews to verify trustworthiness.
Top reviews

ScorpTati21
5.0 out of 5 stars If only you knew the insight that awaits you within these pages...
Reviewed in the United States on January 21, 2015
Verified Purchase
This book, has to be one of the classics in my book. I'm an avid reader, and I dabble a bit in psychology/philosophy and if you enjoy both you'll enjoy this book. I was listening to an Earl Nightingale audio book and he mentioned this book in it. It sounded interesting so I decided to buy it. I LOVE THIS BOOK. Now I must say I'm a bit partial because I realized while reading it that we share similar views on a lot of things. I even bought 2 other books of his immediately after starting this one (and LOVED them just the same!) but either way he explains things very thoroughly in an eclectic mix of psychological science and philosophical theory! And the way he ties everything together! It's really good. I bought this book in pretty good condition for 1 cent which is great, but also kinda sad because it just goes to show how much intellectual genius is undervalued these days! But it's a great book and I highly recommend it for cerebral people.
Read more
34 people found this helpful
Helpful
Report abuse

Casimiro
5.0 out of 5 stars You can have better Life!
Reviewed in the United States on August 15, 2018
Verified Purchase
It is a pity that this book that was written in the middle of the past century is almost unknown... For me it was very useful to look in True for myself and to give me tools for live better my existence!
Read more
7 people found this helpful
Helpful
Report abuse

Gary V. Ventimiglia
5.0 out of 5 stars One of the best books on the human condition ever!
Reviewed in the United States on October 4, 2010
Verified Purchase
Rollo May's understanding on the pressures of being human in this world are extraordinary. Writing in the shadow of World War Two, and the recent ending of the Korean war with its fears of global destruction, May introduces the idea of a new anxiety that treatens the person from the outside. Because of this, he sees a greater emphasis put on the familial, and interpersonal relationships of life. His emphasis on the "morbid dependencey," on mother, the regressive giving up of one's responsible growing up into maturity is quite profound. His chapter entitled, "THE STRUGGLE TO BE," with its sections called "Cutting The Psychological Umbilical Cord," and "The Struggle Against Mother," are very relevant to our own time even though May wrote nearly fifty years ago. Also the way May describes the loneliness, anxiety, guilt, and purposelessness of modern man hits the mark of the 21st century's post-modern environment. May's use of Kierkegaard, Nietzsche, Fromm, Eliot, Freud, Spinoza, Tillich, Goethe, Kafka, and Jesus in relevant and understandable ways, shows the breath of his scholarship. He writes as one who is in the midst of his cultural commentary. As a practicing psychoanalyst, and existential philosopher he describes the depth of a person's struggles with his/her own essential meanings, and the height of the society's struggle with dealing with the trivializtions of the important issues of life. Rollo May has given us a masterpiece on understanding the predicament that so many people find themselves in: estrangement from themselves, from God, from other people, and from their own culture.
Read more
22 people found this helpful
Helpful
Report abuse

Valderene
5.0 out of 5 stars Very good book
Reviewed in the United States on June 20, 2020
Verified Purchase
Definitely a book a therapist should read! It makes understand well concepts of loneliness, empathness, and how this can convert in anxiety and depression.
Read more
Helpful
Report abuse

senan Al-Shutbi
5.0 out of 5 stars This book explained well. “We fight for our freedom & we collapse once we have it”
Reviewed in the United States on October 4, 2018
Verified Purchase
I liked this book some much, It uncover the a lot things regarding our behavior. I was amazed to find out that as human being we fight for our freedom when someone take even shadowing our identity is not acceptable. I have read history books and royal families conflicts and fight about their freedom.
Read more
3 people found this helpful
Helpful
Report abuse

Mark Mace
5.0 out of 5 stars Rollo May and greater 'context' within life's dynamic.
Reviewed in the United States on December 14, 2012
Verified Purchase
May has never disappointed. He always brings the broadest context into play as he illuminates any human issue; cogently and carefully explaining his concepts with examples from his own and clients experience. He never plies you with information for its own sake or recipes for problem solving. Instead he helps us to build understanding of our greater milieu..leaving us thankful for his contributions and confident to work our personal solutions in the context of our own lives.
Read more
5 people found this helpful
Helpful
Report abuse

Fred Preval
5.0 out of 5 stars Great book
Reviewed in the United States on May 18, 2019
Verified Purchase
if you are looking for a bigger understanding of why we do what we do and why we act how we act this is the perfect book for you.
Read more
Helpful
Report abuse

temo99945
5.0 out of 5 stars Helps you get to know you
Reviewed in the United States on July 1, 2019
Verified Purchase
Great book to give insight on our inner plight to knowing ourselves
Read more
Helpful
Report abuse
See all reviews

MS
5.0 out of 5 stars That one book that can change the way you look at life.
Reviewed in the United Kingdom on January 3, 2018
Verified Purchase
I've heard about this book many time, finally decided to buy it. 5 stars isn't enough, learned more than I excepted.
Read more
2 people found this helpful
Report abuse

D. Charles
5.0 out of 5 stars Great guy.
Reviewed in the United Kingdom on July 25, 2018
Verified Purchase
Rollo May is a great guy who studied existentialism. His short videos are great. His books mediocre. Though I’ve only read this one, half of this one. However he is still an amazing thinker. One of the best.
Read more
One person found this helpful
Report abuse

Eugenia
5.0 out of 5 stars Amazingly accurate
Reviewed in the United Kingdom on June 16, 2021
Verified Purchase
Great book everyone should read at least once in a lifetime. I have so much liked his writings I will get all his books! His words make sense and relate to the today world very well!
Read more
Report abuse

Amazon Customer
5.0 out of 5 stars Powerful Read
Reviewed in the United Kingdom on September 30, 2018
Verified Purchase
One of the most eye opening books I’ve read. Very well written & there are numerous examples in the book which illustrates the importance of self actualisation and becoming more of oneself.

Duderino
5.0 out of 5 stars Flawless
Reviewed in the United Kingdom on May 22, 2020
Verified Purchase
Brilliant read for any interested in existential counselling. Even in the darkest of times you can remain an individual.
Read more
Report abuse
See all reviews