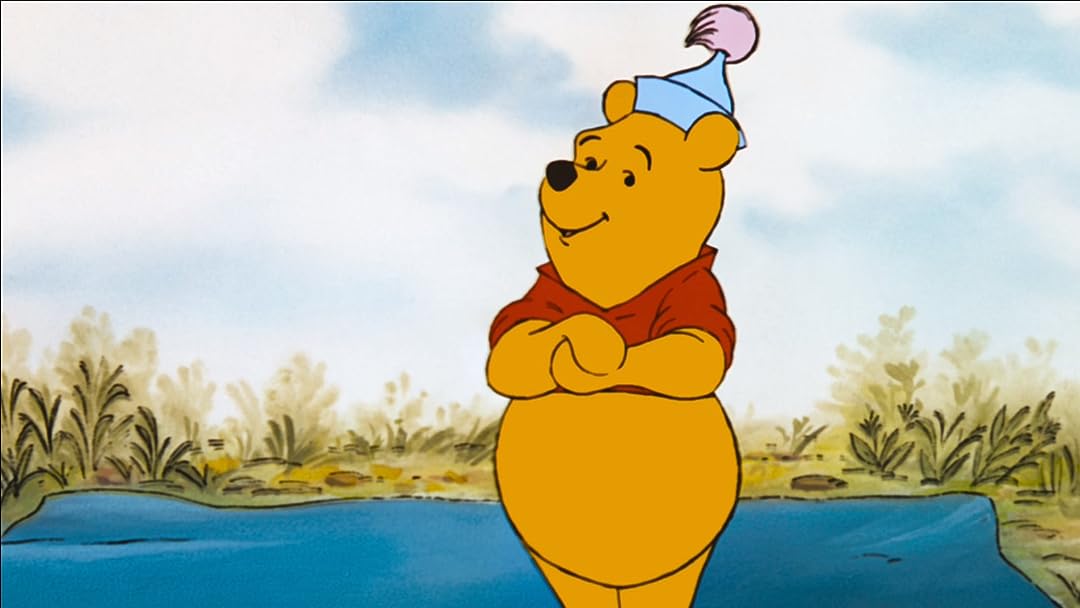 The Many Adventures Of Winnie The Pooh

Browns&amp;BeagleReviewed in the United States on July 1, 2016
5.0 out of 5 stars
Notice on DIGITAL PURCHASES
Verified purchase
Love the content--everything you remember from the originals...BUT...

SelenaReviewed in the United States on July 8, 2018
5.0 out of 5 stars
This is the one I've been looking for!!!
Verified purchase
This is the Winnie the Pooh I remember from my childhood! I had looked everywhere and couldn't find it, but I didn't realize that it was because I was looking for a television series when it is actually presented as more of a movie. I love watching Pooh walk across the pages, and I LOVE that theme song! It is my daughter's favorite lullaby for me to sing to her. It has been such a joy to introduce this version of Pooh to her, and where else can you find lisping Gopher? :)
29 people found this helpful

so happyReviewed in the United States on December 23, 2017
5.0 out of 5 stars
Perfect brain candy for when the kids feel sick.
Verified purchase
When my kids were young and not feeling well I would set up the family room 'death bed' and play all the old Disney movies they watched when small. This continued right up until high school. I bought this along with several other Disney classics for my daughter to have at her home and continue the tradition with her children.
35 people found this helpful

JRussellReviewed in the United States on February 19, 2018
5.0 out of 5 stars
Original Version, very nostalgic.
Verified purchase
This is the movie I watched as a kid, so it's very nostalgic to watch it with my daughter. She loves Pooh. As an adult, it's weird to see some of the creepier scenes, like the Heffalumps and Woozles song, but it never bothered me as a kid. Doesn't seem to bug my girl, either. Before we bought it, my husband surprised me when he knew all the words to Pooh's "Stoutness Exercises" song. Cracked me up.
29 people found this helpful

Richard P.Reviewed in the United States on September 19, 2021
5.0 out of 5 stars
A Favorite Winnie the Pooh Compilation
Verified purchase
I recently appeared on a podcast to discuss my love for this Winnie the Pooh collection. Released in 1977, this musical anthology is comprised of three previously released animated featurettes - 1966's Winnie the Pooh and the Honey Tree, 1968's Winnie the Pooh and the Blustery Day, and 1974's Winnie the Pooh and Tigger Too. A fourth scene, a shorter one, was added to give the film a more cohesive ending. It's based on the final chapter of The House at Pooh Corner and involves Christopher Robin's leaving Hundred-Acre Wood to go to school.

Winnie the Pooh and a Day for Eeyore was added to this collection in 1983, though it's not in this particular collection.

This collection was the final collection on which Walt Disney himself had direct involvement. There's no denying it's a kinder, gentler collection that avoids the razzle-dazzle of contemporary animation. It's sweet, fun, and filled with gentle, life-affirming values. It's easily one of my favorite of Disney's animated collections even over 40 years after its release.

If you look at the voice work, you also find some old television familiar faces including multiple voice actors who played live characters on The Andy Griffith Show. Music by the Sherman Brothers is warm and winning.

As a fun fact, the character of Gopher does not appear in the Milne stories. It was added by the studio as an American character to better draw in American audiences. It was also hoped Gopher would add a light element of comedy to the Pooh universe.

Animation has changed greatly over the years but The Many Adventures of Winnie the Pooh remains one of my absolute favorite animated features.

Freddy The FrogReviewed in the United States on March 26, 2018
5.0 out of 5 stars
Get the Blu-ray and experience THE BEST of Winnie the Pooh
Verified purchase
Don't Play Games!
Get the Blu-ray full version if you want to truly step back to your childhood and have that full theater experience.
Disney paved the way and set the standard for theater scale animated storytelling and this collection will serve to inspire and excite your children and grandchildren.

74 Minutes of hand rendered and illustrated backgrounds, with hand sketched and colored animated cells... frame by fabulous frame... you don't see that anymore. You'll appreciate the art behind this film when you realize the backgrounds are watercolor illustrations, the characters are sketched by animators, and later copied and hand painted with custom colors. It's more than a simple cartoon.

And that highly recognizable Winnie the Pooh voice - by Sterling Holloway

Break out the popcorn, take your seats, kill the lights and experience Winnie the Pooh with this FABULOUS Blu-ray Disc.

I'm thrilled with it and recommend The Many Adventures Of Winnie The Pooh (Blu-ray) version without reservation!
24 people found this helpful

Elisha NicholsReviewed in the United States on January 4, 2022
5.0 out of 5 stars
Love it
Verified purchase
My son LOVES Winnie the Pooh. I'm not joking when I say we watch the Winnie the Pooh ride at Disneyland on repeat at least 80 times a day on YouTube. My son is in love with the Heffalumps and Woozles song. He is 3 and now can sing almost every word. When he needs a break from the ride he switches to the song. When he needs a break from that he switches to this movie on Disney+. We have a DVD player in our car and after months of Dumbo on repeat and him begging to watching Winnie the Pooh in the car Santa made it happen.

So thrilled to find this at a reasonable price. My son is ecstatic about this movie, and begs to watch it daily.
2 people found this helpful
See all reviews
Back to top
Get to Know Us
Make Money with Us
Amazon Payment Products
Let Us Help You
EnglishChoose a language for shopping. United StatesChoose a country/region for shopping.
© 1996-2022, Amazon.com, Inc. or its affiliates