You've subscribed to Terran Scout Fleet! We will preorder your items within 24 hours of when they become available. When new books are released, we'll charge your default payment method for the lowest price available during the pre-order period.
Update your device or payment method, cancel individual pre-orders or your subscription at
Your Memberships & Subscriptions
There was an error. We were unable to process your subscription due to an error. Please refresh and try again. 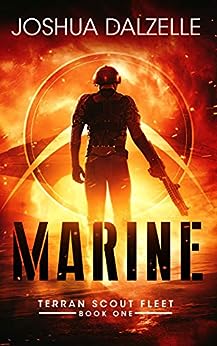 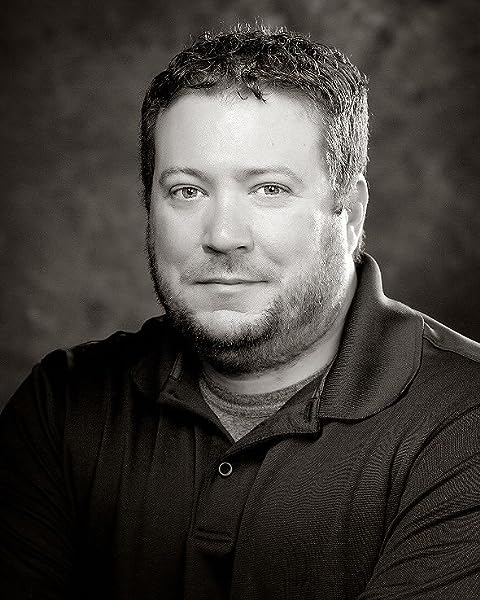 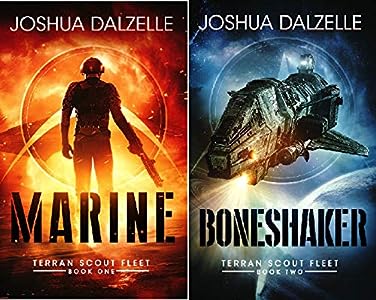 4.5 out of 5 stars
4.5 out of 5
800 global ratings
How are ratings calculated?
To calculate the overall star rating and percentage breakdown by star, we don’t use a simple average. Instead, our system considers things like how recent a review is and if the reviewer bought the item on Amazon. It also analyzes reviews to verify trustworthiness.

Shane Pruyne
3.0 out of 5 stars I'll dive into "Omega Force" before I tackle the next book.
Reviewed in the United States on January 25, 2019
Verified Purchase
Three and a half stars. I need to qualify this, I came to Joshua Dalzelle through "The Black Fleet Trilogy" and not "Omega Force". When I saw a "new" trilogy I was ready to dive in. This is new but it takes place firmly in the "Omega Force" universe. Having not read this series I felt like I was missing half the story. There is background and history that are not divulged in this book and it left me scrambling.

I like the overall story and the primary characters are interesting. Dalzelle tells a good tale and keeps his characters largely realistic. This particular edition was rife with editing misses. Misused and double words abound. Good but not great. I think I'll finally dive into "Omega Force" before I tackle the next book. I will definitely be reading both.
Read more
34 people found this helpful
Helpful
Report abuse

ilbob
3.0 out of 5 stars good enough
Reviewed in the United States on January 14, 2019
Verified Purchase
I bought this book after reading the sample. It tells the story of a genetically enhanced human who becomes an intelligence operative for the Earth space navy.

The story could have been a lot more subtle, and it would probably have been better for more subtlety, but I am not sure the author is capable of doing so. I would have given it another star if it had a little more plausibility on the intelligence side of things. It read more like a seek and destroy mission than an intelligence operation at times.

Even so it was mostly a fun read, if not a real long one.
Read more
19 people found this helpful
Helpful
Report abuse

Jeffrey S. Meyer
5.0 out of 5 stars Buckle up Buttercup this ride is going to be a wild one
Reviewed in the United States on January 4, 2019
Verified Purchase
Great new direction/perspective in the Omega Force space. It was a fun read as we follow Jacob through this adventure that gives numerous subtle nods to the Omega Force gang though never crossing paths but definitely making his own way. I was looking forward to his interaction with the Galvetic Legions that abruptly got cancelled. This is going to be interesting going forward as Jacob will continue to cross paths with the numerous aliens that have had encounters with his father and crew. I could see Jacob in the future meeting Kaleai Kolera, The Viper or a Avarian Princess.
Read more
14 people found this helpful
Helpful
Report abuse

raymond rothfeldt
4.0 out of 5 stars A terrific branch in the Omega Force universe
Reviewed in the United States on August 28, 2019
Verified Purchase
Let me start off by saying the only reason I gave this book 4 stars instead of 5 is due to the editing and proofing. That would rate 1 star. The story is definitely worthy of 5 stars.

If you've read the Omega Force series, you're aware that Jason Burke fathered a son at the end of Savage Homecoming. You're also aware that because of the political situation surrounding Jason's twice saving his home world from alien annihilation, he never had a relationship with his son, except by proxy through a Navy commander and a CIA spy.

This is that son's story.

Jacob Brown is introduced to us as senior cadet at the prestigious Terranovus Academy, where officers for Earth's fledgling space navy are made. He's got a chip on his shoulder the size of the Empire State building, and for good reason. His father, considered Earth's greatest traitor, knocked up his mother and never even had the decency to send a birthday card. What's more, Jacob has been both blessed and cursed with some of his father's attributes: superhuman speed and strength, and a white-hot temper that's landed him in trouble often during his academy training.

Then one day, Jacob is essentially shanghaid into the Marine Corps. His new CO is a man who knows his father; his immediate supervisor owes Jason Burke his life. What follows is Jacob's tale along two tracks. He not only has to take operational control of a covert mission gone sideways, he must also try and come to grips with the fact that his father is anything but a traitor. Along the way, he'll need to ferret out a real traitor, match wits with some of the galaxy's most talented spies, solve a murder and rescue his covert team. Oh, and he'll also need to keep his wits about him because he'll find himself face-to-face with the most talented and ruthless mobster in the quadrant.

If it sounds like there's action aplenty, that's because there is. There's also a good dose of humor , plenty of suspense and some reflective parts. In short, this is an absolute page turner.

By the way, if you're unfamiliar with the Omega Force characters, fear not. This book functions as a stand-alone just fine, with enough explanation of OF details that you won't feel lost.
Read more
5 people found this helpful
Helpful
Report abuse

Kindle Customer
5.0 out of 5 stars Regarding your reference to w.e.b. Griffin!
Reviewed in the United States on January 1, 2019
Verified Purchase
My first book from w.e.b. I've read, happened to be "the Corps 1" which introduced McCoy. As a consequence I've purchased all books by this author.
Always on lookout for authors whose works are appealing to me I'd ran across Omega Force and Joshua right off advanced to the top of my Sciefi writers list and this latest book definitely cements him there.
Joshua's reference to McCoy in w.e.b. Griffin's "Corps" sure helped my understanding of the parallel in writing style, and I'm looking forward to a continuation of both series by Joshua, which will no doubt get top rating by me for every individual book.
Sincerely, Joe
Read more
11 people found this helpful
Helpful
Report abuse

Sondor
2.0 out of 5 stars Boring and full of tropes
Reviewed in the United States on July 12, 2020
Verified Purchase
The story itself was pretty unoriginal, following the same route as countless other novels have.

Every action plot twist was fairly predictable. The things that weren't predictable were only that way because the readers were kept completely in the dark about it. Characters seemed to know certain facts or details seemingly by magic, which only created more confusion.

The main character should have died on multiple occasions, but had plot armor so thick that it felt like the universe itself was trying to keep him alive. For example, someone shoots him once in the back, grazes him in the head, and then tells him not to move, and holds him hostage at gunpoint?

Why would you attempt to kill someone, just to stop so abruptly for absolutely no reason?

Robbie
5.0 out of 5 stars Another Thrilling Sci fi Series Evolving From Omega Force
Reviewed in the United Kingdom on March 14, 2019
Verified Purchase
Joshua Dalzelle has done it again with the start of another thrilling Sci fi series. This time it's Jacob Brown, the son of Jason Burke the star of Omega Force series, who starts out on an epic adventure into space. This new book is sufficiently different from the Omega Force series to provide a whole different set of circumstances and difficulties faced by this young space marine. It also has the intriguing prospect at some point of crossing Jacob Brown with his infamous father through their adventures. Looking forward to the next book in this new series.
Read more
3 people found this helpful
Report abuse

Phil Jackson
5.0 out of 5 stars More of the same (which really is a good thing)
Reviewed in the United Kingdom on January 16, 2019
Verified Purchase
A great splinter from the Omega Force books. Well written with just the right amount of everything that would have kept you reading the original series apart maybe, from the humour although there's plenty of time and scope for that. Can be read without the Omega Force series but there will definitely be a few holes in the story so I would recommend reading those first if you haven't already. Great book
Read more
3 people found this helpful
Report abuse

Stephen Campbell
5.0 out of 5 stars Excellent story telling
Reviewed in the United Kingdom on February 18, 2019
Verified Purchase
Amongst a morass of authors with their identikit aliens/space fleets/invasions Joshua Dalzelle stands out. He writes with a deftness and humour which others so often lack. You care about what happens and I sometimes catch myself re-reading a paragraph just because I liked the way it disclosed the action, a sign of good authorship and his books are fun.

Jambirge
5.0 out of 5 stars Good read
Reviewed in the United Kingdom on October 15, 2019
Verified Purchase
Another great book by Joshua Dalzelle which this time introduces new characters to the world set up in the Omega Force series of books. Looking forward to the next book in this new series.
The books by this author are written in a way that the science fiction seems realistic and they so easy to read to a point where you lose track of time reading them.
Read more
Report abuse

Kindle Customer
5.0 out of 5 stars Enjoyed
Reviewed in the United Kingdom on January 4, 2021
Verified Purchase
Very good. It is definitely a grower, I'm very glad I persevered with it. While never terrible by any stretch, it didn't hook me straight away like some books do, but the reading phases grew longer and longer, and I was sorry to end it. Will be reading more by Joshua for sure.
Read more
Report abuse
See all reviews