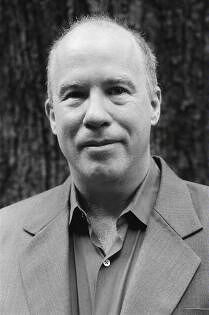 Mark Danner is a writer, journalist and educator who has written for more than two decades on foreign affairs and international conflict. He has covered Central America, Haiti, Balkans and Iraq, among many other stories, and has written extensively about the development of American foreign policy during the late Cold War and afterward, and about violations of human rights during that time. His books include Stripping Bare the Body: Politics Violence War (2009), The Secret Way to War: The Downing Street Memo and the Iraq War's Buried History (2006), Torture and Truth: America, Abu Ghraib and the War on Terror (2004), The Road to Illegitimacy: One Reporter's Travel's Through the 2000 Florida Vote Recount (2004) and The Massacre at El Mozote: A Parable of the Cold War (1994). Danner was a longtime staff writer for The New Yorker and is a regular contributor to The New York Review of Books. He holds the Class of 1961 Endowed Chair in Journalism and English at the University of California, Berkeley, and the James Clarke Chace Professor of Foreign Affairs, Politics, and Humanities at Bard College.

Mark David Danner was born at Utica, a small city in northern New York State, on November 10, 1958, the son of Dr. Robert Danner, a dentist, and Rosalyn Sitrin Danner, a high school Spanish teacher. Raised in Utica and in the Adirondack mountains, Danner attended John F. Hughes School and Utica Free Academy, where he served as co-editor of The Corridors, which was named, his senior year, the best student newspaper in New York State. He was graduated in June 1976.

In September 1981 Danner began work at the New York Review of Books as an editorial assistant to editor Robert B. Silvers. In 1984 he became senior editor at Harper's Magazine and, two years later, an editor at The New York Times Magazine, where he specialized in foreign affairs and politics and wrote pieces about nuclear weapons and about the fall of the Duvalier dictatorship in Haiti. Danner joined The New Yorker's staff in April 1990, five months after the magazine published his three-part series on Haiti, "A Reporter At Large: Beyond the Mountains" -- and a few days after the articles were granted the 1990 National Magazine Award for Reporting.

At The New Yorker, Danner began contributing regular essays to the "Comment" section of the magazine, notably on the Gulf War. On December 6, 1993, for the second time in its history, The New Yorker devoted its entire issue to one article -- Danner's piece, "The Truth of El Mozote." That article, an investigation into the notorious massacre in a remote Salvadoran town, was granted an Overseas Press Club Award and a Latin American Studies Association award. In April 1994, Vintage published Danner's book, The Massacre at El Mozote: A Parable of the Cold War. The New York Times Book Review recognized The Massacre at El Mozote as one of its "Notable Books of the Year."

During the mid-1990's Danner began reporting on the wars in the Balkans, writing a series of eleven extended articles for The New York Review of Books, which began with Danner's cover piece, "The US and the Yugoslav Catastrophe" and concluded with " Kosovo: The Meaning of Victory," (New York Review, July 15, 1999). The articles were recognized by the Overseas Press Club as the "Best Reporting From Abroad of 1998." Metropolitan Books will publish an adaptation of these pieces in a volume entitled, The Saddest Story: America, the Balkans and the Post-Cold War World. Danner also co-wrote and helped produce an hour-long television documentary for ABC News's Peter Jennings Reporting series: "While America Watched: The Bosnian Tragedy," which aired on March 30, 1994 (and which was awarded an Emmy and a duPont Golden Baton). He later co-wrote and helped produce a second documentary for the same series, "House on Fire: America's Haitian Crisis," about the run-up to the United States' occupation of Haiti, which aired on July 27, 1994.

Danner's writing has appeared in Aperture, Harper's Magazine, The New York Times Magazine, The Times Book Review, and on The Times Op-Ed page. His 16,000-word essay, "Marooned in the Cold War: America, the Alliance and the Quest for a Vanished World," which appeared in World Policy Journal (Fall 1997) provoked a prolonged exchange of letters and responses from Assistant Secretary of State Richard Holbrooke, Deputy Secretary of State Strobe Talbott, Congressman Lee Hamilton, and Ambassador George F. Kennan. Danner has appeared widely on television and radio discussing international affairs, including on Charlie Rose and The MacNeil-Lehrer NewsHour on PBS, CNN's PrimeNews , ABC's World News Now and C-Span's Morning Show, among many other programs.

Danner began writing about the war on terror soon after September 11, 2001 and later began speaking out extensively about the Iraq War, notably in a series of debates with Christopher Hitchens, Leon Wieseltier, Michael Ignatieff, David Frum, William Kristol and others. He reported on Iraq for The New York Review of Books and wrote a series of essays for The Review on the emerging torture scandal that came to be known as Abu Ghraib. In October 2004, he collected these essays and gathered them, together with a series of government documents and reports, into his book, Torture and Truth: America, Abu Ghraib and the War on Terror. Torture and Truth was awarded the 2004 Madeline Dane Ross Prize from the Overseas Press Club for best book on current affairs. In May 2005 Danner wrote an essay for The New York Review accompanying the first American publication of the so-called "Downing Street Memo," the leaked minutes of a July 2002 meeting of high-level British officials discussing the coming Iraq War. The essay provoked a number of responses and led to two subsequent essays, all of which were collected, along with relevant documents and a preface by New York Times columnist Frank Rich, 2006 in The Secret Way to War: the Downing Street Memo and the Iraq War's Buried History.

In March 2009, Danner published an essay in The New York Review, "US Torture: Voices from the Black Sites", which revealed the contents of a secret International Committee of the Red Cross report based on testimony from "high-value detainees" in the "War on Terror," who had been captured, held, and interrogated at secret US prisons--the so-called "black sites". Shortly thereafter, he published a second essay, "The Red Cross Report: What it Means" and released the full text of the report on the The New York Review website. Weeks later, in a move senior Administration officials claimed was prompted by the disclosure of the Red Cross material, President Obama ordered released four Justice Department memos in which the Bush administration purported "to legalize torture."

In October 2009, Danner published Stripping Bare the Body: Politics Violence War, a large book whose title was inspired by the observation of a former Haitian president (overthrown in a military coup) that "political violence strips bare the social body, the better to place the stethoscope and track the life beneath the skin." The book contains political reporting on wars, revolutions and other forms of violence from around the world.

Mark continued his coverage Donald Trump in the 2020 election. In October 2020, The New York Review of Books published Danner's "The Con He Rode In On," outlining the fallacies and damage of the Trump Presidency and campaign. After the 2020 election, Danner attended the Trump rally at the White House ellipse on January 6, marching to the U.S. Capitol, and reported on it in his piece "Be Ready to Fight". "The Slow-Motion Coup," the first in a series of essays on January 6 and Donald Trump, appeared in the New York Review of Books.

Danner's work has been honored with a National Magazine Award, three Overseas Press Awards, and an Emmy. In June 1999, Danner was named a MacArthur Fellow. In 2006 he was awarded the Carey McWilliams Award from the American Political Science Association to honor that year's "major journalistic contribution to our understanding of politics." In 2008 he was named the Marian and Andrew Heiskell Visiting Critic at the American Academy in Rome. Danner is a member of the Council on Foreign Relations, the Pacific Council on International Policy, and the Century Association, and is a fellow of the Institute of the Humanities at New York University. 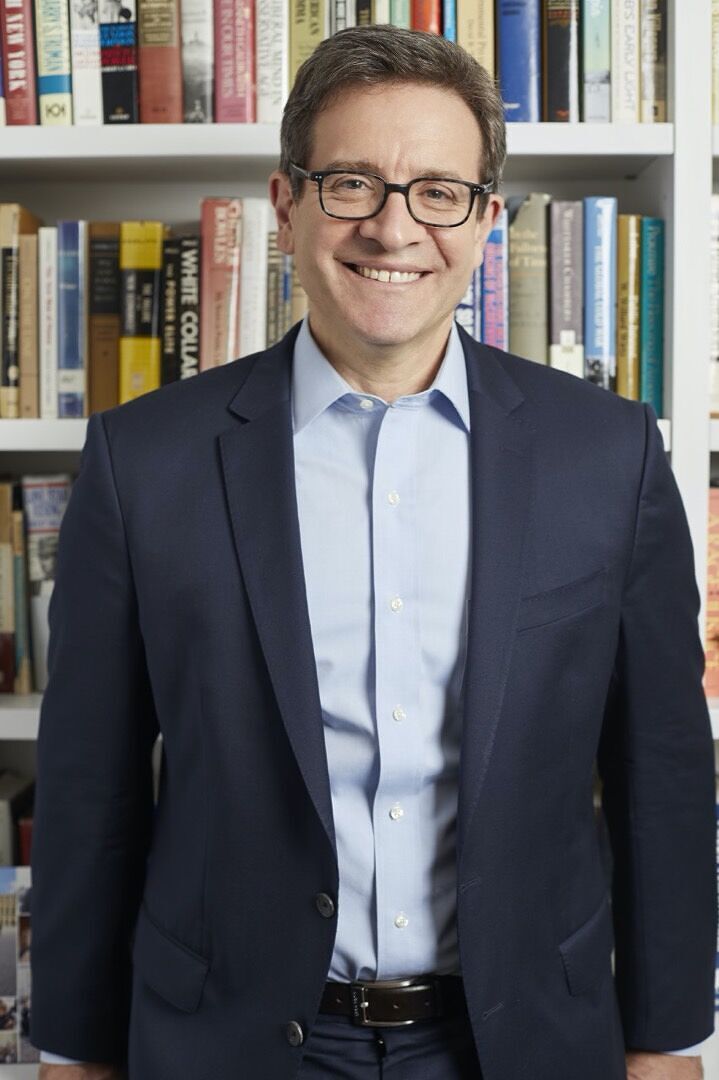 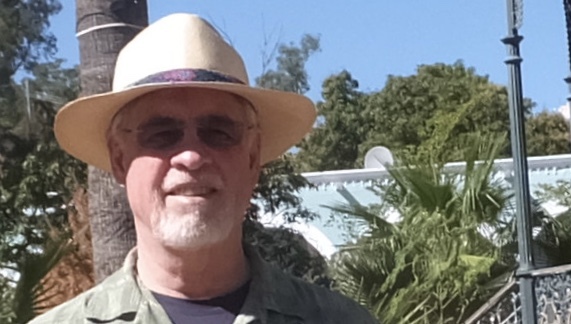 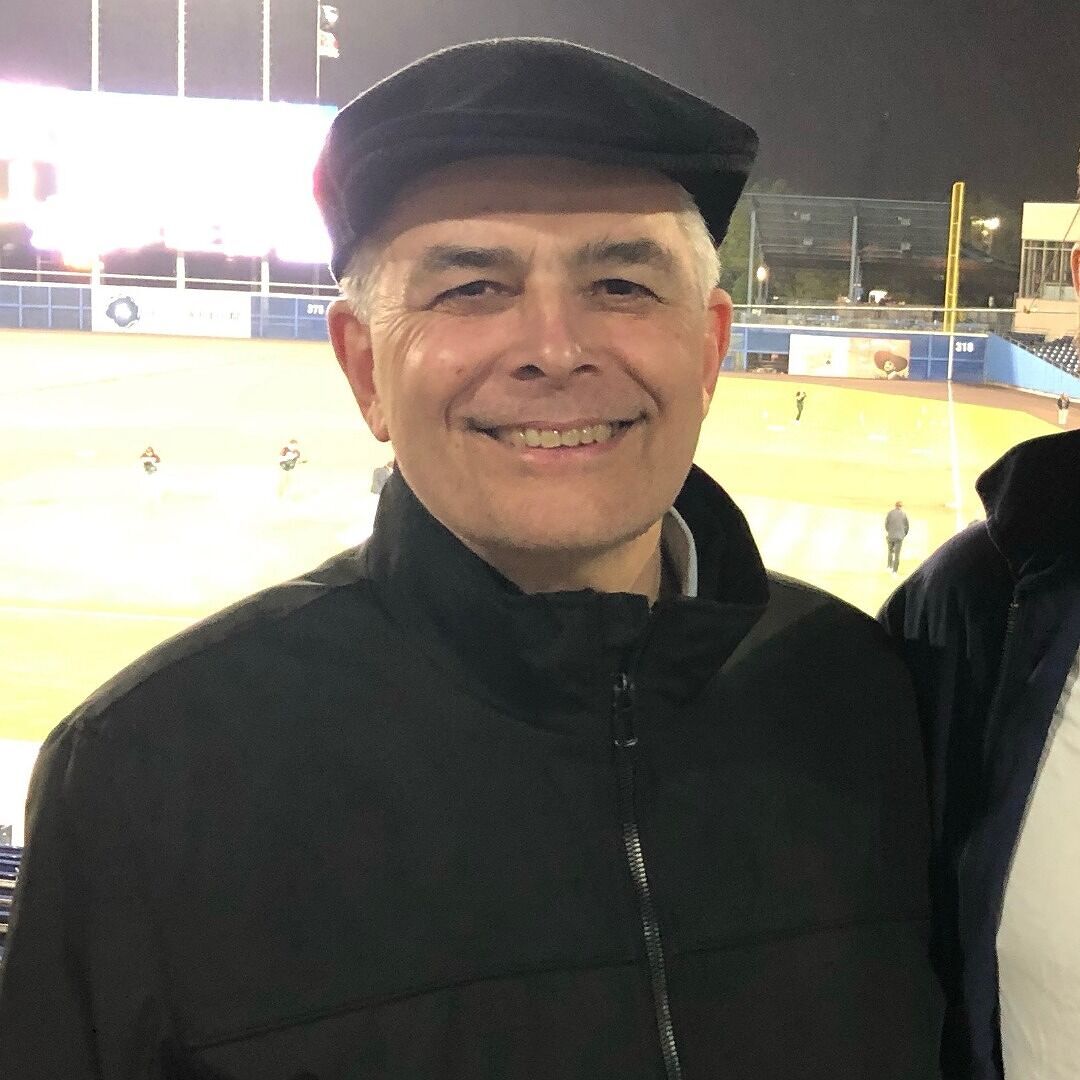 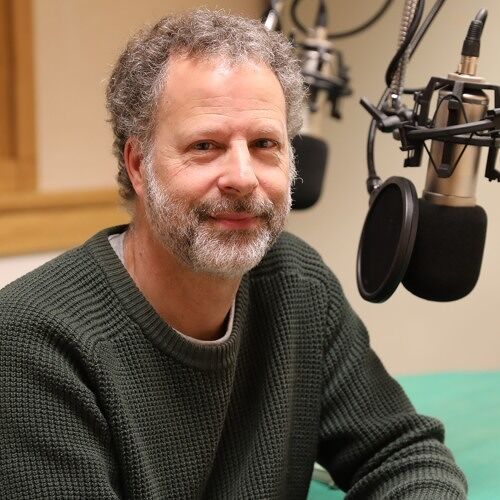 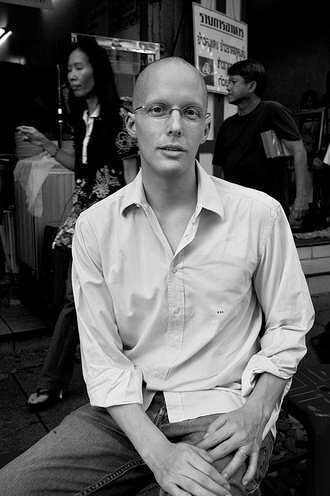 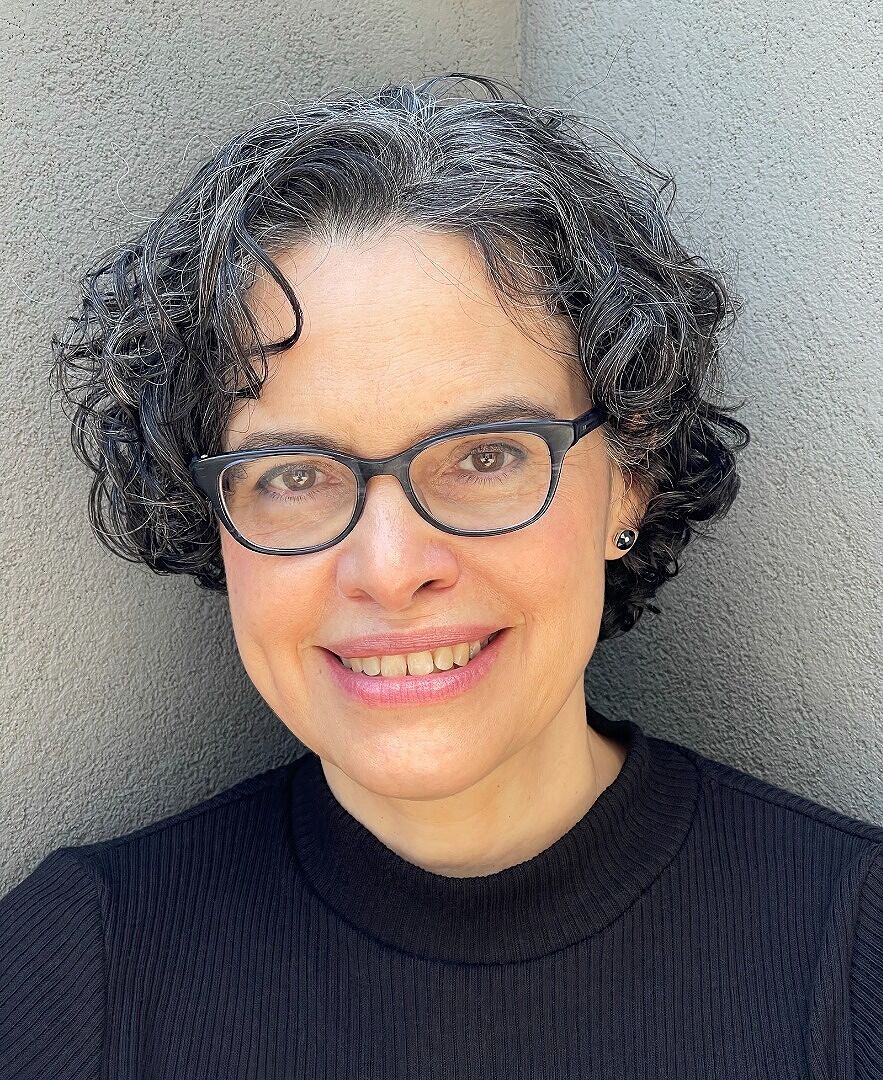 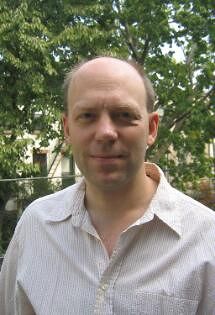 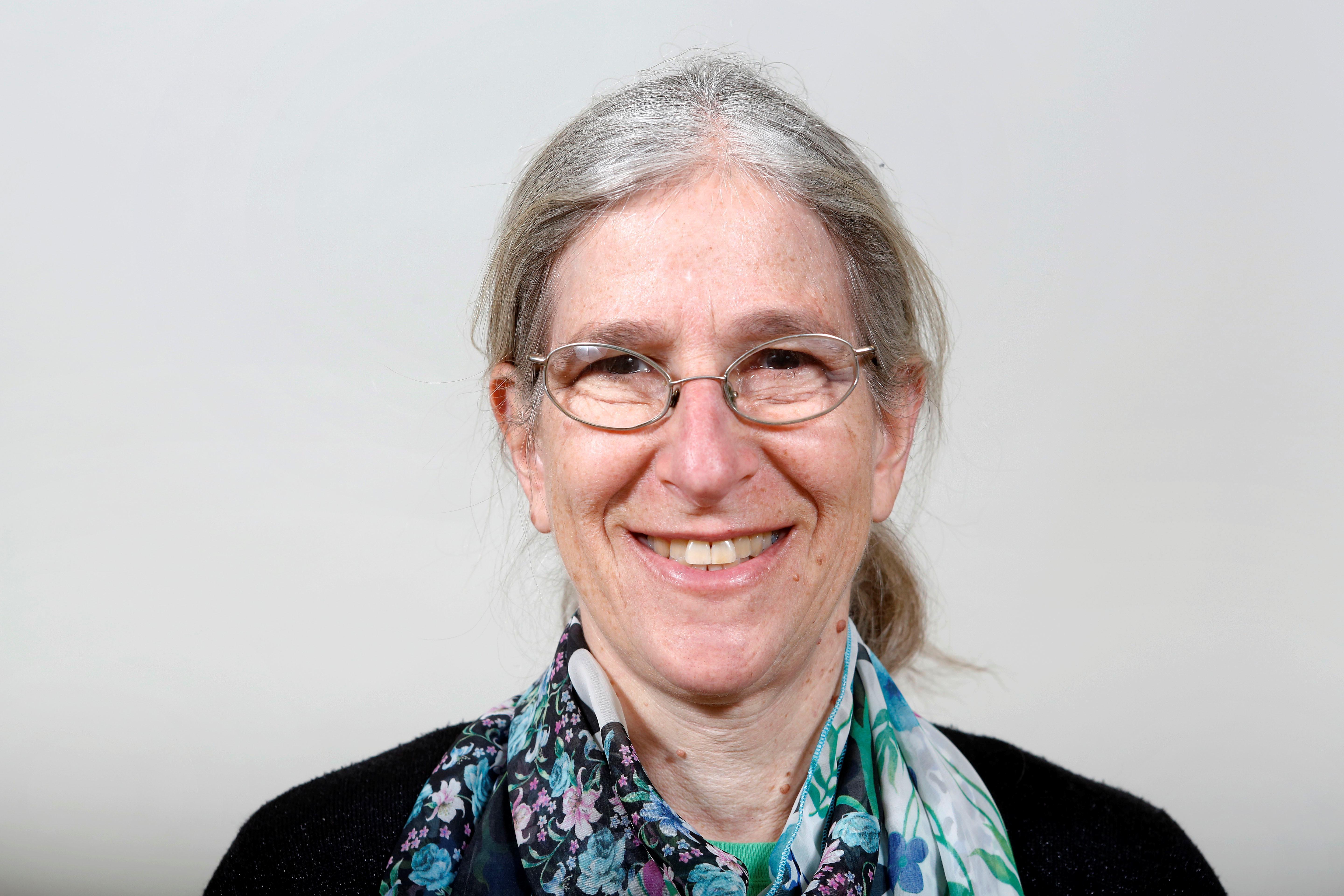 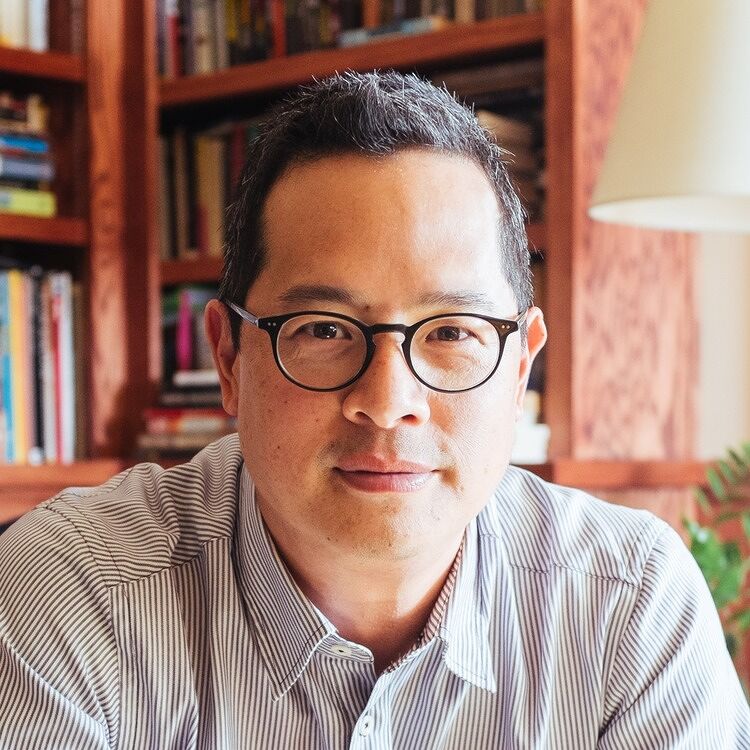 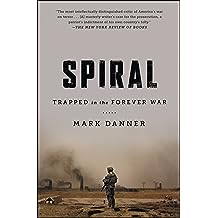 Spiral: Trapped in the Forever War Jun 14, 2016
by Mark Danner
( 12 )
$12.99
In “a clear-eyed and shrewd examination…of how the US seems to be mired in a losing and intractable battle against global terrorism” (Publishers Weekly), Mark Danner describes a nation forever altered by President George W. Bush’s war of choice after 9/11.

The War on Terror has led to fifteen years of armed conflict, the longest war in America’s history. Al Qaeda, the organization that attacked us on 9/11, has been “decimated” (the word is Obama’s) but replaced by multiple jihadist and terror organizations, including the most notorious—ISIS.

Spiral, explains Mark Danner, is what we can call a perpetual and continuously widening war that has put the country in a “state of exception.” Bush’s promise that we have “taken the gloves off” and Obama’s inability to define an end game have had a profound effect on us even though the actual combat is fought by a tiny percentage of our citizens. In the name of security, some of our accustomed rights and freedoms are circumscribed. Guantanamo, indefinite detention, drone warfare, enhanced interrogation, torture, and warrantless wiretapping are all words that have become familiar and tolerated.

And yet the war goes badly as the Middle East drowns in civil wars and the Caliphate expands and brutalized populations flee and seek asylum in Europe. In defining the War on Terror as boundless, apocalyptic, and unceasing, Danner provides his “chilling cautionary tale of Orwellian repercussions” (Kirkus Reviews). Spiral is “a timely, valuable book” (San Francisco Chronicle) that is “an excellent resource for those who want to understand Middle East unrest and the ISIS terrorism threat without being Middle East scholars” (Library Journal).
Read more
Other Formats: Audible Audiobook , Hardcover , Paperback , Audio CD 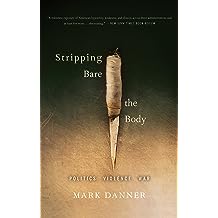 Stripping Bare the Body: Politics Violence War Oct 13, 2009
by Mark Danner
( 11 )
$12.99
For the past two decades, Mark Danner has reported from Latin America, Haiti, the Balkans, and the Middle East. His perceptive, award-winning dispatches have not only explored the real consequences of American engagement with the world, but also the relationship between political violence and power. In Stripping Bare the Body, Danner brings together his best reporting from the world's most troubled regions -- from the fall of the Duvalier dictatorship in Haiti to the tumultuous rise of Aristide; from the onset of the Balkan Wars to the painful fragmentation of Yugoslavia; and finally to the disastrous invasion of Iraq and the radical, destructive legacy of the Bush administration.

At a time when American imperial power is in decline, there has never been a more compelling moment to read these urgent, fiercely intelligent reports.
Read more
Other Formats: Hardcover , Paperback