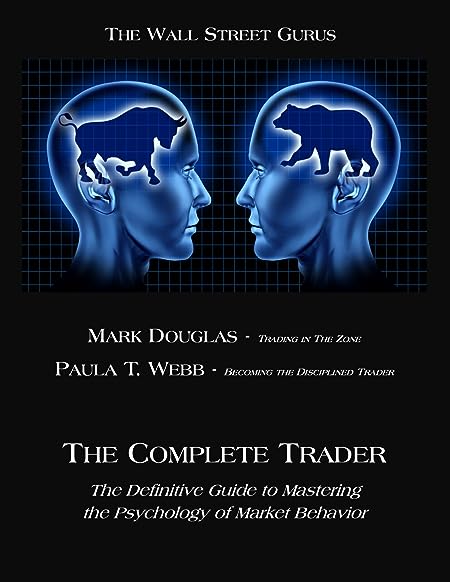 The field of Trading Psychology was initially thought of, and co-created by Mark Douglas and Paula T. Webb collaboratively and introduced to the trading community by them in the mid-1980s. Mark Douglas and Paula T. Webb's first book "The Disciplined Trader™" published in 1990 is an industry classic, and along with "Trading in the Zone™" published in 2000, their books are the FIRST books to introduce the investment industry to the concept of trading psychology years before anyone heard of that concept, much less providing coaching in this now popular way of approaching trading. They are Wall Street moguls and considered the "Gurus" of trading psychology.

To date, Mark and Paula's first two books have been translated into nine languages including the Chinese (Simplified & Complex), French, Italian, Japanese, Korean, Polish, Portuguese, Czech, and Spanish languages, with additional foreign language translations to come in the future. "The Complete Trader" has now been translated into the Japanese language as of 2017. "Becoming the Disciplined Trader" will be released in the Czech language in 2019.

Mark began coaching traders in 1982; Paula took over his coaching business in 1999 when he returned to trading full time. They continued to develop seminar and training programs on trading psychology for the investment industry, as well as for individual traders for decades. Mark was a frequent speaker at seminars across the world, and along with Paula they traveled to 8 countries, as well as across the U.S., teaching traders how to become consistently successful. May of 2010 was the start of Mark and Paula hosting joint workshops (instead of individually) on the mental aspects of trading psychology, as well as the expanded field of the "Discipline of Trading Psychology" created by Paula. These workshops continue forward, check the website for upcoming dates. paulatwebb.com

Mark and Paula have received several awards for their books and work, including the prestigious "Bull/Bear Award" in 2006, 2008 and 2011, and again in 2015 and 2017. Paula is also a best-selling author of 20+ books and producer of independent films. She continues her trading coaching and workshops forward. Mark and Paula completed a number of new products for the trading community which will be available over the next few years. Paula is currently working on the biographical screenplay of Mark, details will follow.

*There are also NO LEGAL DOWNLOADS of any of their materials on the Internet. ALL DOWNLOADS are stolen.*

Before purchasing any products by Mark Douglas and/or Paula T. Webb anywhere else other than our websites or on Amazon please contact our office to ensure they are authentic - elsewhere found pirated on the Internet they may be incomplete or contain false information, which will be very detrimental to your trading results.

Also, there are NO products/services by others claiming to have worked with or are endorsed by Mark and/or Paula, that have been endorsed or authorized by our office. Feel free to contact our offices with questions. 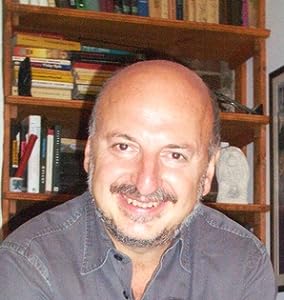 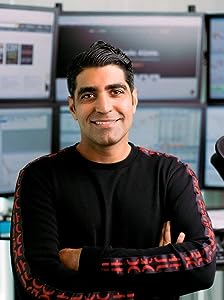 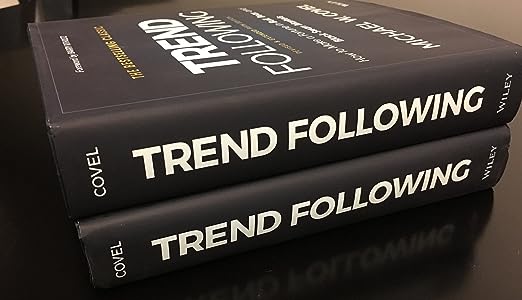 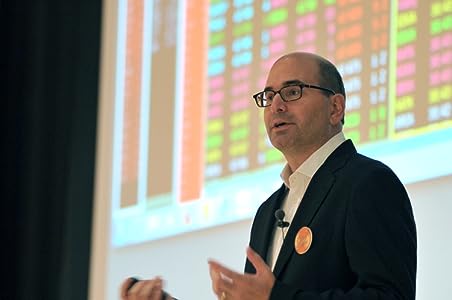 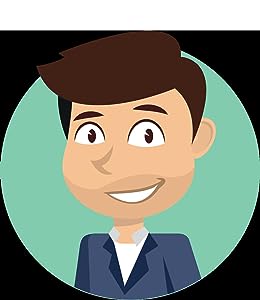 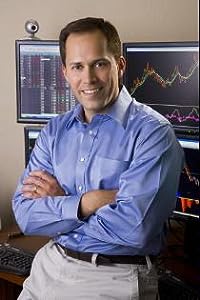 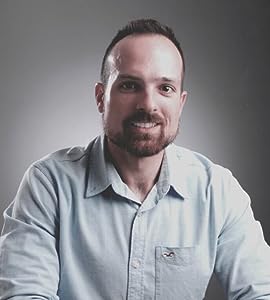 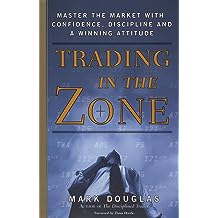 Trading in the Zone: Master the Market with Confidence, Discipline, and a Winning Attitude Jan 1, 2001
by Mark Douglas
( 3,191 )
$14.99
Douglas uncovers the underlying reasons for lack of consistency and helps traders overcome the ingrained mental habits that cost them money.  He takes on the myths of the market and exposes them one by one teaching traders to look beyond random outcomes, to understand the true realities of risk, and to be comfortable with the "probabilities" of market movement that governs all market speculation.
Read more
Other Formats: Audible Audiobook , Hardcover , Preloaded Digital Audio Player 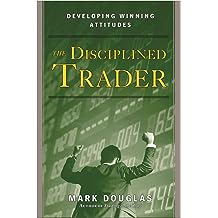 In this groundbreaking work published in 1990 ~ Douglas examines the causes as to why most traders cannot raise and keep their equity on a consistent basis ~ and brings the reader to practical and unique conclusions as to how to go about changing any limiting mindset. The trader is taken through a step-by-step process to break through those queries ~ and begin to understand that their very thoughts may be limiting their ability to accumulate and succeed at trading.

The Disciplined Trader is critical for those new to the markets ~ to traders who are returning to the markets ~ and even veteran traders who cannot seem to break through to a higher threshold of accumulation and consistency. The reader will learn that the market is unstructured ~ unlike any other career field; will learn the Three Stages to Becoming a Successful Trader; learn how their very thoughts manage how they perceive the markets; and learn how to adapt to the ever-changing market environments.

Douglas helps traders neutralize the fear of losing ~ into a mindset of winning ~ through this systematic approach to creating, instilling, and maintaining the mindset of a consistently successful trader.
Read more
Other Formats: Hardcover 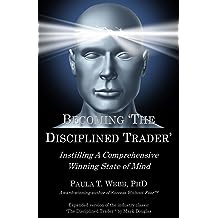 Becoming "The Disciplined Trader": Instilling a Comprehensive Winning State of Mind - (expanded version of the industry classic "The Disciplined Trader" by Mark Douglas Jan 14, 2017
by Paula T Webb PhD, Mark Douglas
( 7 )
$50.00
Originally published in the early 1990s, this edition has been expanded to not only include the first edition, but has also incorporated current, up-to-date examples and deeper explanations of the revolutionary ideas by Douglas. Additional materials by Paula T. Webb - a leader in the field of prosperity psychology - all proven ideas which are now embraced by, and used within, the investment community as well as countless business schools across the U.S. - were added to this edition in 2014 within their joint workshops; and are now being made to the general trading community.
Read more 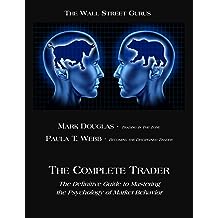 The Complete Trader: The Definitive Guide to Mastering the Psychology of Market Behavior May 7, 2020
by Mark Douglas, Paula T Webb
( 22 )
$50.00
Every trader today needs to understand not only how the markets interact with each other, they need to know how their thoughts interact with how they perceive market data. The markets are made up of the collective energies from every single trader across the planet and to be able to see true market data, every trader needs to know what they are thinking at any given moment, so they can take advantage of profit opportunities when they present themselves. The markets are not a computer game being simulated through electronics. The markets are driven in every direction by the thoughts and then actions of all traders. Find out what you don't know about market behavior and your own psychology, and learn the true dynamics of thinking like a winning trader.
Read more 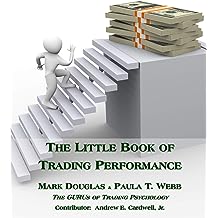 The Little Book of Trading Performance: Real-Life Exercises for Peak Trading Results May 26, 2020
by Mark Douglas, Paula T Webb PhD, Andrew E. Cardwell Jr
( 7 )
$19.99
Mark Douglas and Paula T. Webb, the GURUs of Trading psychology, the field they co-created in the late 1980s before the investment world had even heard of the term - have put together this workbook for traders who want to get a handle on their trading challenges. Find out what makes you tick and why. Understand that until you know what you think, and why you react to certain market data, you will lose year in and year out. This workbook is a primer for traders not familiar with why their results are not what they desire. Several of their other best-selling books, such as "Trading in the Zone" and "Becoming the Disciplined Trader" are now translated into nine languages and are industry classics. In this book through real-life examples, the trader will learn that understanding yourself first is key in your developing a winner's mindset as a trader.

Andrew E. Cardwell, Jr. has been a part of the trading community for decades, teaching his "RSI Edge. " Andrew started his work with the Relative Strength Index (RSI) in May of 1978, and although he has researched other technical indicators and studies, he has stated that he has not found anything that yet that can compare to what, or as much as the RSI offers.

Most traders who use the RSI look to it to spot Bullish and Bearish Divergence between price and momentum. Andrew has shown that his "Range Rules" are much more valuable in identifying the trend through the "shift" in the range. Divergences are merely just an over-extension of the current move and actually a detour from the primary trend. His students have been using his courses to trade all different markets and in all time frames, and he has students in 28 countries around the world. His courses are used by new traders, seasoned traders, money managers and even senior technical analysts of major brokerage firms.
Read more 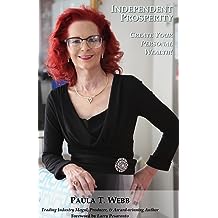 Independent Prosperity: Simple Secrets to Creating Your Personal Wealth! Jan 27, 2017
by Paula T Webb PhD
( 7 )
$19.99
An Independent Prosperity is one of the first books in this genre to truly address why most people are not more prosperous or successful. To really be successful, one has to ~ have, live, and breath, a successful mindset ~ something that is not necessarily taught in school or by others. A successful mindset comes from within ~ an understanding that only you, yourself, can create the prosperity and success you desire ~ hence the title. Author Webb takes the reader through a step-by-step process to 1) understand what may be limiting your success, 2) how to neutralize those limiting thoughts or actions, and 3) how to create, instill and utilize higher, more prosperous thoughts and actions in any moment, at any time, on any day ~ to create the success and financial security you desire.
Read more
Other Formats: Spiral-bound 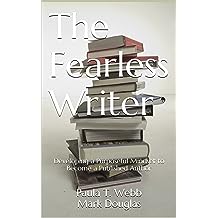 The Fearless Writer: Developing a Purposeful Mindset to Become a Published Author Dec 3, 2015
by Paula T. Webb Mark Douglas, Mark Douglas
$9.99
Written by two award-winning authors - if you want to learn the ins-and-outs of becoming published, then this primer is for you. Want to write a book? Or articles in Social Media? Or a regular blog? How about creating a written family heirloom? Learn the specific skills you need from two acclaimed authors and founders of Global Publishing House. Writing is simple ~ once you determine your Intent and create your plan. This easy read will show you how to create distinct, clear and purposeful materials - as well as understand the basics of publishing contracts - a must in today's world.
Read more 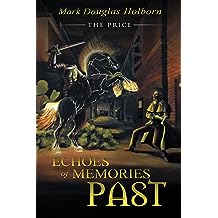 Echoes of Memories Past is the powerful sequel to The Price.


Camerons return to the future becomes a horrible nightmare. He finds himself erased from time. Tamlyn, who had waited centuries for Camerons return could only reveal that his soul in this divergent timeline had found its mate. As Camerons world fades from reality, his body fades away with it, leaving his soul behind. Inexplicably it merges into Morgan Hamilton, the man who replaced him in this new timeline. The invasion of Camerons soul causes chaos within Morgans brain creating terrible life threatening seizures. Tamlyn discovers that this was all part of the Lavender eyed Goddess wicked vengeance. Two souls locked in perpetual conflict. He strives to save Cameron and Morgan from the madness within as the Azael and their evil brethren thwart him at every turn. Ultimately, he learns that salvation may only exist in a journey back in time to Scotlands turbulent past, only there can Tamlyn hope to save both souls. 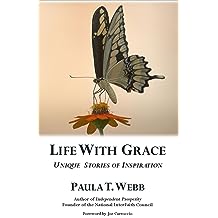 Life with Grace ~ Unique Stories of Inspiration Nov 4, 2011
by Paula T. Webb, Mark Douglas, Robin A. Morini
( 3 )
$9.99
A wonderful book from everyday people talking about the most extraordinary spiritual experiences they have had in their lives. Not coincidence ~ just pure fact. God has spoken to some of these authors, spirit has taken their hand and led them away from danger, and loved ones who have passed over have made their presence known. What more could you want to know that there is a spiritual realm to physical life!
Read more
Other Formats: Spiral-bound