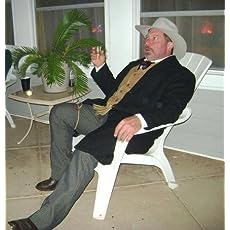 Mark Rippetoe is the author of Starting Strength: Basic Barbell Training, Practical Programming for Strength Training, Strong Enough?, Mean Ol' Mr. Gravity, and numerous journal, magazine and internet articles. He has worked in the fitness industry since 1978, and has been the owner of the Wichita Falls Athletic Club since 1984. He graduated from Midwestern State University in 1983 with a Bachelor of Science in geology and a minor in anthropology. He was in the first group certified by the National Strength and Conditioning Association as a CSCS in 1985, and the first to formally relinquish that credential in 2009. Rip was a competitive powerlifter for ten years. He won the 198-pound weight class at the Greater Texas Classic in 1982, and placed in state- and regional-level meets for the next 6 years, retiring from competition in 1988. For the next 10 years Rip announced most of the powerlifting meets in North Texas, including the 1995 APF Nationals in Dallas. He retired from powerlifting altogether in 1997, to focus more on Olympic weightlifting.

Rip acquired a solid background in coaching the Olympic lifts as a result of his coach, Bill Starr, using them in his powerlifting training. Further experience with the Olympic lifts came with exposure to the coaching of Tommy Suggs, Jim Moser, Dr. Lon Kilgore, Angel Spassov, Istvan Javorek, Harvey Newton, Mike Conroy, John Thrush, and many fellow lifters. Rip obtained his USWF Level III certification in 1988 at the USOC's Olympic Training Center in Colorado Springs with Mike Stone, Harvey Newton, and Angel Spassov on faculty. His USAW Senior Coach certification was achieved in 1999 at the OTC with Lyn Jones, John Thrush, and Mike Conroy. He was invited, as an Olympic weightlifting coach, to the Olympic Solidarity course at the OTC in 2000. He taught both the USAW Club Coach course and the Sports Performance Coach course with Dr. Kilgore from 1999 through 2005. Rip served as the president of the North Texas Local Weightlifting Committee of USAW from 2004-2011. He coached and participated in the coaching of James Moser, Glenn Pendlay, Dr. Kilgore, Josh Wells (Junior World Team 2004) most of the national and international-level athletes on the Wichita Falls Weightlifting team, which was hosted and coached at WFAC from 1999 through 2006, as well as the collegiate weightlifting team from Midwestern State University through 2010. Rip still actively coaches the sport on a daily basis at WFAC, and the power clean and power snatch at our seminars around the country every month.

The Starting Strength method of training novices is a distillation of Rip's experiences over three and a half decades as a competitive powerlifter, Olympic weightlifting coach, and gym owner. From its inception in 1984, every new member at WFAC was taught the basic barbell lifts as a part of their membership at the gym, and the application of the basics of powerlifting and Olympic weightlifting to efficiently meet the needs of the general public form the basis of the Starting Strength method, as detailed in Starting Strength: Basic Barbell Training and Practical Programming for Strength Training.
Read more 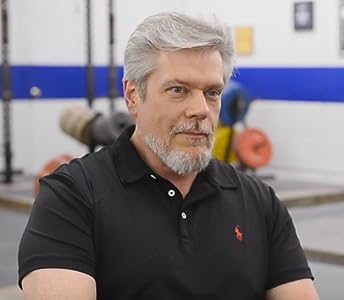 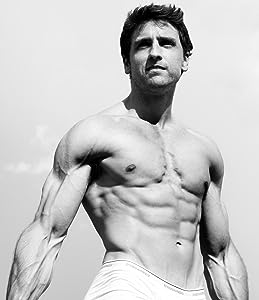 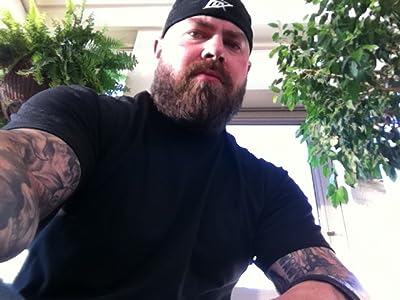 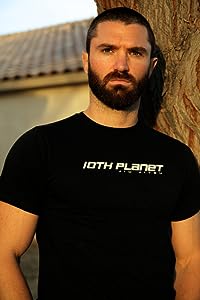 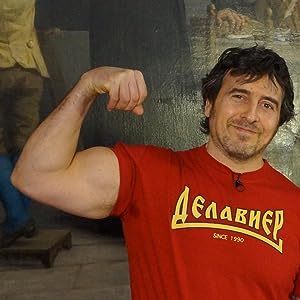 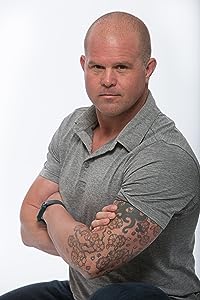 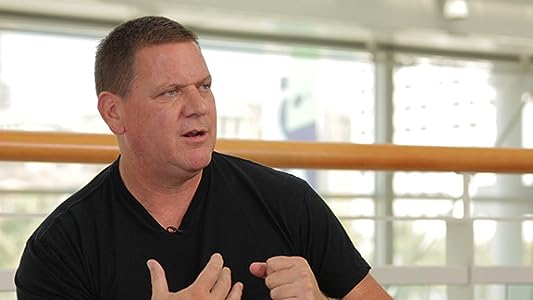 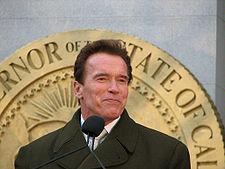 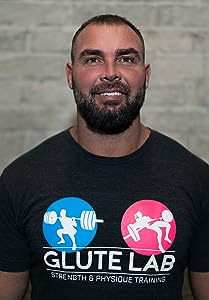 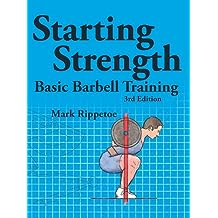 Starting Strength Nov 7, 2013
by Mark Rippetoe , Jason Kelly
( 2,329 )
$9.99
Starting Strength has been called the best and most useful of fitness books. The second edition, Starting Strength: Basic Barbell Training, has sold over 80,000 copies in a competitive global market for fitness education. Along with Practical Programming for Strength Training 2nd Edition, they form a simple, logical, and practical approach to strength training. Now, after four more years of testing and adjustment with thousands of athletes in seminars all over the country, this third edition expands and improves on the previous teaching methods and biomechanical analysis. No other book on barbell training ever written provides the detailed instruction on every aspect of the basic barbell exercises found in SS:BBT3. And while the methods for implementing barbell training detailed in the book are primarily aimed at young athletes, they have been successfully applied to everyone: young and old, male and female, fit and flabby, sick and healthy, weak and already strong. Many people all over the world have used the simple biological principle of stress/recovery/adaptation on which this method is based to improve their performance, their appearance, and their quality of life. SS:BBT3 is your complete guide to developing strength -- the foundation of athletic performance and the key to long-term health.

-- Why barbells are the most effective tools for strength training.
-- The mechanical basis of barbell training, concisely and logically explained.
-- All new photographs and improved illustrations of all the lifts, and the biomechanics behind them.
-- Complete, easy-to-follow instructions for performing the basic barbell exercises: the squat, press, deadlift, bench press, power clean, and the power snatch.
-- Revised instruction methods for all six lifts, proven effective in four years of seminar, military, and group instruction.
-- How the human body adapts to stress through recovery, and why this is the foundation of the development of strength and lifetime health.
-- How to program the basic exercises into the most effective program for long-term progress.
-- Completely indexed.
-- The most productive method in existence for anyone beginning a strength training program.
Read more
Other Formats: Audible Audiobook , Hardcover , Paperback , Spiral-bound 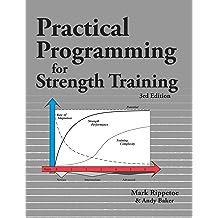 Practical Programming for Strength Training Mar 6, 2014
by Mark Rippetoe , Andy Baker
( 656 )
$9.99
Please note that due to the large amount of tables, this book will display best on large screens, as well as Kindle Fire series where the screens can be quicky rotated to optimize individual displays. Not suitable for Kindle 1 devices as these flatten tables.

There is a difference between Exercise and Training. Exercise is physical activity for its own sake, a workout done for the effect it produces today, during the workout or right after you're through. Training is physical activity done with a longer-term goal in mind, the constituent workouts of which are specifically designed to produce that goal. Training is how athletes prepare to win, and how all motivated people approach physical preparation.

Practical Programming for Strength Training 3rd Edition addresses the topic of Training. It details the mechanics of the process, from the basic physiology of adaptation to the specific programs that apply these principles to novice, intermediate, and advanced lifters.


--Each chapter completely updated
--New illustrations and graphics
--Better explanations of the proven programs that have been helping hundreds of thousands of lifters get stronger more efficiently
--Expanded Novice chapter with the details of 3 different approaches to the problem of getting stuck and special approaches for the underweight and overweight trainee
--Expanded Intermediate chapter with 18 separate programs and 11 detailed examples
--Expanded Advanced chapter with detailed examples of 9 different programs
--Expanded Special Populations chapter with example programs for women and masters lifters training through their 50s, 60s, 70s, and 80s
--Day-to-day, workout-to-workout, week-by-week detailed programs for every level of training advancement
--The most comprehensive book on the theory and practice of programming for strength training in print


Printed in a new larger format for better display of the programs, PPST3 will be an important addition to your training library. 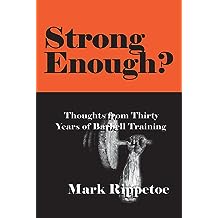 Strong Enough? Thoughts on Thirty Years of Barbell Training Sep 24, 2010
by Mark Rippetoe
( 113 )
$9.99
There are lots of things about weight training in general and barbell exercise in particular that can only be learned by spending way too many hours in the gym. And honestly, unless you're a gym owner, this is a really weird way to spend 75 hours a week. Mark Rippetoe has been in the fitness industry since 1978 and has owned a black-iron gym since 1984. He knows things about lifting weights and training for performance that most other coaches and professionals have never had the chance to learn. This book of essays offers a glimpse into the depths of experience made possible through many years under the bar, and many more years spent helping others under the bar.
Read more
Other Formats: Audible Audiobook , Perfect Paperback 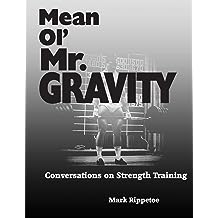 Mean Ol' Mr. Gravity Nov 28, 2012
by Mark Rippetoe
( 69 )
$7.99
Mean Ol Mr. Gravity is a compilation of Q&A posts from Mark Rippetoe s StrengthMill forum. Edited for brevity, efficiency, clarity, accuracy, and taste (in a loose sense, sorry), Mean Ol' Mr. Gravity adds to the information available in Starting Strength: Basic Barbell Training and Practical Programming for Strength Training by tailoring it to the individual through his responses to questions posed by actual humans regarding their own training. It preserves the coarseness, humor, and candor that have become Rip s trademark style.
Read more
Other Formats: Paperback 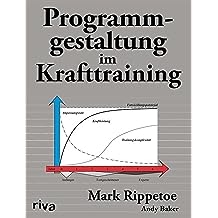