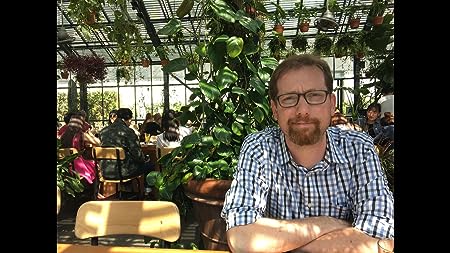 Mark Wheaton is the author of the sci-fi novel, EMILY ETERNAL, named one of the Financial Times's Best Sci-Fi Books of 2019. He also wrote the Father Luis Chavez trilogy of crime books (FIELDS OF WRATH, CITY OF STRANGERS, WAGES OF SIN) about a young priest solving crimes in Los Angeles which debuted in 2016. His next sci-fi novel is THE QUAKE CITIES, arriving in 2020.

Wheaton has also worked as a screenwriter on movies like the Michael Bay-produced FRIDAY THE 13th and Kristen Stewart-starring THE MESSENGERS as well as other scripts for New Line, Sony, Universal, Miramax, HBO, A&E, Syfy, 2929, Solution Entertainment, Legende, Disney Channel, Zanuck Independent, Blumhouse, Venice Films, Rainmaker Films (UK), and others.

Born in Texas, Wheaton has also written for video games and comic books, including co-creating THE CLEANERS for Dark Horse Comics. Before this, he wrote for a number of movie magazines with bylines at Total Film, Fangoria, Dreamwatch, Shivers, SFX, L'écran Fantastique, Film Score Monthly, G-Fan, Planet Movie, and more as well as online at E!, Syfy, and TNT's Roughcut. 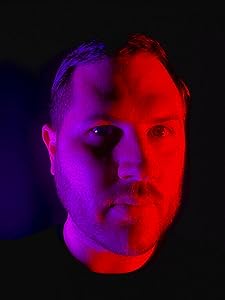 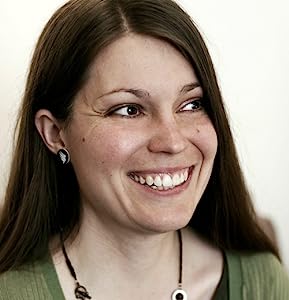 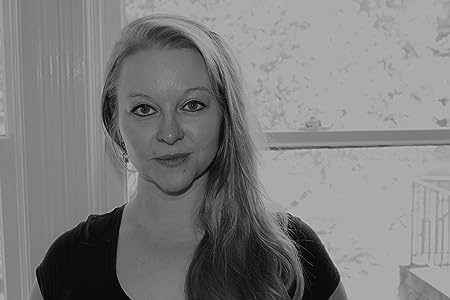 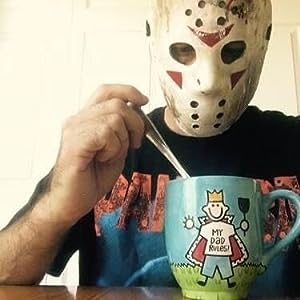 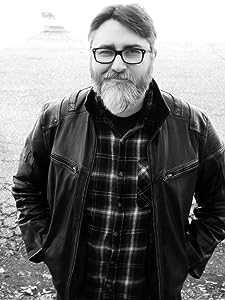 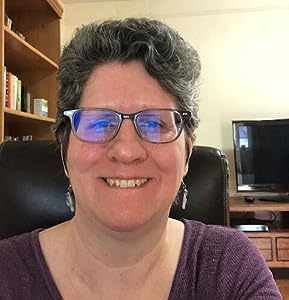 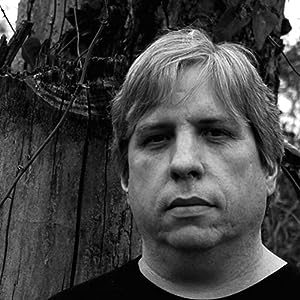 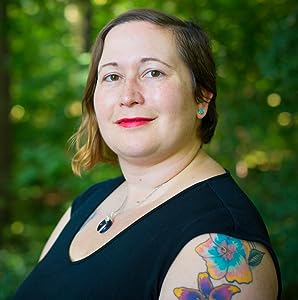 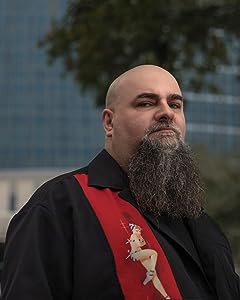 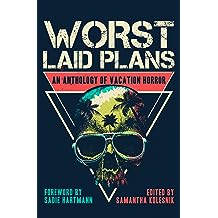 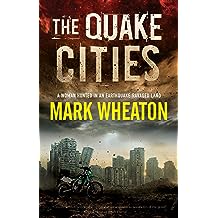 The Quake Cities Feb 1, 2021
by Mark Wheaton
( 6 )
$11.49
A woman tries trying to find her way home in a world decimated by earthquakes, but there are people determined to stop her and harvest her DNA.

Alice wakes up in the Los Angeles Quake Zone in 2025 having no idea how she got there. As her memories slowly return, she finds she's being hunted by several armed groups intent on capturing her alive.

At the same time, Este, a survivor of the quakes that destroyed Los Angeles, makes a living as a pathfinder for salvage teams in the city. Este rescues Alice from her pursuers and learns there is something not quite right about her, Alice is convinced it is 2003.

Aided by Este's occasional boyfriend Wilfredo and her dog Casey, Este and Alice try to evade those chasing Alice and discover why they value her so highly, all while trying to reunite her with her family as the earthquakes around the world grow worse.
Read more
Other Formats: Audible Audiobook , Hardcover , Paperback 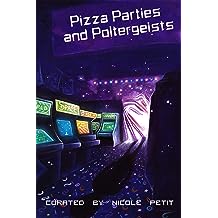 You know where the monsters are. Whether at the Megaplex or the Arcade, they’re sealed behind the screen. Aliens or maniacs in masks, sinister stars or four committed ghosts, you know how to handle these: hide your face from the screen, or bring a lot of quarters. But for all of that, the truly uncanny lurks just out of sight.

Possessed Betamax tapes take over an Australian town. A teenager finds the horrors behind the scenes at her local mall. A special effects technician finds himself haunted. Take the fates of characters in your own hands as you pick a path, guiding a girl through a lifetime surrounded by transforming toys. Still more lurk in the shadows. 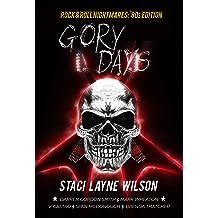 Break out the keytar, throw your horn-hands, and get ready to rock down to electric avenue! Gory Days is set in an alternate evil ’80s where androids take the stage, a washed-up rock star discovers the secret to time travel, and an aspiring musician puts her demo tape into the wrong hands. Stories include Don’t Stand So Close to Meat, Hip to Be Scared, and Dead Over Heels.

Rock & Roll Nightmares has all the sex, drugs, and broken dreams you can handle without going to rehab, plus musical fun facts interwoven throughout stories that are written by folks who know their music—and clearly love it. (Killer Queens Podcast)

Whether you’re a Metallica devotee or a Monkees disciple, you’re bound to be shocked by something in these books… but if you can’t laugh at the idea of pitting Phil Specter against Richard Ramirez in a fight to the death at the Cecil Hotel, then you’re not invited to the afterparty! (Classic Rock Memories)

Perfect for fans of Rock Stars Do the Dumbest Things and The Dirt—you will be laughing, grossed out, and scared to death all at once. (On Deck Book Review)

The anti-Summer of Love! The bands are still crazy after all these years, thanks to the twisted minds behind Rock & Roll Nightmares. Find out how the ‘27 Club’ really got started, discover why writing lyrics on a Ouija board is a bad idea, and if you think disco is dead you ain’t seen nothing yet. (Sucking in the ’70s Radio, Detroit, MI) 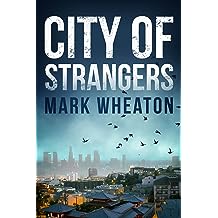 When a priest is brutally gunned down in front of St. Jerome’s Chinese-American Catholic Church, Father Luis Chavez is asked by the archdiocese to lead an inquiry. With the confessed killer already in custody, it looks like an open-and-shut case. That is, until Father Chavez digs deeper.

As the killer’s confession unravels, Father Chavez teams up with Deputy District Attorney Michael Story to get to the bottom of it. Together, they discover a conspiracy leading back to one of the world’s oldest criminal organizations.

But just as the team is about to break the case, a mysterious virus sweeps through Los Angeles, sending the city into a spiral of panic—and Father Chavez into the heart of a mystery that could rock the City of Angels to its core. 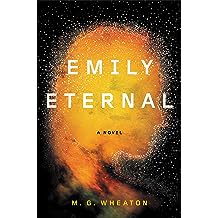 Emily is an artificial consciousness, designed in a lab to help humans process trauma, which is particularly helpful when the sun begins to die 5 billion years before scientists agreed it was supposed to.

Her beloved human race is screwed, and so is Emily. That is, until she finds a potential answer buried deep in the human genome that may save them all. But not everyone is convinced Emily has the best solution--or the best intentions. Before her theory can be tested, the lab is brutally attacked, and Emily's servers are taken hostage.

Narrowly escaping, Emily is forced to go on the run with two human companions--college student Jason and small-town Sheriff, Mayra. As the sun's death draws near, Emily and her friends must race against time to save humanity. Soon it becomes clear not just the species is at stake, but also that which makes us most human.
Read more
Other Formats: Audible Audiobook , Hardcover , Paperback , Audio CD 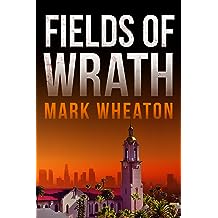 Following his ordination as a priest, Father Luis Chavez returns to the mean streets of his youth, hoping to put his past behind him. But the brutal murder of a worker in Ventura County’s vast farm fields compels Luis to return to his criminal roots in order to unravel a massive conspiracy. Teaming up with Michael Story, an ambitious Los Angeles deputy DA, Chavez goes undercover as a farm laborer to bring down an immense human-trafficking ring tied to one of California’s most prominent and powerful families.

Fighting to stay on the path of the righteous while confronting evil at every turn, Father Chavez finds himself in a battle of good versus evil, with the souls of hundreds hanging in the balance. 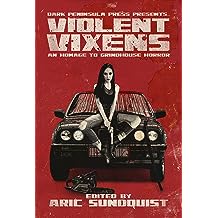 A desert roadhouse becomes the place of ultimate survival as a young couple retaliates against its spiraling web of lost memories. A cursed board game waits patiently in a midnight attic for the only girl to ever escape its deadly ending. A no-nonsense veterinarian uses the tools of her trade to seek bloody vengeance on those who wronged her.

And many more stories... 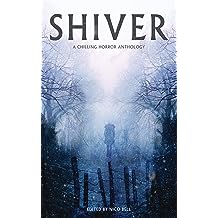 Shiver: A Chilling Horror Anthology Jan 11, 2021
by Nico Bell, Ian A. Bain, Patrick Barb, Tiffany Brown, Alex Ebenstein, Sam Heaps, Sarah Huntington, Ziaul Khan, Jessica Guess, Brennan LaFaro
( 23 )
$4.99
Grab a cozy blanket, pour some bourbon in your hot chocolate, and gather around the fireplace. It’s about to get chilly! This un-brrr-lievable anthology presents 30 spooky stories exploring the depths of madness and terror unique to the cold. Whether it’s a chilling twist on the final girl trope, a mysterious Japanese spirit knocking on a cabin door, or something sinister born out of urine soaked snow, this frigid collection is packed with tales that will send a shiver down your spine. Get ready. A blizzard is coming.
Read more
Other Formats: Paperback 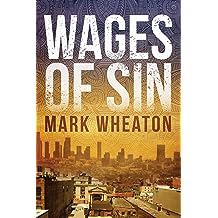 Not a day goes by that Father Luis Chavez isn’t haunted by the cold-blooded slaying of his brother, Nicolas. But as the years pass and the case remains unsolved, there looks to be no end to his torment.

When Chief Deputy District Attorney Michael Story discovers a possible link between a murdered prosecutor and Nicolas’s death several years before, the priest investigates, uncovering an international money-laundering scheme tying American banks to Mexican cartels. Finding himself the target of a brutal cartel hit squad, Father Chavez heads to Mexico, where he unearths a long-buried secret that pushes his faith to the breaking point.

As he fights to stop a seemingly endless cycle of killing, Father Chavez closes in on his brother’s murderer, learning that sometimes the most incipient evil is found closest to home. 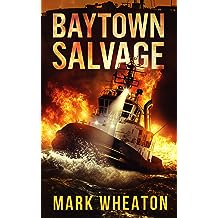 Brand new explosive fiction from the author of Fields of Wrath, City of Strangers, and Wages of Sin

Wyatt Stoke had just about pissed his life away by the time he hit forty. When his uncle died, he suddenly found himself inheriting a rundown house in Baytown, Texas, an equally rundown salvage tugboat (the Yemanjá), and the scrappiest rag tag crew of small-time crooks and addicts that ever yanked a sunken yacht off a Galveston shoal.

But during a salvage and rescue job on a container ship that’s burning out of control in the Houston Ship Channel, Wyatt and his first mate come across a pair of corpses they were not meant to find. Within twenty-four hours, Wyatt finds himself and his crew in the crosshairs of Louisiana drug runners, corrupt law enforcement officials, and an FBI investigation into just what happened on that burning boat.

Dodging bullets, sharks, mercenaries, oil platform explosions, and drug-addled Cajuns, Wyatt and his crew have to criss-cross the Gulf on the surface and the seafloor itself to uncover a smuggling operation that's processing fuel for one of the worst terrorist armies in modern history.

From the author of Emily Eternal and Fields of Wraths comes a fast-paced, smart adventure you will not be able to put down.
Read more
Other Formats: Paperback 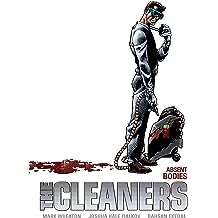 The Cleaners Volume 1 Absent Bodies May 27, 2015
by Mark Wheaton, Rahsan Ekedal
( 5 )
$4.99
In the dark tradition of Los Angeles noir, The Cleaners is the story of a ragtag team of for-hire trauma-scene cleaners led by ex-surgeon Robert Bellarmine. Contracted with sanitizing some of the nastiest crime and accident scenes in the tri-county L.A. basin, the team battles against what could only be described as the grim, unknowable face of the supernatural. But by focusing on the scientific explanation, no matter how aberrant or extraordinary, they counteract centuries-old superstition to prove things are seldom what they seem...

In Absent Bodies, Bellarmine and his crew take on a series of gruesome tasks starting with a bloodbath that covers an entire neighborhood. This investigation leads them toward uncovering a disturbing mystery involving missing people — mostly children — which dates back longer than the history of the city itself.
Read more
Other Formats: Paperback