Marked Masters (A Bodies of Art Mystery Book 2) and millions of other books are available for Amazon Kindle. Learn more 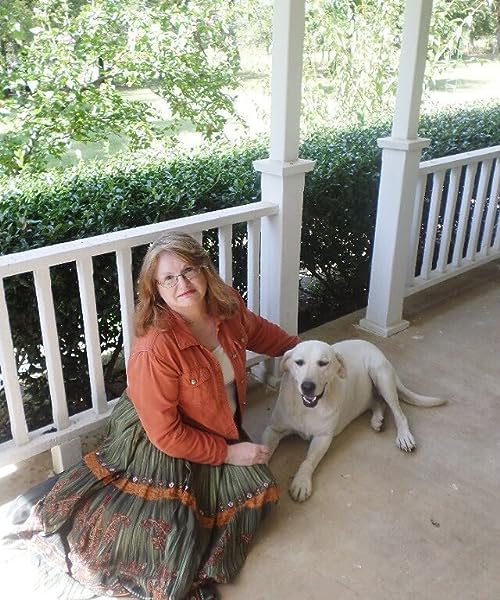 by Ritter Ames (Author)
4.5 out of 5 stars 127 ratings
Book 2 of 5: A Bodies of Art Mystery
See all formats and editions
Sorry, there was a problem loading this page. Try again.

An Amazon Book with Buzz: "The Redemption of Bobby Love" by Bobby Love
"Tender and brutal.”—Jeff Hobbs Learn more

Ritter Ames lives atop a high green hill in the country with her husband and Labrador retriever, and spends each day globe-trotting the art world from her laptop with Pandora blasting into her earbuds. Often with the dog snoring at her feet. Much like her Bodies of Art Mysteries, Ritter’s favorite vacations start in London, then spiral out in every direction. She’s been known to plan trips after researching new books, and keeps a list of “can’t miss” foods to taste along the way.

Start reading Marked Masters (A Bodies of Art Mystery Book 2) on your Kindle in under a minute.

4.5 out of 5 stars
4.5 out of 5
127 global ratings
How are ratings calculated?
To calculate the overall star rating and percentage breakdown by star, we don’t use a simple average. Instead, our system considers things like how recent a review is and if the reviewer bought the item on Amazon. It also analyzes reviews to verify trustworthiness.
Top reviews

Ellie's Reads
5.0 out of 5 stars Fast and fun. Italy, yachts, sidekicks, art, and suspense 10 ways to Sunday!
Reviewed in the United States on February 23, 2016
Verified Purchase
More mystery-thriller fun with Laurel, Jack, Nico and the world of international art, big money, and designer fashions in an intricate plot carried over from book one, Counterfeit Conspiracies. This time the setting spills from Miami to London to tiny villages in lovely Italy, and it's quite exciting to see what's around the next turn. A few genuine, jaw-dropping surprises mix well with the continuing development of Laurel and Jack as the main characters as we learn more about their history and motives. There's even a little blurring of the lines of who is a good guy/gal and who isn't, and all is not what it seems. Plenty of room for more of the story to come and I maintain this series would make an excellent fast-paced movie.
For those of you following along, we may have traded in the well-used Prada for a Fendi since book one, but the purse pockets still hold mysterious tools and equipment to assist the action and fun that ensues. Bravo to a sequel that is even more exciting than the first book. Keeping my seat belt fastened for the next in the series and hate having to wait for it. Write faster, please!
(Notes to self: Go to Italy. Spend night on yacht. Seek handsome British sidekicks.)
Read more
2 people found this helpful
Helpful
Report abuse

CozyreadersTop Contributor: Cooking
5.0 out of 5 stars Exotic Venues For Murder and Thefts
Reviewed in the United States on April 16, 2017
Verified Purchase
If you enjoy a mystery filled with murders, art thefts, forgeries, and deception, you will adore this episode in the life of Laurel Beacham, director of the London branch of the Beacham Foundation.

Laurel is a well known fine arts critic, and to her selected few, a competent art thief, for purposes of reclaiming stolen artifacts and paintings, of course.

Laurel had in the first novel of this series, been hunting to reclaim a famous snuff box. The first book was filled with action and surprises, as is this subsequent novel. The novel picks up with Laurel joining forces with a British agent, at least she thinks Jack Hawke is an agent, he might just be another incredibly talented art thief. Jack is also after the snuff box.

This novel has us traveling the length of Florida, over to London, and ending in Florence, Italy. We encounter Mob bosses, art and car thiefs, and dead bodies that come alive again.

This was an exciting mystery novel, and leads into the next volume which I fully expect to be as thrilling. Great series.
Read more
3 people found this helpful
Helpful
Report abuse

Mark Baker - Carstairs Considers
HALL OF FAMEVINE VOICE
5.0 out of 5 stars More Intrigue in the Art World
Reviewed in the United States on July 2, 2018
Verified Purchase
This book opens with Laurel Beacham in Florida with Jack Hawkes. Despite what they have just gone through in the first book in this series, Laurel still doesn’t trust Jack and is only reluctantly working with him. He is keeping too many secrets from her while demanding she share everything she know. They are continuing to work together, however, in order to stop a major art heist, and Florida is their most promising lead. A kidnapping and a dead body prove that they are on the right track. Will they learn more about the plans in order to stop the heist? Or will they be stopped permanently?

There is a strong on-going story line in this series involving an upcoming art heist, so I definitely recommend you read these books in order. In fact, I wish I had read this one closer to the first. The author does do a good job of filling in the blanks on what has happened before, which helped me remember the events of the first book. The story starts strong and keeps going from twist to turn as the pages fly by, resolving enough to make this book feel like it has resolved while still leaving plenty for Laurel and Jack to face in the next book. The duo make for intriguing leads, and the characters we meet along the way hold our interest as well.
Read more
Helpful
Report abuse

Book Lover 222
5.0 out of 5 stars Well written, Intricately Plotted Gem of Book
Reviewed in the United States on January 3, 2020
Verified Purchase
Marked Masters by Ritter Ames
Marked Masters, second book in the Bodies of Art series, is as fast-paced and heart-thumping as the first book. Laurel Beacham is like the James Bond of the Art world. Knowledgeable Art Critic by day, cat-suited art burglar retrieving stolen art to send it back to it’s rightful place. The author submerses all your senses in this well written, intricately plotted gem of a book. I’ll be picking up Book Three soon!
Read more
One person found this helpful
Helpful
Report abuse

4c3c
5.0 out of 5 stars A Non-Stop Thrill Ride
Reviewed in the United States on May 17, 2017
Verified Purchase
Marked Masters is just as enjoyable as the first book in this series, Counterfeit Conspiracies. Laurel Beacham is a wonderful protagonist who can hold her own in almost any situation, in part thanks to all the gadgets and gear hidden in her trustworthy Fendi bag, as well as her expertise for getting into difficult places. Throw in her sidekicks, Nico and Cassie, and she is ready for whatever the world of Art fraud and theft can throw at her in her quest to return stolen art back to its rightful place. And then there's Jack -- can she really trust him when he holds back so much information from her? In addition to Jack, very few people in this book are who they seem to be. Marked Masters takes off from the very beginning and does not let go until the very end (or is it the very end?) I found myself googling works of arts mentioned in the book, and felt like I was by Laurel's side the whole time, and especially enjoyed her time on Whyte Noise's private jet. I can't wait to read the next book in this series, Abstract Aliases, because Laurel and Jack have a lot of detecting to do and some very complex mysteries to solve!

I highly recommend this book and this series and know you'll love it!
Read more
One person found this helpful
Helpful
Report abuse
See all reviews

Elisa
5.0 out of 5 stars More than loved it
Reviewed in Australia on March 3, 2015
Verified Purchase
Just as good as the first love the ending knowing the next book could go so many different ways I can't wait to see what happens next really hoping Laurel finds out Jack really is a good guy and someone she can trust but I love also how it could go the other way I am dying to find out lol having Nico and Cassie more involved was great as well they work well together hope the next book is out soon
Read more
One person found this helpful
Report abuse

Steph
5.0 out of 5 stars Another Winner
Reviewed in Germany on April 2, 2016
Verified Purchase
Like the first Bodies of Art Mystery, this one was fantastic. The adventures remain captivating, but the truly great part of these books is how Ms. Ames develops the characters giving us more and more glimpses into their lives.
Read more
Report abuse

G. Gagne
5.0 out of 5 stars Great book
Reviewed in Canada on April 9, 2018
Verified Purchase
I love the characters and the non stop action. This book is hard to put down, and keeps you wanting more.
Read more
Report abuse

Chezza, Victoria, Australia
5.0 out of 5 stars Great Series
Reviewed in Australia on March 9, 2015
Verified Purchase
Another great book in this series. I found it hard to put down and can't wait for the next installment.
Read more
One person found this helpful
Report abuse

Sculpana
1.0 out of 5 stars One Star
Reviewed in Australia on June 20, 2015
Verified Purchase
Too self-consciously trying to be clever.
Read more
Report abuse
See all reviews
Back to top
Get to Know Us
Make Money with Us
Amazon Payment Products
Let Us Help You
EnglishChoose a language for shopping. United StatesChoose a country/region for shopping.
© 1996-2021, Amazon.com, Inc. or its affiliates