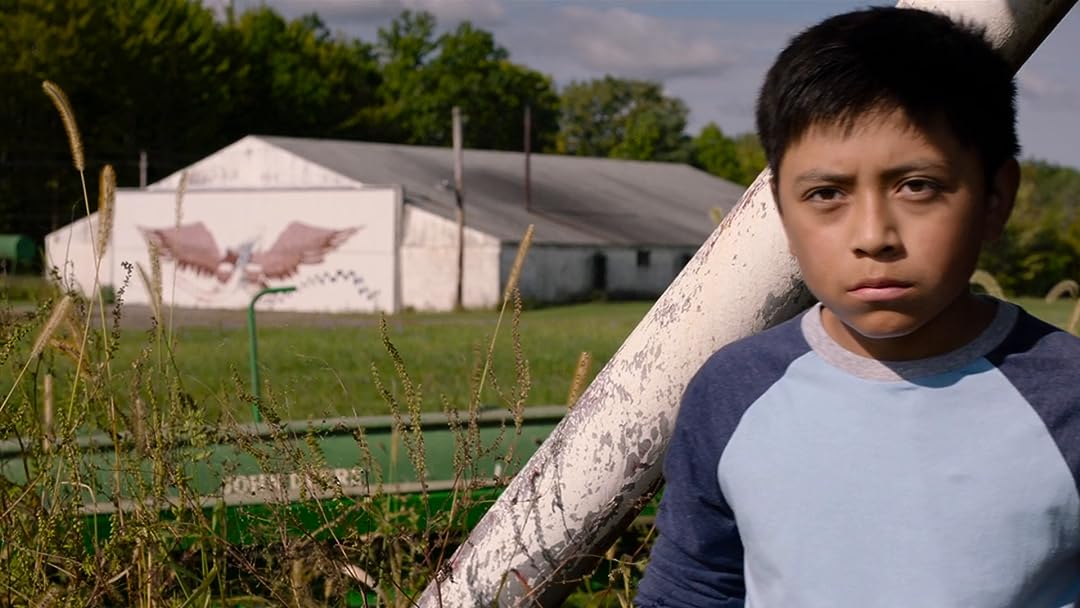 John NelsonReviewed in the United States on May 22, 2021
1.0 out of 5 stars
Just another propaganda piece.
Verified purchase
Another Hollywood propaganda movie. Trying to humanize the Cartels like they have no choice to do what they do. Why these millionaires live comfy in their million dollar mansions. I found the movie just to be one propaganda cliche after another. Like how ease it is to buy a firearm and how rich white people treat the poor Mexican cartel member by bumping into him while he is looking at his girlfriend. He is a freaking cartel member who murders Americans and Mexicans. Don't watch this trash.
180 people found this helpful

Jimmy A.Reviewed in the United States on April 29, 2021
2.0 out of 5 stars
Not that good
Verified purchase
Horribly boring, monotonous bad Mexicans movie with little action, lame acting and Neeson lacking any excitement about him. Definitely a B movie. Liam Neeson movies are becoming as bad as Steven Seagal movies.
142 people found this helpful

Amazon CustomerReviewed in the United States on August 18, 2021
1.0 out of 5 stars
Open Border Trash
Verified purchase
According to this movie, aged, white American's only purpose in life is to go broke and die in a drunken hole or to help illegals find their other illegal families hiding ILLEGALLY in their own country. And once they've achieved that illegal goal, they should just jump on a bus and die. Meanwhile, the cartels aren't evil at all, they're just misunderstood victims.

The propaganda that hollyweird is pumping out is so blatant at this point that if you don't see it, you are part of the problem.

NicholasReviewed in the United States on January 2, 2022
1.0 out of 5 stars
If Only We Could Give Negative Reviews
Verified purchase
The movie started off okay. About halfway through I was wondering why so many were giving it bad reviews and then it got silly and then became more and more implausible by the minute.

So, a Marine, with no money after his wife's medical bills wiped him out, with his home about to be repossessed is going to burn a couple of hundred thousand dollars in a campfire because it's cartel money?

Gang bangers are going to spend all day sitting on a bridge over all major routes into Chicago to spot a blue pickup truck with a guy and a kid in it? (and what happened if they'd rolled through in the middle of the night?)

Liam's character spots them and goes on back roads and lo and behold the cartel guys, who are also going to patrol backroads, just happen to bump into them?

You have a shootout in farm country with full auto weapons and a burning truck and not a single farmer anywhere comes out to look and see what's going on?

When the "marksman" starts shooting the cartel guys from a barn he doesn't shoot the leader first? What sniper isn't going to start with the head guy? That's SOP

The cartel guy, holding the kid hostage, doesn't just shoot Neeson when he puts the gun down? Of course not. We have to have a dialogue to give Liam a chance to wrestle with the cartel guy.

Neeson, allegedly a former Marine is stabbed twice and shot once during the scuffle, and at no point does he treat the wounds. Nope, let's just hitchhike to Chicago to get Miguel back to his relatives.

And, the cartel, who has all of American law enforcement in their pocket apparently, can't find Miguel's relatives' address in America and just wait for them there and kill all of them?

So, horribly bad. Give it a big swerve.

Discerning shopperReviewed in the United States on April 28, 2021
5.0 out of 5 stars
Entertaining Beginning To End
Verified purchase
Great movie with lots of action. Liam Neeson does not disappoint. Good story line as always with his movies. Glad I bought it for all of the family to enjoy.
54 people found this helpful

Actor Liam Neeson as a retired US Marine transports an orphaned and imperiled young Mexican child to safety in the new action thriller “The Marksman”...and simultaneously makes one too many trips to a well that might’ve dried up from overuse.

Former Marine Jim Hanson is an aging alcoholic widower living on a failing Arizona cattle ranch on the Mexican border. Cash-strapped and earning extra money by reporting illegal crossings to the US Border Patrol, Hanson helps a Mexican woman and her son escape from a murderous drug cartel. When the mother is gravely wounded in the resulting firefight, Hanson promises the dying woman he'll transport her young child to relatives in Chicago...but is hounded every step of the way by both the bloodthirsty Mexican cartel and agents of the US Department of Homeland Security.

Directed by Robert Lorenz, “The Marksman” turns out to be mean, messy, and dumb little action drama without a solitary redeeming virtue. Director Lorenz does a fairly competent job of introducing the movie’s characters and establishing its well-worn premise, but after about twenty minutes the picture begins to wander aimlessly through suspense scenes with no suspense and action sequences so tame that most of the shooting is done offscreen. Even the picture’s is misleading--Neeson’s character isn’t a particularly good shot.

With a script seemingly concocted by Chris Charles, Danny Kravitz, and the director from dozens of better films, “The Marksman” lacks nuance, subtlety, and character development. The inevitable result is that the audience has nobody to root for--some characters are just worse than others. The only point of interest in the movie is wondering why Liam Neeson’s not indulging in a late career renaissance of challenging roles instead of churning out nonsense like this.

Director Lorenz is best-known as the producer of many of filmmaker Clint Eastwood’s more recent pictures, from “Blood Work” in 2002 and “Mystic River” in 2003 to “American Sniper” in 2014. Lorenz’ only previous film as director was 2012’s “Trouble with the Curve,” a poorly conceived sports drama which managed to lose money at the box office despite its modest budget and Eastwood himself starring in a rare return to acting.

Filmed in and around Chardon, Ohio (!) with location scenes shot in New Mexico, “The Marksman” is rated PG-13 for violence, some strong language, and bloody images.
93 people found this helpful

RaymondReviewed in the United States on May 7, 2021
3.0 out of 5 stars
Good except ...
Verified purchase
I really only like Liam Neeson movies when he's a total bad ass. So although this movie is okay and believable, after all the Taken movies, I just want to see Neeson dominate the action.
39 people found this helpful

BillyReviewed in the United States on March 4, 2022
1.0 out of 5 stars
Real life open borders
Verified purchase
This is jot even close to the real problem with the open borders happening right now in 2022. Bidens open borders have put children in the sex slave human trafficking like never before. The fentanyl coming across the open border is the LEADING CAUSE OF DEATH for people ages 18 to 45. Not covid. But bidens fentanyl. All for political gain.
20 people found this helpful
See all reviews
Back to top
Get to Know Us
Make Money with Us
Amazon Payment Products
Let Us Help You
EnglishChoose a language for shopping. United StatesChoose a country/region for shopping.
© 1996-2022, Amazon.com, Inc. or its affiliates