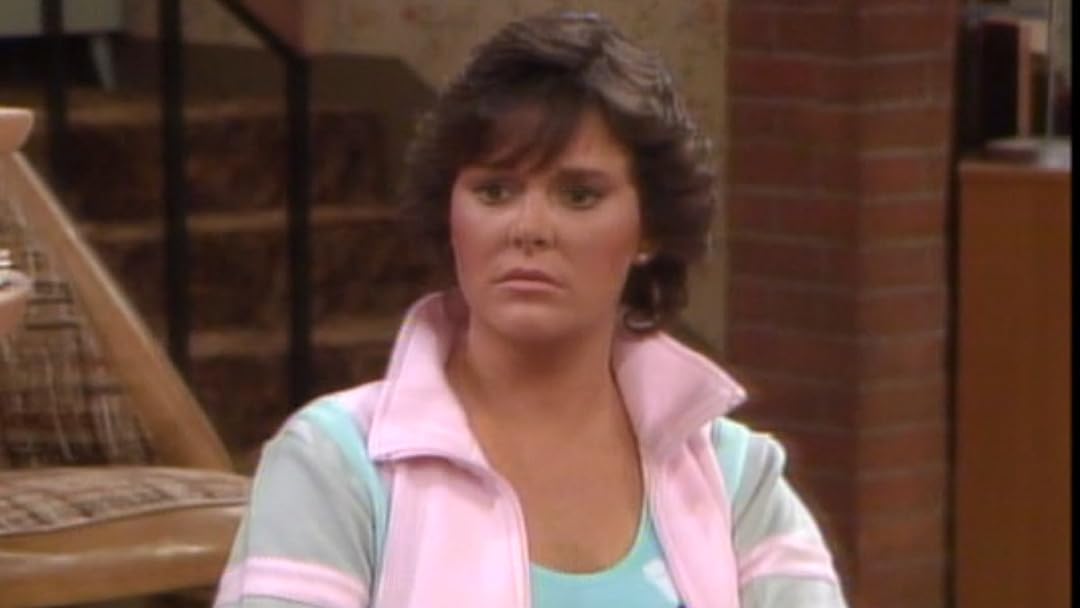 (675)
8.11987NR
Al and Peggy Bundy have an equal partnership in marriage: everyone suffers!

BackToGoodReviewed in the United States on April 19, 2020
5.0 out of 5 stars
Most grounded, realistic season of the series
Verified purchase
Season 1 of Married with Children is easily the one where all the characters still felt like real people, instead of the silly (albeit hilarious) caricatures they would eventually become in the later seasons. The 80s was chock full of "perfect" family sitcoms: The Cosby Show, Growing Pains, Family Ties, Home Improvement, Full House, etc. But MWC was the ultimate ANTI-sitcom, daring to showcase the more realistic, unappealing aspects of the family dynamic. While Al Bundy (the legendary Ed O'Neill) and his wife Peg (the hilarious Katey Sagal) most definitely loved each other, they spent a significant amount of time at odds and arguing, which especially in this first season, felt all too real. And their kids teenaged daughter Kelly (iconic Christina Applegate) and pre-pubescent son Bud (eternally underrated David Faustino) started out real, too.

Al was the star of his high school football team and that was his peak, marrying his high school sweetheart Peg and settling down immediately into a dead end job selling women's shoes. Obviously Kelly was conceived early on in their marriage, if not before, then a few years later Bud was born. In the first season, all the characters were very relatable. While Al and Peg fought a lot, they still had moments where they compromised and showed their mutual love. Al was actually hard working while Peg was a reasonably good housewife. Kelly actually had street smarts and comprehension of the English language early on. And Bud was the all-too realistic annoying prankster younger brother. Rounding out this great cast of characters are Steve and Marcy Rhoades (superbly played by David Garrison and Amanda Bearse). Steve and Marcy were the perfect nosy clean-cut neighbors, a few years younger than Al and Peg, and destined to end up just like them. As Season 1 progressed, as the respective duos of Al-Steve and Peg-Marcy got closer, you could see the Rhodes taking on their personalities and their perfect marriage in the beginnings of it's deterioration. MWC started out REAL. There was also a completely overlooked and forgotten character Luke (memorably played in scene-stealing fashion by Ritch Shydner), who was originally Al's fellow shoe store employee. A lot of fans probably think that Al always worked the store alone until the later seasons when Griff showed up, but Luke was actually there at the beginning before disappearing by the second season.

Having not watched Season 1 in what felt like an eternity, I was surprised at how well-written and focused as it started out and how much the dialogue and situations from that season still hold up to this day. Had the show continued this path instead of going full on slapstick comedy, I almost think it would be All in the Family/Seinfeld/Cheers/Roseanne level of brilliant. Don't get me wrong, MWC became a huge hit and iconic in it's own right for a reason, but I was stunned at how grounded ALL episodes of Season 1 versus the rest of them. Season 2 started introducing rather unreal, silly scenarios and you can really seeds of slapstick comedy being planted. By the later seasons, the show was basically a live-action cartoon. But there's always Season 1 to fall back in if you want to see a real, relatable depiction of the fractured American family.

TransitionDocReviewed in the United States on April 9, 2020
1.0 out of 5 stars
Nothing Redeeming About This
Verified purchase
After watching Modern Family for all 11 seasons, I wanted to see what they hype about Married with Children was all about. Granted this show is 80's humor but it's really not funny at all. The acting stinks, even Ed O'Neill and the subject matter juvenile. It must be a low class of people who thought this was funny! I purchased the First season but only got through 5 episodes. You couldn't pay me to suffer through the rest of the episodes, let alone the rest of the seasons. What a waste.
One person found this helpful

Jennifer KirchgeslerReviewed in the United States on March 16, 2022
5.0 out of 5 stars
My favorite show
Verified purchase
I love this show! Little expensive but I'm addicted

LoboReviewed in the United States on December 25, 2015
3.0 out of 5 stars
Great show, terrible streaming video quality
Verified purchase
The show is fantastic, but the video quality ain't. It's like they took a VCR tape copy of the series, displayed in on an old fashioned tube TV, and set up a video camera to record the images shown on the TV. Bleh.
7 people found this helpful

Amreek SinghReviewed in the United States on October 15, 2018
5.0 out of 5 stars
Married...With Children Laughs Out Load.
Verified purchase
Awesome comedy blended with humorous jokes packed with plenty of laughter and excitement. I’ll watch it over and over again. GOOOOO BUNDYS!!! 🤷🏻‍♂️🤦‍♂️🙎‍♂️
One person found this helpful
See all reviews
Back to top
Get to Know Us
Make Money with Us
Amazon Payment Products
Let Us Help You
EnglishChoose a language for shopping. United StatesChoose a country/region for shopping.
© 1996-2022, Amazon.com, Inc. or its affiliates