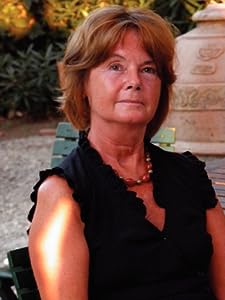 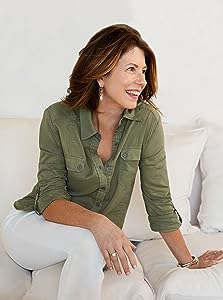 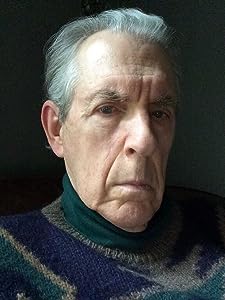 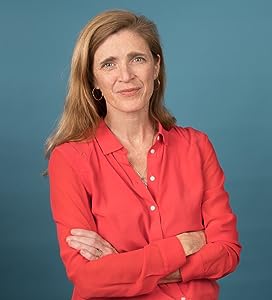 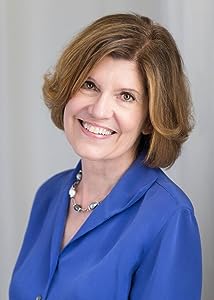 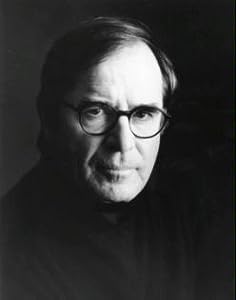 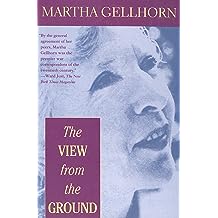 The View from the Ground Dec 9, 2014
by Martha Gellhorn
( 32 )
$10.44
An anthology spanning six decades of on-the-scene journalism from “one of the most eloquent witnesses of the twentieth century” (Bill Buford, Granta).

For nearly sixty years, Martha Gellhorn traveled the globe to report on the tumult and extremity of life in the twentieth century. The View from the Ground, as Gellhorn explains, “is a selection of articles written during six decades; peace-time reporting. That is to say, the countries in the background were at peace at the moment of writing; not that there was peace on earth.”

Included here are accounts of America during the Depression, Israel and Palestine in the 1950s, post-Franco Spain, protests at the White House, domestic life in Africa, and Gellhorn’s return to Cuba after a forty-one-year absence—among many other topics. Informed by the horrors of fascism in Spain and Germany, the modern terror in Central America, and by the courage of those who stand up to the thugs both in an out of government, The View from the Ground is a singular act of testimony that, like its companion volume, The Face of War, is “an eloquent, unforgettable history of a chaotic century” (San Francisco Chronicle).
Read more
Other Formats: Audible Audiobook , Hardcover , Paperback , MP3 CD 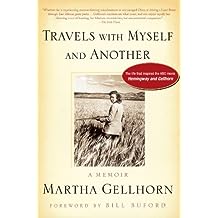 Travels with Myself and Another: A Memoir May 7, 2001
by Martha Gellhorn
( 153 )
$11.99
Now including a foreward by Bill Buford and photographs of Gellhorn with Hemingway, Dorothy Parker, Madame Chiang Kai-shek, Gary Cooper, and others, this new edition rediscovers the voice of an extraordinary woman and brings back into print an irresistibly entertaining classic.

"Martha Gellhorn was so fearless in a male way, and yet utterly capable of making men melt," writes New Yorker literary editor Bill Buford. As a journalist, Gellhorn covered every military conflict from the Spanish Civil War to Vietnam and Nicaragua. She also bewitched Eleanor Roosevelt's secret love and enraptured Ernest Hemingway with her courage as they dodged shell fire together.

Hemingway is, of course, the unnamed "other" in the title of this tart memoir, first published in 1979, in which Gellhorn describes her globe-spanning adventures, both accompanied and alone. With razor-sharp humor and exceptional insight into place and character, she tells of a tense week spent among dissidents in Moscow; long days whiled away in a disused water tank with hippies clustered at Eilat on the Red Sea; and her journeys by sampan and horse to the interior of China during the Sino-Japanese War. 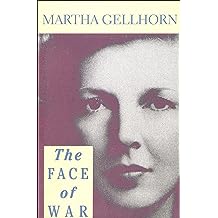 The Face of War Dec 9, 2014
by Martha Gellhorn
( 91 )
$10.84
A collection of “first-rate frontline journalism” from the Spanish Civil War to US actions in Central America “by a woman singularly unafraid of guns” (Vanity Fair).

For nearly sixty years, Martha Gellhorn’s fearless war correspondence made her a leading journalistic voice of her generation. From the Spanish Civil War in 1937 through the Central American wars of the mid-eighties, Gellhorn’s candid reporting reflected her deep empathy for people regardless of their political ideology. Collecting the best of Gellhorn’s writing on foreign conflicts, and now with a new introduction by Lauren Elkin, The Face of War is a classic of frontline journalism by “the premier war correspondent of the twentieth century” (Ward Just, The New York Times Magazine).

Whether in Java, Finland, the Middle East, or Vietnam, she used the same vigorous approach. “I wrote very fast, as I had to,” she says, “afraid that I would forget the exact sound, smell, words, gestures, which were special to this moment and this place.” As Merle Rubin noted in his review of this volume for The Christian ScienceMonitor, “Martha Gellhorn’s courageous, independent-minded reportage breaks through geopolitical abstractions and ideological propaganda to take the reader straight to the scene of the event.”
Read more
Other Formats: Hardcover , Paperback , Mass Market Paperback , MP3 CD 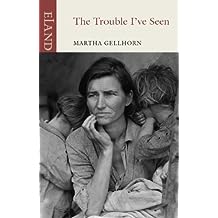 The Trouble I've Seen: Four Stories from the Great Depression May 18, 2012
by Martha Gellhorn , Caroline Moorehead
( 43 )
$7.99
These four interlinked stories encapsulate Martha Gellhorn's firsthand observation of the Great Depression. Fiction crafted with documentary accuracy, they vividly render the gradual spiritual collapse of the simple, homely sufficiency of American life in the face of sudden unemployment, desperate poverty and hopelessness. They catch the mood of a generation 'sucked into indifference' and of young men who no longer 'believe in man or God, let alone private industry'. Martha was the youngest of a squad of sixteen, handpicked reporters who were paid to file accurate, confidential reports on the human stories behind the statisti of the Depression directly to Roosevelt's White House. In these pages, we understand the real cost of sudden destitution on a vast scale. We taste the dust in the mouth, smell the disease and feel the hopelessness and the despair. And here, too, we can hear the earliest cadences of the voice of a writer who went on to become, arguably, the greatest female war reporter of the 20th century.
Read more
Other Formats: Paperback 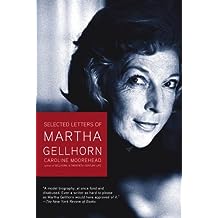 From Martha Gellhorn's critically acclaimed biographer, the first collected letters of this defining figure of the twentieth-century

Martha Gellhorn's heroic career as a reporter brought her to the front lines of virtually every significant international conflict between the Spanish Civil War and the end of the Cold War. While Gellhorn's wartime dispatches rank among the best of the century, her personal letters are their equal: as vivid and fascinating as anything she ever published.

Gellhorn's correspondence from 1930 to 1996—chronicling friendships with figures as diverse as Eleanor Roosevelt, Leonard Bernstein, and H. G. Wells, as well as her tempestuous marriage to Ernest Hemingway—paint a vivid picture of the twentieth century as she lived it.

Caroline Moorehead, who was granted exclusive access to the letters, has expertly edited this fascinating volume, providing prefatory and interstitial material that contextualizes Gellhorn's correspondence within the arc of her entire life. The letters introduce us to the woman behind the correspondent—a writer of wit, charm, and vulnerability. The result is an exhilarating, intimate portrait of one of the most accomplished women of modern times. 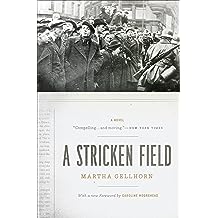 Martha Gellhorn was one of the first—and most widely read—female war correspondents of the twentieth century. She is best known for her fearless reporting in Europe before and during WWII and for her brief marriage to Ernest Hemingway, but she was also an acclaimed novelist.

In 1938, before the Munich pact, Gellhorn visited Prague and witnessed its transformation from a proud democracy preparing to battle Hitler to a country occupied by the German army. Born out of this experience, A Stricken Field follows a journalist who returns to Prague after its annexation and finds her efforts to obtain help for the refugees and to convey the shocking state of the country both frustrating and futile. A convincing account of a people under the brutal oppression of the Gestapo, A Stricken Field is Gellhorn’s most powerful work of fiction.

“[A] brave, final novel. Its writing is quick with movement and with sympathy; its people alive with death, if one can put it that way. It leaves one with aching heart and questing mind.”—New York Herald Tribune

“The translation of [Gellhorn’s] personal testimony into the form of a novel has . . . force and point.”—Times Literary Supplement
Read more
Other Formats: Hardcover , Paperback 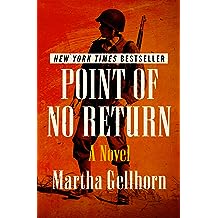 Point of No Return: A Novel Dec 20, 2016
by Martha Gellhorn
( 22 )
$10.99
A US soldier confronts the horrors of the Holocaust in this New York Times–bestselling novel from acclaimed WWII correspondent Martha Gellhorn.

Growing up in St. Louis, Missouri, Jacob Levy is a typical American boy. He never gives much thought to world affairs—or to his Jewish heritage. But when the United States joins the Allied effort to stop Hitler, Jacob’s life and sense of identity are on course to change forever. As a soldier in the last months of World War II, Jacob lives through the Battle of the Bulge and the discovery of Nazi concentration camps. Witnessing the liberation of Dachau, he confronts a level of cruelty beyond his own imaginings, and the shock transforms him in ways he never thought possible.

One of the first female war correspondents of the twentieth century, Martha Gellhorn visited Dachau a week after its discovery by American soldiers. A New York Times bestseller when it was first published, this powerful novel grapples with the horrors of war and dilemmas of moral responsibility that are just as relevant today.

This ebook features an afterword by the author. 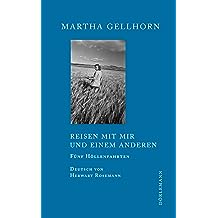