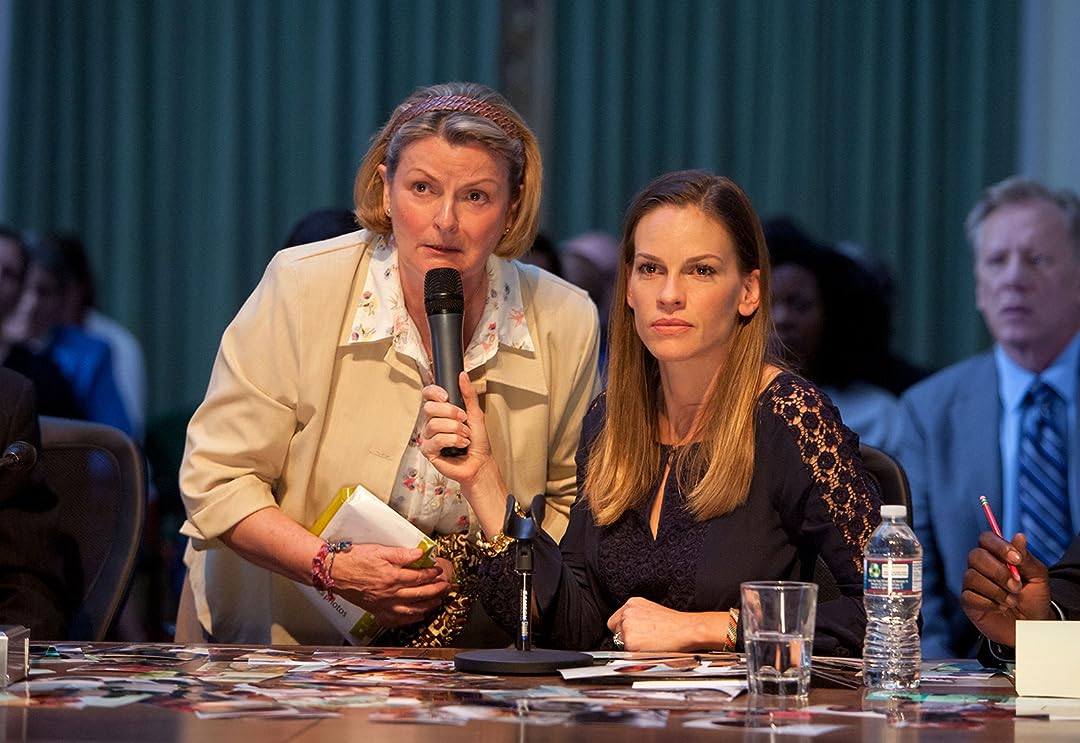 rainbowsmileReviewed in the United States on November 8, 2019
3.0 out of 5 stars
3 for acting and contrived air to it
Verified purchase
Well, I LOVE movies about making a difference in people's lives. So, I forced myself to watch it to the end and three stars minimum for anything that promotes doing good in the world. But OMG, the main character was so difficult to watch. The lines and the whole "wealthy white/American privilege" thing, so hard to get through. I liked the British character for the most part. And the husband not supporting the mother to actually try and make a positive difference out of a tragedy. She wasn't doing anything else anyway. He was the only one working, apparently. So don't even see how it would have "imposed" on their time. That wasn't believable as she had all day while he was at work to do whatever. In addition to that, the saddest part of the movie for me, besides the statistics of how many people die of malaria each year, was the moment where the main character has taken her son to another country to homeschool him, in order to supposedly bond with him more and not be so distanced as a family. And, the first night her son is scared to sleep by himself and asks if he can sleep in her room, and instead of seeing this right away as her opportunity to be closer to him, the first response is "what's wrong with your room?" That right there is the problem with parenting in the western cultures - where there is so much money for everyone to have their own room, but no real intimacy with their own family members. Children are not automatically welcomed to be near their parents adn comforted when they make the difficult decision to let their parents know they are afraid and need connection. She even follows it up with "Well, just this ONCE". Groan. And then the parents wonder why there is a barrier between them and their children??? I also wonder would the response have been different if the child had been female? Boys are children too, and get scared like everyone else. Geez. When will we stop this forcing young boys to deny their feelings and "tough it out"? And then when she allows him to be in the same room with her - voila! Amazing, fun, intimate and bonding time together. What a shocker. Only to a western culture family, would that be like a "thing". Double groan. Why is that not a no brainer? More time in proxmity - more time to bond. Duh. Overall, there are better do-good movies to watch for sure. But, it does teach you a lot about malaria.
2 people found this helpful

Chris D.Reviewed in the United States on May 15, 2016
5.0 out of 5 stars
Tragedy turns into purpose to help others
Verified purchase
This movie was a wonderful movie to watch. Yes it was tragic! But these two ladies, (Hilary Swank as Mary and Brenda Blethyn as Martha) turned their pain into their purpose. This movie was based on a screenplay by Richard Curtis and was not a true story. But I love stories true or not where tragedy is turned into a purpose for helping others. This movie shined the light on how the World Health Organization estimates malaria killed 660,000 people in 2010, most of them African children, but in 2015, there were an estimated 438, 000 malaria deaths. I reccomend it, but if you are a Prime member watch it before May 21st before it is no longer a prime movie, but it is worth buying or renting.
14 people found this helpful

David M.Reviewed in the United States on August 19, 2019
5.0 out of 5 stars
Brenda & Hillary: Film Chemistry that's quietly..SENSATIONAL!
Verified purchase
True story of two mothers from different continents that meet over the tragedy of their respective son's deaths in Africa. Emotionally wringing, I don't think I had any tears left at the end of this film. Some people don't like to cry over emotional films, this films doesn't make you sad, but leaves you with such HOPE; a very rare commodity these days! You won't regret viewing this film, both actresses doing some of their very best work in this film. I'm trully saddened however at the one and two star ratings given the film. The reasonings written in those reviews simply shows the lack of compassion in those reviewers hearts. They can say detracting things about the film, but deep down in most of those negative reviews, it's simply racisim.
2 people found this helpful

Amazon CustomerReviewed in the United States on August 31, 2015
5.0 out of 5 stars
Two Ladies Turn Their Loss Into Gain for Others.
Verified purchase
I really loved this movie. Brenda Blethyn is one of my favorites, especially in her series, Vera. Hillary Swank is great, and should have received better recognition for her work,especially in the movie, The Homesman.

Is it possible that this movie, Mary and Martha received little attention because it deals with real life and really tough problems?The same could be said of the movie, The Homesman. It dealt with people's lives in truly difficult times and conditions. Maybe we just fail to appreciate talent when it presents to us the gritty aspects of human existence.

The story of Mary and Martha allows us a close insight to the grief of personal loss, suffered by each of these two remarkable women. None of us enjoy sorrow, or tragic loss of a young person. Stories such as this help us somehow to understand such loss apart from our own heartaches.

I am glad this story was based on a real Martha and her real son, Harry, who died of malaria while working with children in Africa. I wish the Martha character had been given a more active part in the development of the story for television. Time constraints have to be considered.

I recommend this movie for all,especially women.
26 people found this helpful

MadisonReviewed in the United States on September 2, 2018
3.0 out of 5 stars
Great Story but puzzled by turning to goverment for solution
Verified purchase
This movie presents a very real, tragic problem of malaria and the countless deaths that are preventable. The two mothers are wonderfully portrayed and their children who loose their lives. What bothers me about the movie is that (spoiler alert) when the mother played by Hillary is looking for a way to solve the problem - rather than search for agencies or groups that are already providing the much needed Mosquito Netting for sleeping (i.e. Samaritians Purse and others) she turns to the government for answers. She doesn't raise funds or even donate funds to provide the nets or join forces with groups that are already carrying out this mission but turns to the government?

StaceyReviewed in the United States on June 24, 2017
5.0 out of 5 stars
Watch this movie
Verified purchase
Get ready to cry. Then keep watching how just one thing, one act by one person can change the lives of others.
This movie was a message of love, and because there has been so much hate filled acts around the world lately
this movie me gave me a glimmer of hope I thought I might lose watching the news each day. That's all, just watch it.
9 people found this helpful

HollyReviewed in the United States on April 22, 2017
5.0 out of 5 stars
I highly recommend this movie
Verified purchase
I highly recommend this movie. We are all one and this hits the very core of why we are here. To help others live abundant and meaningful lives.
On so many levels this movie gives meaning to what is going on around us. Reach out beyond the negativity and follow your heart.
Thank you. I am very grateful for this movie and the actresses and actors who made such an impact on bringing this awareness and need to the world.
3 people found this helpful
See all reviews
Back to top
Get to Know Us
Make Money with Us
Amazon Payment Products
Let Us Help You
EnglishChoose a language for shopping. United StatesChoose a country/region for shopping.
© 1996-2021, Amazon.com, Inc. or its affiliates