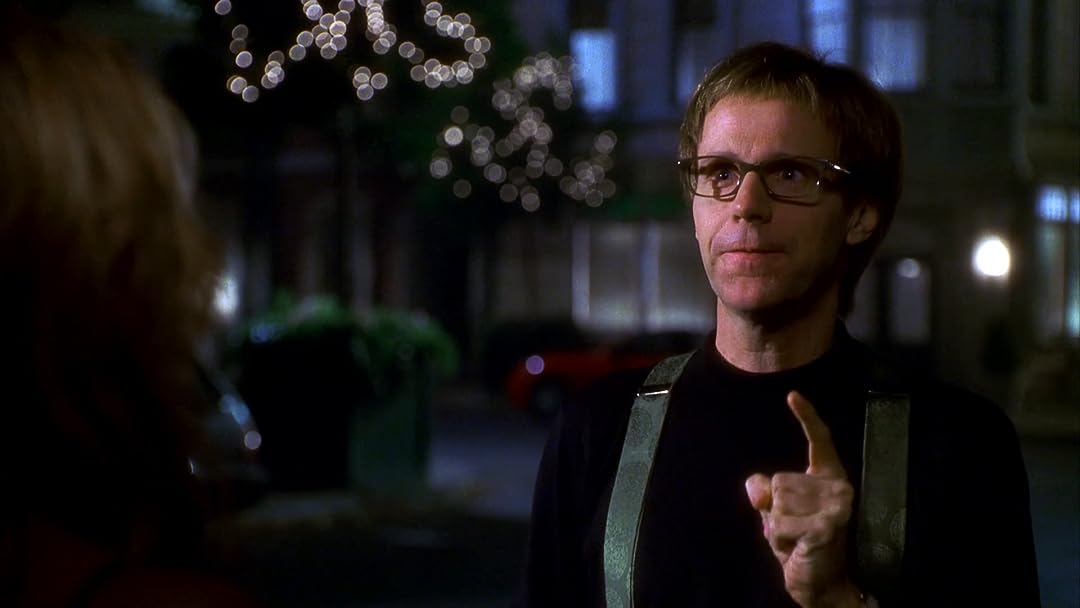 The Master Of Disguise

(4,113)
3.41 h 20 min2002X-RayPG
The Disguisey family tree just dropped a nut... Pistachio. One minute he's an old woman. The next, a turtle man. Moments later, President George W. Bush. Who is this man, this myth, this master? He'sPistachio, the Master of Disguise.

Kirsten CorwinReviewed in the United States on July 23, 2019
1.0 out of 5 stars
Forced to watch for How Did This Get Made...
Verified purchase
I watched this with some friends in preparation of a live recording of the podcast "How Did This Get Made?" and I must describe to you the embarrassing process we went through trying to watch this wretched movie. We first streamed it through Amazon, and paid the NOT WORTH IT $3 just to watch it. There was a thunderstorm in our area and 15 minutes in, the optimum internet cut out for the entire storm area. We had to watch the movie before the taping of the podcast, so began the process of trying to get the internet back. After about an hour of restarting routers and calling optimum, we finally decided to call DirectTV and see if they get us the movie via satellite. We then had a very embarrassing and crazy conversation with the woman working at DirectTV, in which we sounded like lunatics who lost internet but somehow absolutely needed to watch the worst movie ever made right now. Unshockingly, DirectTV does not have this awful movie. We're now 3 hours in. We give up, watch an episode of Chopped (which was frankly funnier than this "comedy"), and finally the internet is back on. I knew this movie was going to be bad, but after putting in so much time already I was hoping it would at least be salvageable. I was wrong. For the way too long 50 minutes we had left, I felt what I can only describe as severe second-hand embarrassment for everyone involved. For the people who made it, the people acting in it, and us for watching it. Out of all the movies we've seen for this podcast, this one had to be the absolute worst. I can't think of even one redeemable quality. Run far away.
12 people found this helpful

Shopping CartReviewed in the United States on October 6, 2018
1.0 out of 5 stars
This movie was so bad that I'm actually going to write a review about it
Verified purchase
I never saw this movie when it was originally released in the theaters but here was on Prime so I figured why not check it out? I loved Dana Carvey's SNL skits and even his short-lived variety show that was on many eons ago. I also consider Wayne's World 1 and 2 to be classics. That being said, I can't say the same for this piece of work. Watching this is more cringeworthy than funny because it's so bad. Even though it is supposed to be slapstick, it's hard to relate to a main character that feels more like a caricature bit impression in itself than an actual human so the whole film feels like one big long running skit where the only reason for a plot is to squeeze in as many random impressions as possible with as little reason as possible. Yeah I get that it's just a stupid movie but even stupid movies can be good or at least better than this was.
6 people found this helpful

KatReviewed in the United States on April 15, 2017
5.0 out of 5 stars
Turtlely enough for the turtle club
Verified purchase
We love this movie. I am the oldest of 5 and now that we are all adults we are busy. When we were younger we loved watching this together. No joke, as adult this movie gets us all in the same room. We actually setup hangout dates just to watch it together. Now my kids love it too.
18 people found this helpful

Notorious BIGReviewed in the United States on January 5, 2020
5.0 out of 5 stars
One of best movies of all times--a classic family comedy
Verified purchase
My family and I have watched this movie at least 30 times. It is that funny. We memorized the lines. It is incredibly funny, and the comedy is clean, family friendly and hilarious performed by talented actors.
6 people found this helpful

J. O.Reviewed in the United States on May 10, 2020
5.0 out of 5 stars
of course watch it, slap stick
Verified purchase
classic, he pulls a lot of moves from jerry Lewis (you could say he is almost a modern day updated "yet Still classic" Jerry Lewis) - you dont take Lewis seriously when you watch his flicks, dont take Dana seriously either - bonus his gf is a Real smoke show and adds some good support along with his grandfather (a true pro)
4 people found this helpful

Robert BrownReviewed in the United States on April 2, 2021
4.0 out of 5 stars
Love it or hate it!
Verified purchase
Just finished watching. If you've ever seen Dana Carvey before then you should have a good idea whether you will like or hate this movie. If you haven't seen Dana Carvey, then an opinion on Mike Myers will serve in its stead. I'm actually in the rare ground where I like some of their stuff, not all of it... I thought this was a good movie. The ridiculous meter was high and in some places they got close to drawing a line... I didn't think they passed that line. Found the movie quite enjoyable. Can understand why some would consider this a hit classic and others a complete waste of time. I'm somewhere in the middle, though I expect almost everyone to be at one end of the spectrum or the other.

leecountyhokieReviewed in the United States on December 30, 2013
4.0 out of 5 stars
This Movie Is Funny
Verified purchase
I was surprised to see how many bad reviews have been posted for this movie, but I guess I can understand. Out of curiosity, I read a lot of the reviews, and I can see the kind of people who hate this movie. They take themselves way too seriously-- they're the sort of people you can't stand being around for more than five minutes because everything is drama and everything is about them. It's so easy to type people sometimes.

This movie is funny. If you have to have "serious" comedy, you may not like this. Too bad. It's all about the lead character putting on funny costumes and making funny faces. That's pretty much it. There are lots of funny impressions. This is the kind of movie where you quit thinking for 80 minutes, and just have some good laughs.

The only part I don't like is the scatological humor. The villain passes gas a lot, and I don't find that funny. But everything else is, so I give it a pass.

This movie is funny if you can avoid taking yourself too seriously. Some people seem to think it's a kid's movie; I don't know, I wouldn't show it too kids under ten or so. Watch it first yourself and make your own parenting decision on that one. But for adults, I think it's worth a good laugh.

Sam Candor Reviewed in the United States on June 4, 2019
5.0 out of 5 stars
CLASSIC
Verified purchase
I grew up watching this movie and i cannot stress enough how good it is. It came in PERFECT condition. You know you wanna watch this movie. I mean if you looked up this movie title, we're gonna be friends. Good buys and good times.
6 people found this helpful
See all reviews
Back to top
Get to Know Us
Make Money with Us
Amazon Payment Products
Let Us Help You
EnglishChoose a language for shopping. United StatesChoose a country/region for shopping.
© 1996-2021, Amazon.com, Inc. or its affiliates