You've subscribed to Master Key! We will preorder your items within 24 hours of when they become available. When new books are released, we'll charge your default payment method for the lowest price available during the pre-order period.
Update your device or payment method, cancel individual pre-orders or your subscription at
Your Memberships & Subscriptions
There was an error. We were unable to process your subscription due to an error. Please refresh and try again. 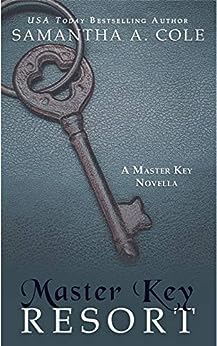 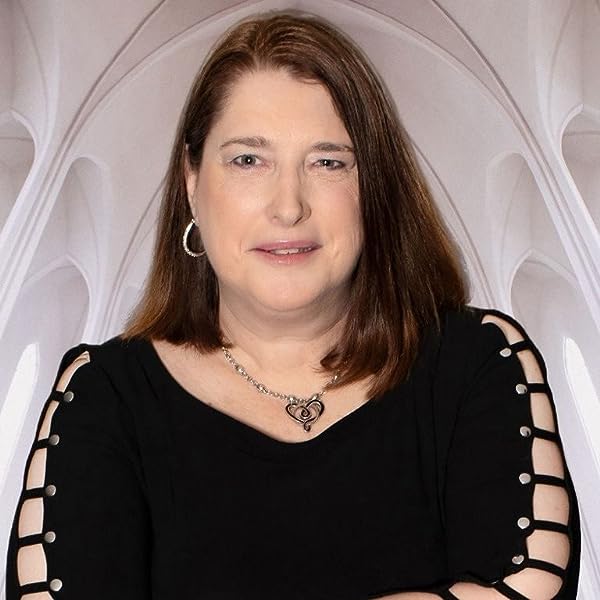 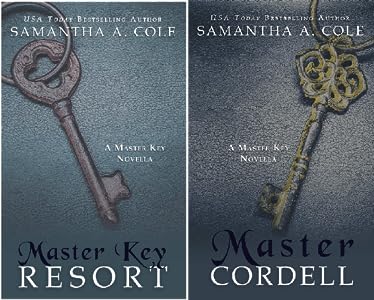 4.6 out of 5 stars
4.6 out of 5
222 global ratings
How are ratings calculated?
To calculate the overall star rating and percentage breakdown by star, we don’t use a simple average. Instead, our system considers things like how recent a review is and if the reviewer bought the item on Amazon. It also analyzes reviews to verify trustworthiness.
Top reviews

julie booklover
5.0 out of 5 stars 4.5 Stars
Reviewed in the United States on December 2, 2020
Verified Purchase
I am a huge fan of the Trident Series and was excited to hear about the spin-off/new Series. The Author has done a good job to introduce us to the new Series. We originally met Master Cordell and Tiffany in Option Number Three. Fast-forward and Cordell has medically retired from the police force in Las Vegas and Tiffany is healing with the help of Cordell. We see Cordell and Tiffany being offered positions in the new resort on Master Key, with life-changing decisions to make. Was not ready for the spot at which ended this story, but this Author will get us the answers we crave quickly enough. Will Cordell admit he likes His Sub, more than as a student? Will Tiffany open her heart again?
This is an introductory novella, but treat yourself to the Trident series especially if like military suspense.
Read more
2 people found this helpful
Helpful
Report abuse

gpearson
5.0 out of 5 stars Soo good
Reviewed in the United States on December 2, 2020
Verified Purchase
Tiffany had been in a bad BDSM Dom/Slave relationship. Mitch had gotten her out of it and found a Dom to help her.
Cordell stepped in and helped Subs who had been in dangerous relationships with Doms and helped them find new ones. He thought that would be the case with Tiffany. He was wrong. He didn't want her to go with someone else.
Mitch, Ty, and Tori have talked to Cordell about opening a new club in Florida. They want Cordell to run it. It also helps that Tiffany and Tori are cousins.
Cordell wants to redo their contract. Will Tiffany be ok with that? Will they move to Florida?
Read more
One person found this helpful
Helpful
Report abuse

Tina
5.0 out of 5 stars A great introduction to a new series
Reviewed in the United States on December 2, 2020
Verified Purchase
In the Master Key Resort we are introduced to the new Master Key Series, which is a spin off from the Trident Series.

Cordell, a Dom helps subs who were in a previous bad BDSM/sex slave relationship. He has been helping Tiffany heal but has been developing feeling for her, which is unusual for him. When he's offered job to manage the new Master Key resort he asked Tiffany to make the move with him.

In this book we are with them in the initial set up of the new resort. We are also introduced to Dante Calvano, who is head of security. I really look forward to getting to know him throughout the series. He seems like he's going to be an interesting character with story of his own.

As we read along in this book we tell there is a shift in Cordell and Tiffany's relationship. I can't wait until the next book to where it goes.

This is a great start to a new series.
Read more
Helpful
Report abuse

Heather Ray
5.0 out of 5 stars This is a great start to a new series!
Reviewed in the United States on December 5, 2020
Verified Purchase
This is a great start to a new series! I did not put it down. We briefly met Cordell and Tiffany in Option Number Three by Samantha Cole. Now we get to see more of them as Cordell is asked to take over a new resort in the Florida Keys. But will Tiffany follow? This novella is just the beginning and it ends on sort of a cliffhanger. There is more to come! Bring it! This just scratches the surface and left me wanting more. I kept trying to turn the page at the end.
Read more
One person found this helpful
Helpful
Report abuse

Mel M
5.0 out of 5 stars Color Me Intrigued
Reviewed in the United States on December 2, 2020
Verified Purchase
Master Key Resort is the initial book in a new spinoff series from the Trident Security series by Samantha A. Cole. If initial impressions are any indication, this new series has a lot of promise. Master Key Resort includes a BDSM club and resort hotel for those in the lifestyle. In this first outing the focus is on the resorts general manager and resident Dom, Cordel Roberts, a medically retired Las Vegas Police detective, his sub and assistant manager, Tiffany Armstrong and the head of security, Dante Calvano. There are a few other characters introduced by name and/or description that will hopefully show up in future books. Color me intrigued.
Read more
Helpful
Report abuse

Kindle Customer
5.0 out of 5 stars Master Key
Reviewed in the United States on February 3, 2021
Verified Purchase
Where do I start? To put it simply, Samantha A. Cole has done it again. Master Key Resort is a resort for those in the BDSM lifestyle to come and enjoy themselves with every luxury imaginable right at their fingertips. It is the first book in the Master Key series. You will learn more about the relationship between Cordell and Tiffany. We met them in the book Option Number Three, which is part of the Trident Security series. Another series by Samantha A. Cole I highly recommend. Do yourself a favor and get this book ASAP. I promise you won't regret it. Sorry, no spoilers.
Read more
Helpful
Report abuse

Kindle Customer
4.0 out of 5 stars BDSM themed
Reviewed in the United Kingdom on December 2, 2020
Verified Purchase
No plot spoilers
No potential triggers.
There are no grammatical or editorial errors.
I don't think I am a fan of this book, it's a short story, but more than that it's a cliff hanger and unless it's a full length book as part of a series I dislike cliff hangers, I actually felt cheated and it's the first time this author has ever left me feeling that way.
The characterisation was okay, but again, the constant reference to 'pet' and unrelenting 'Sir' grated. I understand it's a BDSM book, but good God it's annoying when it's 24/7 - like a deliberate removal of personality.
There was no great romance, no action and little in the way of sex scenes, what there was, was obviously ruled by protocol and it's that distance that really bothered me.
Tiffany is supposedly being 're-programmed' following a bad Dom, just the thought of a human being undergoing training in how to be some other Dom's idea of a good submissive is enough to turn me right off the book, most especially when there is no emotional commitment from him.
This isn't a love story, I don't know what it is, and I honestly don't know if I will continue with the series, given the cost I don't think it makes sense to purchase a series of short stories when it could be better handled as part of a longer set of books, the reading experience would be greatly improved in my opinion.
I generally love books by this author but the current fad for short stories written as cliff hangers is a definite turn off for me, another is the stern Dom who seems unable to forge emotional attachment.
Read more
Report abuse

BOOKWORM1304
5.0 out of 5 stars MASTER KEY RESORT
Reviewed in the United Kingdom on January 14, 2021
Verified Purchase
A sample of what's to come and what an ending, can't wait until the next one is out the anticipation is going to crucify me x
Read more
Report abuse

Sue Barter
5.0 out of 5 stars nothing
Reviewed in the United Kingdom on December 7, 2020
Verified Purchase
excellent story cant wait for the next book to come out
Read more
Report abuse

Susan Ratcliffe
5.0 out of 5 stars New series
Reviewed in the United Kingdom on January 13, 2021
Verified Purchase
Loved this book can't wait for the next in this new series
Read more
Report abuse
See all reviews