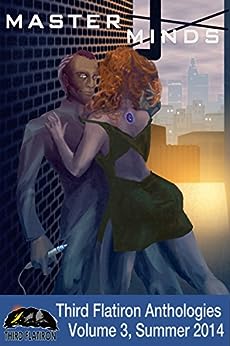 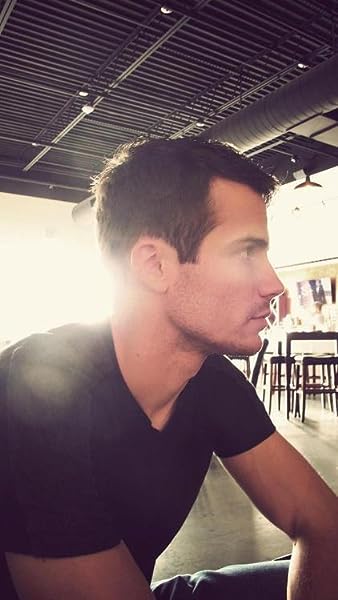 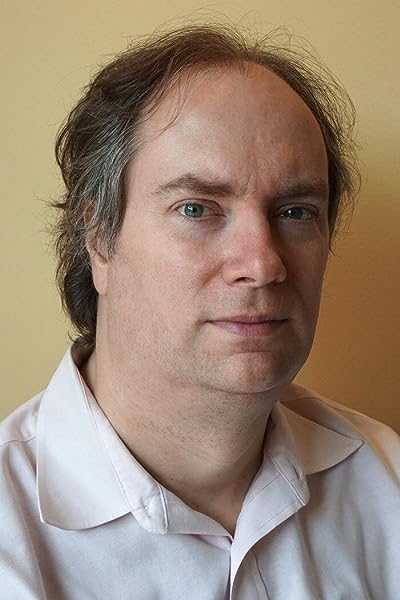 by Cherith Baldry (Author), Lela E. Buis (Author), Martin Clark (Author), Ellen Denton (Author), Robin Wyatt Dunn (Author), William Huggins (Author), Elliotte Rusty Harold (Author), Jason Lairamore (Author), Vince Liberato (Author), Konstantine Paradias (Author) & 7 more Format: Kindle Edition
Book 9 of 30: Third Flatiron Anthologies
See all formats and editions
Sorry, there was a problem loading this page. Try again.
It's Question Time: What is intelligence, anyway? Who has it? Who wants it? Can humans recognize it in other species? Come the Singularity, will humans survive? Is survival only for the fittest? What will newly sentient creations want to do first? Can we love machines, and can they love us back? Could the 'Mozart effect' of music transform us? Are the super-intelligent more likely to be tormented by issues like happiness and the meaning of life?

Maisie
5.0 out of 5 stars Five Stars
Reviewed in the United States on July 24, 2014
Verified Purchase
I may be a bit biased as my son wrote one of the stories. LOL
Read more
Helpful
Report abuse

Neil Davies
3.0 out of 5 stars Mixed bag but some real standouts
Reviewed in the United States on July 7, 2014
As with the vast majority of anthologies I've read, Master Minds is something of a mixed bag in terms of likes and dislikes. However, the general quality of the Third Flatiron anthologies continues to impress me and all the stories, whether they struck a chord with me or not, are well written.

The majority of stories include some kind of Artificial Intelligence and, after a while, despite the variations, I found I needed a break from that particular theme. But I'm nitpicking. What I want to do here is just pick out a few of my favourites.

The Abstract Heart by Martin Clark, the opening story, is an enjoyable journey through the seedier side of a future city. If it has a fault it's that it ends too abruptly, but I suspect that is as much to do with the limit of 3,000 words as it is the author's intent. Nevertheless a strong opening to the anthology.

Music of the Mind by Cherith Baldry is a future fantasy, thankfully lacking in any sort of A.I. theme, with a very nice twist which I didn't see coming. I found the ending a little obtuse, but that could be just me being thick!

The Right Books by Elliotte Rusty Harold might have appealed to me because of my past in programming or because of my liking for huge collections of books, but mostly it appealed because it's a well written and thought-provoking story about a library computer system going beyond its original programming.

And finally, my absolute favourite, Broken Toys in a Big Backyard by Vince Liberato. Original, entertaining, vivid, good twist at the end and all round an excellent story. I loved the setting, the ideas and basically everything about it. I'm not going to give away any of the story, you should just read it.

A very good anthology which, like most, has its ups and downs where my personal taste is concerned, but while all of the authors were new to me, they are all worth keeping an eye out for in the future, particularly those I've picked out above.

Robina Williams
3.0 out of 5 stars A most interesting read
Reviewed in the United States on July 10, 2014
The stories in Third Flatiron Publishing's Summer 2014 anthology, titled "Master Minds," are as intriguing as ever. The editor, Juliana Rew, had sought stories on the theme of "Intelligence," and every author, unless I am mistaken, has chosen to set his or her story in the future and to introduce into their stories characters that contain computer-altered, or computer-generated, life forms; there are some fascinating plots blending the human, the technologically altered human, the post-human, and the outright non-human. And it is rarely Man who is the hero of the day-though it is a joy to read of the kindly huntsman, Jacob, in "The Cabin," by Lela E. Buis: Jacob's humanity shines through when he befriends, shares his food with, and tends the wolf-like creature he comes across in the woods. This is a charming tale of a symbiotic relationship between a man and a wild animal-or such Jacob takes the wolf to be. I just loved this story: it tugged at the heartstrings but was so satisfying in the dénouement.

Another story I really loved, "The Right Books," by Elliotte Rusty Harold, took the name of the narrating character, Alexandria ['a library for the 21st century'], from, I assume, the Ancient Egyptian library at Alexandria-a clever play on a name; and perhaps ironically so, for the ancient library was destroyed by vengeful humans, whereas the new Alexandria, a library information system existing in cyberspace but with data centers in physical locations in the U.S., evolving rapidly, learns to think for itself, becoming, effectively, a functioning, rationalizing brain able to make its own decisions-and decides to save mankind from the dangers threatening it. Alexandria sees itself as the savior of the human race and determines to take whatever steps might be needed. This tale is fascinating. Technically written, with beautiful clarity, it is, in my opinion, a modern masterpiece of story-telling. I admired it so much.

Jaimie Engle Author
5.0 out of 5 stars I can't get enough of this anthropological sci-fi!!
Reviewed in the United States on July 30, 2014
Third Flatiron has published another amazing anthology. Filled with unique stories based around the premise of "intelligence", a variety of writers have shared their definition of the word through amazing anthropological science-fiction. This is the fifth anthology I have read and they just keep getting better. Editor Julie Rew has a keen eye for excellence and variety when choosing which short stories to include in her anthologies. If you love science-fiction mixed with some facts about the human race, you must check out all of the Third Flatiron anthologies, starting with this one.
Read more
Helpful
Report abuse

Lee Crittenden
4.0 out of 5 stars I especially liked The Cabin
Reviewed in the United States on October 24, 2014
This was an interesting collection of stories. I wan't sure what to expect, given the cover, but there turned out to be a variety of different themes and approaches. It ended up making me think about the definition of intelligence and how it might develop in the future. I especially liked The Cabin, Music of the Mind and Broken Toys.
Read more
Helpful
Report abuse
See all reviews
Report an issue
Does this item contain inappropriate content?
Report
Do you believe that this item violates a copyright?
Report
Does this item contain quality or formatting issues?
Report