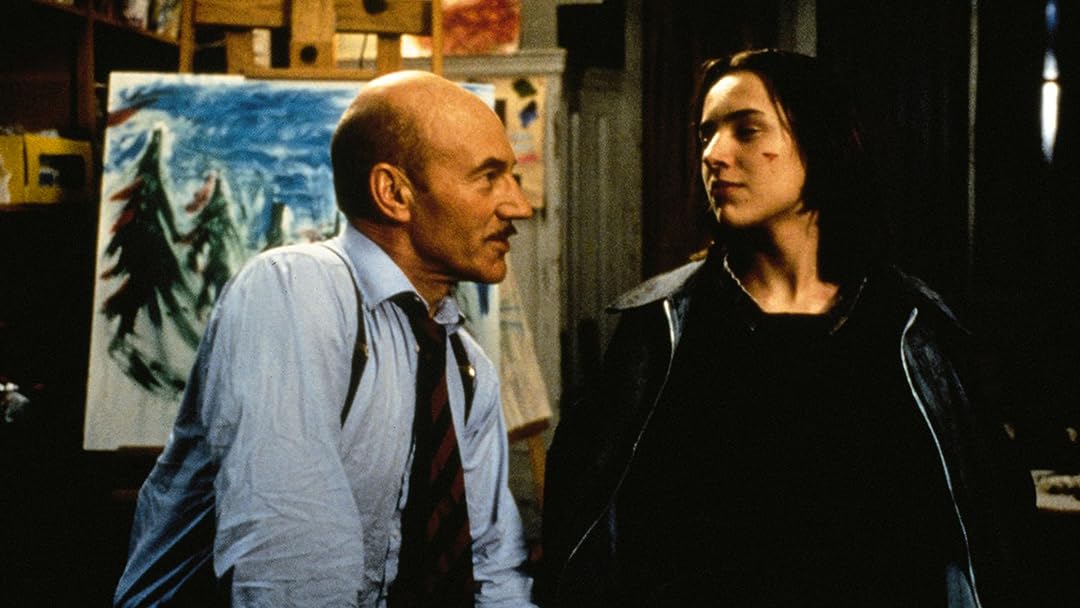 (160)
8.11 h 40 min1998PG-13
A villainous security systems expert takes the students of an exclusive school hostage in exchange for half billion dollars. Meanwhile an adolescent computer hacker hides in the basement and engages in a cat and mouse battle from the inside.

Amazon CustomerReviewed in the United States on October 11, 2020
5.0 out of 5 stars
Fun!
Verified purchase
Although I hesitated in giving 5 stars to this crazy fun movie, since it's a little cheesy and I usually reserve the 5th star for the blockbusters that I think are timeless and brilliantly done- it's really a great movie, for kids, and even for grown-up kids. Plenty of explosions, technical stuff and a fast chase underground on modified 4-wheelers. The teenage hacker/skater/whiz kid is well beyond his years in all-around technical know-how, but that's ok because he's a superb actor who could run with Bruce Willis in Die-Hard. The props and directing were believable enough, and in general more realistic than a lot of films, So I couldn't give just 4 stars since I enjoyed the whole package so much. It's the Goonies meets Die-Hard meets the Italian Job, with a few twists along the way. Loved it!
2 people found this helpful

AbeReviewed in the United States on April 20, 2021
2.0 out of 5 stars
Toy Soldiers (1991, 9/10*) Ripoff; Falls short in many areas
Verified purchase
Some characters were ok, but story/script had major problems:
-Boy can't handle little sister or parents, but can handle international terrorists w guns?!?
-Security guard wouldn't allow student back on grounds who's been expelled--esp at word of another kid!
-smart kid (supposed 2B hacker etc) would turn down/off radio so bad people can't hear & follow
-Mines: Talk about *FAKE!* lots of fake FX, but nobody gets hurt! [also who in Authority would allow a school to have *MINES* on premises?!? Could hurt/kill kids!]
-water splashes; A computer in the rain (or under fire sprinklers) would get *WET!* This is why showers have curtains;
--men just happen 2 have umbrellas (not a common terrorist item!) while woman in same room has DRY hair & clothes while computers supposedly get soaked!
-no electrical outlets inside air-ducts
-Why would Ollie need [outside] water to drill?!? Safe-crackers don't, & construction equipment doesn't!
-Keeps female principle *WAY* 2 close! She's supposed 2 B a Hostage, not a helper!
-Rich man (or woman) would not pay ransom for *ANOTHER* person's kid!
-"half-band" = hogwash! (do the writers even know FANTASY from REALITY?!?)
-cops/FBI likely 2 jam cell phones/radio; Bombs etc--as shown open coms *HUGE* security risk!
-Pro killers---but they can't keep 1 untrained adult & bunch of kids under control?!? [tied up or loose---"Toy Soldiers" *MUCH* more realistic here!] + likely would have let all adults go (less Risk + more control)
-1st kid comes out of ceiling---THEN we see (1-2sec?) him coming out of different hole in WALL!!!
-small/easy 2 conceal Bullet-proof vests (worn under clothing) will *ONLY* stop some smaller handguns [38, etc --44MAG+most rifle types go thought type II armor easy;] Need *BIG/HEAVY* armor to stop assult type weapons [think SWAT---worn on outside]
--where di heavy duty drilling equipment come from? [large tank-like thing] & how did it get in basement?!?
Whole drilling idea was bad/not needed & Red Herring

-->> Ok, *Exploding Swimming pool!* (somewhere ~ 1h22?) lol! worth seeing this! lol!
(but script problems here too: Shown: In basement, in main floor [lockers] stairs, sewers (concrete) UGH; they can't even get this right! (is at *BOTTOM* of pool! sewers/basement, but not BOTH! & show me a school that has lockers *UNDER* the POOL!!!)

(Amazon ratings are biased & not an average, so giving this 2*, but doubt it will matter much)

J EReviewed in the United States on January 23, 2021
5.0 out of 5 stars
kinda dumb
Verified purchase
this is goonies, macgyver-esque fantasy super kid adventure. lots of cliches. but i dont think this movie was made for adults or to be taken seriously. it's kids, what kind of monster is really gonna put kids in peril. and it's not rated R.
the action and skills were ridiculous. but, i watched this movie in a light, breezy mood and without a stick up my ***, and it was alright.
try to do the same.
amazon stream
2 people found this helpful

otakucrazeReviewed in the United States on January 18, 2017
5.0 out of 5 stars
It became one of my all time favorite movies ever since
Verified purchase
This is one of those hidden gem movies.

Funnily I watched this for the first time when my mother got it on clearance as a VHS. It became one of my all time favorite movies ever since.

The plot keeps you on your toes as you follow the main chapter, a high school hacker that his parents can't stand since he is constantly get in trouble, ushers gifting of creating chaos against a man who is trying to get money from shutting down a school and expecting the wealthy parents to cough up quite a bit of money and get away with it.

This movie is hilarious and as I mentioned, the plot keeps you on your toes as you try to figure out who is going to beat the other, the man who took over the school, or the high school delinquent.

It is a flat to watch and still one of my favorite movies.
8 people found this helpful

TheLastBeerBenderReviewed in the United States on November 15, 2021
4.0 out of 5 stars
I think the other reviewers are smoking crack.
Verified purchase
WTF are the idiots here going on about "Toy Soldiers." Masterminds is on-rails Die Hard for kids! Except for the quite exceptional kid actor as the main star, it's Trope City in here. He keeps his cool and delivers even the most sour lines written for him naturally and with steadfast confidence. Patrick Stewart was always the cherry on top for me, especially as a kid.

Anyways, I never thought I'd see this movie again. It was never released on any medium but VHS. The fact that it's not widescreen is the proof the master recording is lost, burried, and/or forgotten forever, and all anyone had was the "for TV" reels. This is interesting because the movie did play in theaters "everywhere" in widescreen.

SciFiOneReviewed in the United States on January 5, 2020
1.0 out of 5 stars
This is Full Screen, not wide screen.
Verified purchase
Warning, this is not HDTV 1.85 format. It has been converted to the old square TV 1.33 format.
2 people found this helpful

A. TaylorReviewed in the United States on October 12, 2020
4.0 out of 5 stars
ummm... Toy Soldiers?
Verified purchase
My kid liked the movie and Patrick Stewart is always fun to watch. But this films main concept was done in Toy Soldiers. Rich kids held hostage at school by bad guys. Not a bad movie but I could not help but draw a comparison.

OligonicellaReviewed in the United States on June 28, 2021
3.0 out of 5 stars
A good kid's adventure.
Verified purchase
Full of bogus "graphic" interfaces to computer systems so beloved of 90s flicks and so utterly Hollywood ignorance. Fun though. The kids were good actors and the lead very relatable.

Fun, middle of the road watch.
See all reviews
Back to top
Get to Know Us
Make Money with Us
Amazon Payment Products
Let Us Help You
EnglishChoose a language for shopping. United StatesChoose a country/region for shopping.
© 1996-2022, Amazon.com, Inc. or its affiliates