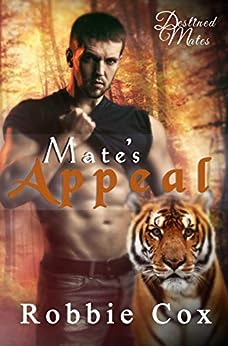 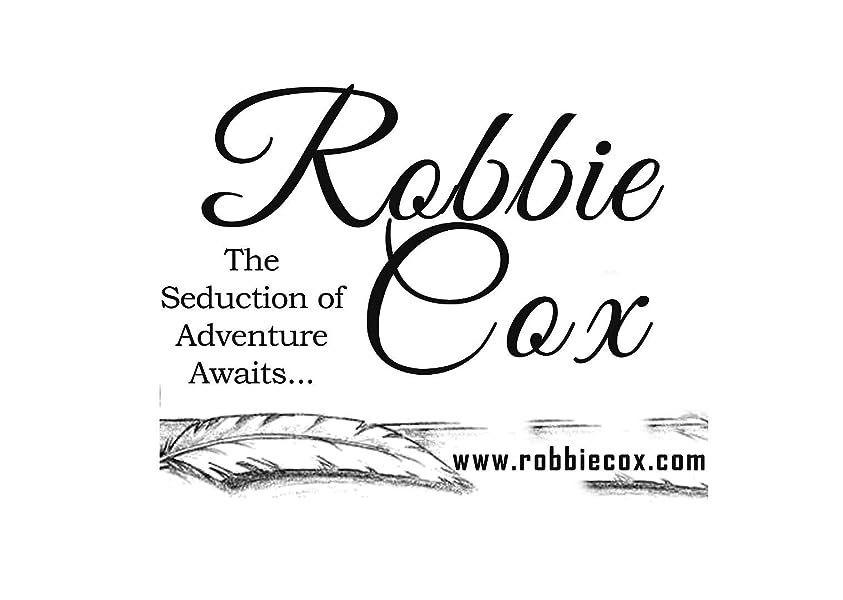 by Robbie Cox (Author) Format: Kindle Edition
Book 2 of 6: Destined Mates
See all formats and editions
Sorry, there was a problem loading this page. Try again.
She needed to escape an abusive past. He needed to escape a fatal mistake. Thrown together, will they be able to find the healing they need?

Having moved to Bull Creek to hide from an abusive ex-boyfriend, Eve Hartlow is now content with the quiet life she etched out for herself. A human among paranormals, she keeps a knife at her waist, not for protection against her supernatural neighbors, but against her devastating past.

Arlin Landry made a fatal mistake in Draven Falls one night at Shades, a mistake that cost a man is his life. Now, forced to leave town until the heat dies down, he visits his brother in Bull Creek, a brother who just so happens to be somewhere else. Arlin’s content to kick back and relax in the quiet setting, putting his action back home out of his mind. That is, until he sees his destined mate.

When Eve's past finds her, it threatens to finish what was started, and Arlin's tiger won't permit him to look away. Will he make the same mistake he made in Draven Falls? Can Eve escape her past?

Author of the popular series, Destined Mates, Robbie Cox started writing to escape—escape his teachers, escape his fears, even to escape his insecurities and doubts. However, his stories of seduction and adventure, not only allowed him to hide in the lives of his characters, but also captivated those who wanted to escape with him. Now, he enjoys a full-time career as a storyteller and novelist, creating rich worlds of fantasy adventure, paranormal action, and steamy romance. He invites readers to run away with him- to escape, getting lost in the seduction of adventure.

When not writing, Robbie is often found on his back porch enjoying a cigar, a scotch, and a good story. He derives pleasure from his large family and his crazy group of friends who provide the inspiration for his blog, The Mess that Is Me.

His series include, The Warrior of the Way, The Witches of Savannah, The Bull Creek Chronicles, The Rutherford Series, The Harper Twins, and the popular Fangirls series.

Short Bio - Robbie Cox is the author of Contemporary Romance, Steamy Romance, Paranormal, and Urban Fantasy stories where the adventure leaps from the pages, seducing you to keep turning the pages.

Tabi Ann
5.0 out of 5 stars Excellent Read!!!
Reviewed in the United States on August 23, 2018
Verified Purchase
The more I read this story, I love it more and more. Not many changes from the original from Kindle World, but the changes made the story even better.

This is one of those books about how a strong woman can face anything and even though she can face the world alone, it doesn't mean she wouldn't like the protection of a strong man.

This story made you feel like you understood all the feelings the Eve was going through. If you have ever been in that situation you know that it is hard, but abuse can be over come.

Eve will discover she is a very strong woman and the man at her side will only make her stronger.

Excellent story and you must read..

Flo
5.0 out of 5 stars I want to go live in Bull Creek...
Reviewed in the United States on September 23, 2018
Verified Purchase
Arlin and Eve both end up in Bull Creek trying to escape or hide from problems at home.. But sometimes the past can sneak up on you and they will need to fight to protect their new found future... I absolutely love all the characters in this series they just suck you into their stories and I could not put it down so excited to see who gets mated next..
Read more
Helpful
Report abuse

DianaRaven
5.0 out of 5 stars Bull Creek is the Place to Go - Especially when you are escaping your past
Reviewed in the United States on March 6, 2019
This is my third story (I missed the first one) in this series by Robbie Cox and as usual I was hooked right from the start. I had difficulty putting it down once I started reading.  It’s fast paced, easy to follow and gets you right in the middle of things. It has great humor, wit and plenty of that hot, sexy stuff for sure!  Definitely one of those reading way past my bedtime books!  This author is ruining my sleep schedule.

Bull Creek is a town where most everyone has a past, has something they want to escape or leave behind. No one ask why someone is there.

Eve Hartlow escaped a cruel abuser to start a new life.  She found Bull Creek and the friendly and accepting people there, even though she is human.  But, no matter how good her new life is, she still looks over her shoulder fearing her past will find her.  She never goes anywhere without her knife on her belt.

Arlin can't stand to see women mistreated and eventually finds himself losing control when a customer hits woman.  As the bouncer, his job is to escort the guy out of the bar, but then when the guy threatens her, Arlin loses control and hits the guy.  His boss strongly suggests a vacation to Bull Creek until he and his tiger cool down and get control again.

Arlin immediately gets caught up in Eve's problems as her past catches up. Someone thoroughly trashed her cabin and his new neighbor is definitely frightened.

Eve will eventually discover she is a very strong woman and the man at her side only makes her stronger.

grammatoni
5.0 out of 5 stars Mate's Appeal: A Shifter Paranormal Romance (Destined Mates Book 2)
Reviewed in the United States on July 12, 2022
Eve found herself in Bull Creek hiding from her abusive ex. She's made a nice life here. Then Arlin shows up. He is here to hide from a past he isn't proud of. The two become connected through the mate bond. But Eve is skittish. Then her ex shows up. Now Arlin needs to decide to run or protect his mate. A mate he wasn't looking for in his life.
Fantastic story!.

MaryLou Hoffman
VINE VOICE
5.0 out of 5 stars CLAIMING HER TIGER
Reviewed in the United States on March 16, 2019
MATE’S APPEAL is the second book in the Destined Mates series. While each book will stand on its own, it is better to read them all and in the order of release.

There is no slow start to the story. Instead, it is a quick dive into some bar action, which explains why Arlin is moving to Bull Creek. It never slows down from there! Put on your running shoes and jump in for the quick action and the quicker heart-stopping sigh-worthy love that is Eve and Landry meeting and marking one another. Who says a human can’t claim her tiger?

My favorite part of this book was Eve getting to put paid to her abusive ex, not with that knife she was carrying but with the claws and fur that came with the love she found with Arlin. Sigh!

Note: While I received this book as a gifted ARC via Booksprout, my opinions are my own and are given freely.

Heather Ray
5.0 out of 5 stars This is one of those books that had me hooked
Reviewed in the United States on August 25, 2018
Loved it! This is one of those books that had me hooked, I did not want to stop reading, just completely absorbed in what was happening. You know those times that a book is so good that you are afraid you will miss something if you put it down? Well this is one of those books.
Bull Creek is a town where most everyone has a past, has something they want to escape or leave behind. No one ask why someone is there. Eve is there to escape her past. She is there to be able to stand strong and to live her life. Arlin is in need of a vacation, he needs to get control of his cat. He is a big grumpy kitty but he really has a heart of gold. Arlin knows Eve is his mate and wants to protect her from the past that has found her. Kyle is scum, hey I am trying to be nice here, and there can be no forgiveness for what he has done to Eve. She was so beaten down by Kyle that she doesn't want to be dependent on anyone, including Arlin.
I loved the journey to Eve's and Arlin's HEA, Eve's healing, and of course karma biting Kyle in the tail.

I originally read this as Blades of Sass. The added portions just made this book even better.

I voluntarily read and reviewed an advanced copy of this book.
Read more
Helpful
Report abuse
See all reviews