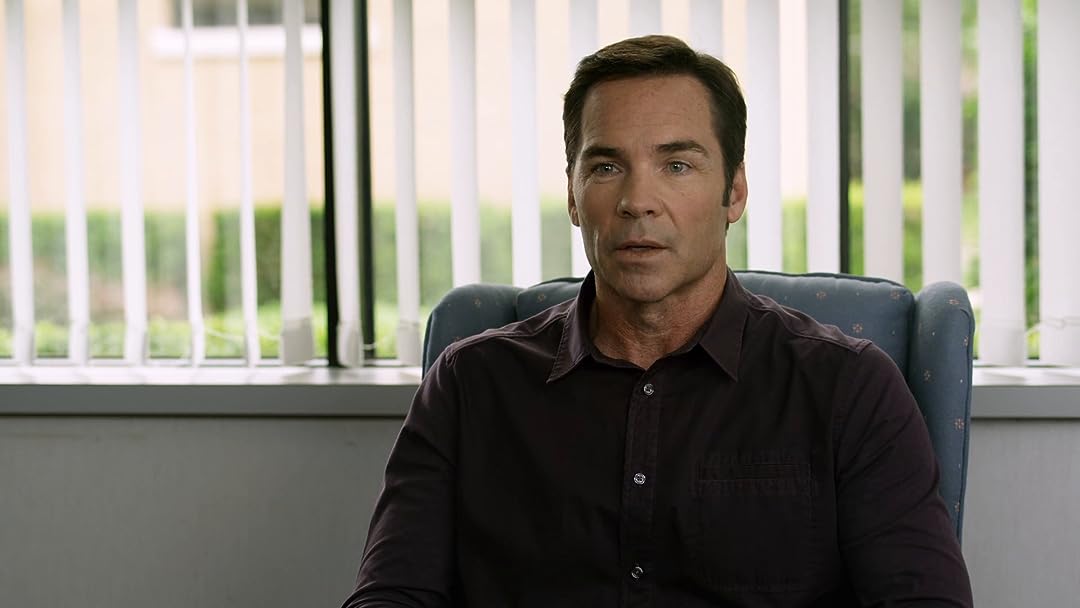 A Matter of Faith

(257)
3.71 h 27 min20147+
A young girl is influenced by her popular Biology professor, who teaches that evolution is the answer to the origins of life. Very concerned about his daughter drifting away from the faith, her father tries to do something about it.

Major MelodyReviewed in the United States on February 15, 2022
1.0 out of 5 stars
Christian propaganda
Verified purchase
I can’t find where we can thumbs up or thumbs down a movie on Amazon so I am writing a review to say how much I hated it. I know a born again that would love it. I only watched it because Harry Anderson was in it. I could tell from the start because of the soundtrack that it was gonna be a Christian propaganda film. I’ll never watch a Christiano film again. I just hope that by stating how much I loathed this film that Amazon will stop suggesting films I might want to watch based on watching this stinker. I think this film should come with a warning label WARNING CONTAINS CHRISTIAN PROPAGANDA

Amazon CustomerReviewed in the United States on October 19, 2020
5.0 out of 5 stars
Excellent family movie!
Verified purchase
Although many Christian movies have to work with small budgets and can sometimes come across hokey or with bad acting, this one was very well done. The acting and dialogue was good, and it dealt with a very real issue happening in our colleges. I would recommend this for any Christian family, especially if you have children planning to head off to college soon. Being grounded in our faith and why we believe what we believe will be key to keeping them from getting blindsided and derailed when they get there. We enjoyed it thoroughly!
2 people found this helpful

Georgia PeachReviewed in the United States on August 23, 2020
1.0 out of 5 stars
A Christian-based movie
Verified purchase
Spoiler Alert: This movie is "Christian-based" so if you are NOT one, don't bother purchasing it! Despite the fact that I am a devote, practicing Roman Catholic AND a Christian, I STILL didn't like the movie! I returned it due to the lack of a real plot. Also, there was too much emphasis placed on the theory of evolution which I do not believe in. It was a very different kind of movie! I have never seen anything like it before; however, you be the judge! Definitely not my "cup of tea" though!
One person found this helpful

Sharon SealReviewed in the United States on February 23, 2022
1.0 out of 5 stars
Will not
Verified purchase
Bought this dvd several months ago ago for a church movie night. We went to play it on Valentine’s Day and unfortunately it would not play. The main menu is there but it would not play at all. The disc even looks like it’s blank

DarleneBReviewed in the United States on August 25, 2021
5.0 out of 5 stars
This movie will challenge you to stand up for what you believe
Verified purchase
An excellent movie that will challenge everyone, especially those who may have doubts about their existence.
One person found this helpful

FaithgracegirlReviewed in the United States on May 22, 2016
3.0 out of 5 stars
It's Okay...
Verified purchase
I must say that I was disappointed in this film. I read the reviews, and feeling fairly certain it would be a good addition to our church library, I bought it. The top review said it was on the level of God's Not Dead 2. Nope. From the beginning, it was lame and completely unbelievable. To begin with, no Christian father that interested in his daughter's education would be shocked to learn the biology professor at a secular university was teaching evolution. Her major is biology and it has never occurred to dad this would happen?
The acting is okay, but at times, it is cringeworthy. The arguments on both sides seem rather general and over-simplistic. One argument used by the Christian college guy went like this: Your grandma and great-grandma didn’t look like apes, therefore humans didn’t evolve from monkeys. Yeah, THAT would cut it on a college level. I was disappointed that the daughter didn't seem to know what she believed. I completely agree with DonnaA--a reviewer who said, "It would have been interesting to have shown a main character who really struggled with the conflicts between her beliefs and what she was being taught; with her upbringing and the social pressures at a secular university." That would have been more believable/realistic. Instead, a dad (who has never debated before) prepares to debate his daughter's professor in what ends up as a widely publicized event.

As for the debate, it wasn't much of a debate. How could it be? Both belief systems accept certain things by faith. The film does make that clear.

The closing scene wrapped up the entire package with a too-cute bow. Christian guy takes girl to the spot where her father led her to Christ after comforting her because a boy took a coin she'd found. She has to be prodded to remember. "Oh, yeah, I do remember that," she finally says. As if her salvation experience is not up there on her list of VIP memories. Then the guy reveals he was the boy who took her coin all those years ago and he too accepted Christ that day. Groan. How perfect is that? At least she ends up with the godly guy who isn't about seducing her and making another conquest.

I thought most of the film was cheesy, but my junior high age son seemed to enjoy it. Because of that, I gave it three stars.

EileenReviewed in the United States on April 11, 2016
5.0 out of 5 stars
Excellent story, great movie for all ages
Verified purchase
Excellent movie! I loved the story, I love the content, some of the acting could have been better but overall this is a great film that will be watched again and again and loaned out to people and I have already recommended it also. I think this does a great job of debating evolution - vs - creation. Lots of good explanation and very clear and a good story line also.
6 people found this helpful
See all reviews
Back to top
Get to Know Us
Make Money with Us
Amazon Payment Products
Let Us Help You
EnglishChoose a language for shopping. United StatesChoose a country/region for shopping.
© 1996-2022, Amazon.com, Inc. or its affiliates