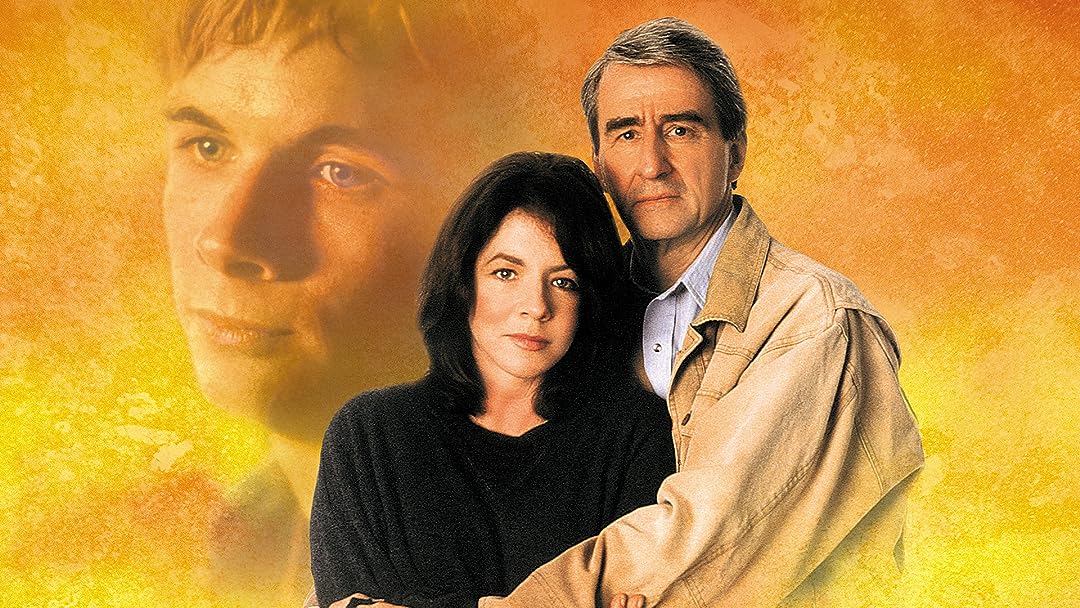 (575)
7.31 h 28 min200213+
Based on the true story of openly gay college student Matthew Shepard, whose death from an act of senseless violence and cruelty attracted national attention.

Brent PettisReviewed in the United States on January 16, 2021
5.0 out of 5 stars
I so cried -- So Meaningful, and His Death so Senseless to me...
Verified purchase
Living in a world that has to hate something. Theses are people who grow up wanting to experience love as well. I cried so much, and so identified, the difference in our stories is I am still here to share my story, while beautiful Matthew has these amazing people who have to speak for him now. For Matty now speaks from the other side. He was so young, so full of life, and had this world of possibilities taken from from him way to soon
3 people found this helpful

Denise A. EdwardsReviewed in the United States on May 3, 2019
5.0 out of 5 stars
Movie
Verified purchase
I remember when this incident was on the news and as horrible as it was, I have to admit I didn't think a movie would do it justice. But I was wrong. Sam Waterston and especially Stockard Channing were brilliant as the parents as they watch Matthew deal with being homosexual in a community where such a thing is not acceptable and then the tragedy of their son's death.
4 people found this helpful

Matthew RobaszkiewiczReviewed in the United States on April 27, 2022
5.0 out of 5 stars
An Excellent Film
Verified purchase
The movie does an excellent job telling the story of Matthew Shepard.
Samuel Waterston, Stockard Channing, and Shane Meier all turn in flawless performances, as does many of the supporting cast.
Highly recommend watching this very well done film!

webmakerReviewed in the United States on January 17, 2013
5.0 out of 5 stars
Excellent movie on a very sad situation.
Verified purchase
The characters in this movie all did a tremendous job. The two who played his parents are among my favorite actors, and they did a magnificent job with the movie. I had never heard of Shane Meier, but he does an excellent job too. It was a very sad time in American history that they are depicting here, and hopefully the country has moved on past this sort of thing, although gay-bashing does still happen in some areas. Psychologists are virtually unanimous in stating that most gay-bashers are doing it because they have the tendency to be gay and are resentful of those who actively pursue their sexuality openly. I have no doubt that the assailants were of that variety, but there are also many sick people in our society who revel in hurting people just for the sick pleasure of hurting people.

It seems obvious to me that Matthew Shepard was an idealist, not a realist, and he felt that the world should be the way he wanted it to be, and wouldn't face the fact that life isn't always the way we want it to be. He was a "performer" as one of my friends puts it, and very bad at judging situations. I feel that he was asking for trouble in Morocco and it wasn't surprising that he got it. When you go to a foreign country, you have to take into account the mores and values of that society. When you openly flaunt things which they don't like bad things can happen to you. In Wyoming, he was foolish enough to get into a car with people he didn't know, and that alone tells me that his judgement was faulty. Most parents tell their children not to get into a car with strangers and I have no doubt that Matthew Shepard's parents did that too.

It doesn't pay to take risks that are unwarranted. All in all this is avery good movie.

Dana ParisiReviewed in the United States on May 29, 2019
5.0 out of 5 stars
People can be very cruel
Verified purchase
The movie was great! I liked it because it shows how important it is to not Bully people for being who they are, because the outcome of that can lead to someone’s death.
3 people found this helpful

ricardo_guerreroReviewed in the United States on January 5, 2014
5.0 out of 5 stars
Far More Than Expected
Verified purchase
I loved it. It didn't seem much like a TV movie. I cried inside while watching it but I thought it was amazingly well done. Superlative acting. I like especially how strong Stockard Channing is - she never crosses the borderline into hysteria. Sam Waterston is at his usual best. Shane Meier is not that well-known but he should be, he's a very good actor. I was a bit apprehensive about buying this for some reason but not being one to judge books by covers, I did it and am really, really glad I did. Shane plays Matthew as a really straight gay guy and I think that worked well. The scenes with Matthew and Pablo are great - a love scene woulda been cool but maybe it wasn't so integral to the plot? I really liked the lesbian chick who became friends with Matthew, who was played by a very good actress who wasn't too butch. Hopefully the world has become a bit better off because of this film and because of the Matthew Shepard Story and the Foundation in his name. I wish it didn't take death to instigate and motivate change. The passage of a few more generations is all it will take, I hope and pray. "You've got to be carefully taught, before it's too late, to hate all the people that your parents hate." One day that quotation won't apply. Anyhow, I won't get off on a diatribe. Although I'm gay, I never watched any films like this, or any gay films at all, until recently and this was one of the first ones I bought to add to my collection. I'm glad I did. Oh by the way, if you liked this film and are just now getting into gay films like I am (at the time I wrote this), you should see "Bridegroom", a much more recent feature-length documentary, that tackles different subject matter about gay guys.

1maverick4uReviewed in the United States on August 5, 2011
5.0 out of 5 stars
required reading,viewing, or sharing by anyone who cares what happens about this world as the rational people we supposedly are!
Verified purchase
The Matthew Shepard Story, along with my having been well aware of the actual event's occurrence earlier than my having even ever watched the movie, proved itself able to do a fine job of evoking the hurt and the utter frustration that occurs alongside nearly all of our own who find ourselves confronted by the anger and the hurt that goes right along with the reality of our being gay in this world that doesn't seem to find it at all so simple to accept us who are. But this actual and most tragic event far surpasses any actual kind of any reasonableness by virtue of the red-necked "gentlemen" who did indeed "do the dirty deed" by killing a man for no reason whatsoever other than his having been gay, and failed to take the precaution often felt to be appropriate of covering it up, by our just seeming to be found hiding it underneath a basket of some sort or another as would be symbolically existing in some underhanded manner or way quite inappropriately so to be ever so more than certainly sure! In any event, this historical event is one that must not ever become as a forgotten legacy of historical tragedies which have proven themselves to have been events that have helped to shift the balance of public feeling and thought related to this particular "issue" of what it actually means to be found openly gay in this sometimes somewhat screwed up world we share habitation within it out here too. I wish to first off recommend this movie most wholeheartedly due the reasoning as shared above, and due how equally assuredly too, that such as this kind of any event that actually happened in this world of ours here is found happening, it's those things such as this most assuredly is that prove to be found as a historical interlude that helps us bring the necessary change that this world of ours here's been waiting for to arrive, not that such events that help change history and bring it to its knees so to speak, ought to be.
3 people found this helpful

Amazon CustomerReviewed in the United States on April 25, 2022
5.0 out of 5 stars
Okay!
Verified purchase
This movie brought tears to my eyes .
See all reviews
Back to top
Get to Know Us
Make Money with Us
Amazon Payment Products
Let Us Help You
EnglishChoose a language for shopping. United StatesChoose a country/region for shopping.
© 1996-2022, Amazon.com, Inc. or its affiliates