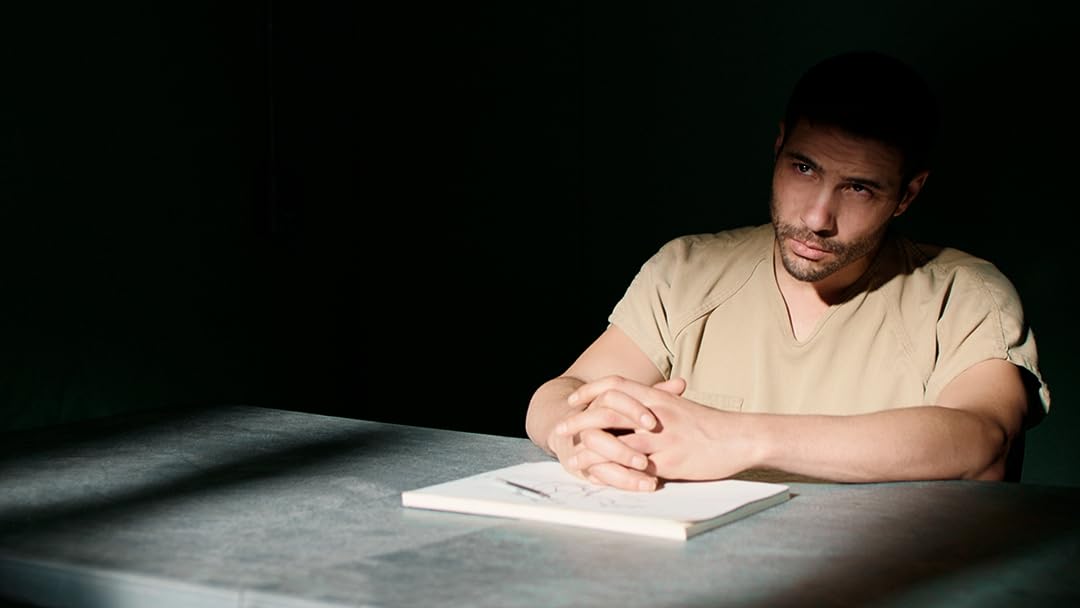 (5,242)
7.42 h 9 min2021X-RayUHDR
The true story of three lawyers uncovering a far-reaching conspiracy while investigating the case of a suspected 9/11 terrorist imprisoned at Guantanamo Bay without charge for 14 years.

Stunna DarenReviewed in the United States on July 20, 2022
5.0 out of 5 stars
Great stuff that makes you wonder
Verified purchase
Must see film. Opens up a lot of questions for sure.....
One person found this helpful

joel wingReviewed in the United States on September 24, 2021
4.0 out of 5 stars
How terrorist prisoners were considered guilty and never meant to be charged with crimes
Verified purchase
The Mauritanian is based upon a true story of Mohamedou Ould Slahi/Tahar Rahim who was held by the Americans at Guantanamo Bay on charges that he was the head recruiter for 9/11. The film deals with the legal battle over suspects at Guantanamo and how the government ignored their rights.

The movie switches back and forth between the defense and the prosecution with interviews, investigations, and scenes with Rahim in Guantanamo. The lawyers on the opposing sides are Jodie Foster for the defense and Benedict Cumberbatch for the government. They deliver powerful performances as usual. All together they help create a gripping legal and human rights drama.

An example of what Foster was up against was when she was given the case files from the government with the evidence against Rahim and almost everything was blacked out so they couldn’t find out anything. Another time Cumberbatch is going through papers and there’s nothing but hearsay which can’t be used in court. It shows that Washington didn’t want to help anyone in these cases to either defend or prosecute them. They were simply considered guilty and imprisoned.

JLAReviewed in the United States on August 22, 2021
4.0 out of 5 stars
Decent Flick:4 Stars for the acting only
Verified purchase
Those of you using this as a measuring stick for American policy at GITMO and abroad should tread carefully. The truth is always somewhere in the middle and that's def true here. As former US military i will agree that we are not perfect all the time,but we are better at it than anyone else. i never served at GITMO and some claim to be an expert on their operations. i know enough to know this flick portrays a guy that is not who they want him to be so they can vilify America the way they want. Is he the worst terrorist ever? No, prob not. Is he an innocent naive young man who just so happened to be at the wrong wedding at the wrong time? Nope. For all the GITMO crying that goes on you need to take into consideration all the Western detainees on video who are raped and tortured before getting their heads whacked off. We treat em damm sure better than that.
One person found this helpful

SadeReviewed in the United States on January 23, 2022
5.0 out of 5 stars
Shocking
Verified purchase
How any human being survives this kind of torture I will never know. How we create and train such monsters to commit this torture is beyond comprehension. When the film ended I just sat here for 20 minutes not knowing what to do and reflecting on what I had just witnessed. What moved me most was the ending, after everything he went thru he was able to move on and experience joy and laughter and love. Showing him singing a Bob Dillon song and being grateful for life. I am not at all resilient, I complain about small things, I am unhappy. I will never know what makes others, like this man, able to feel gratitude and even forgiveness. We are hypocrites for the way we condemn human rights abuses in other countries while behaving this way. Now I need to bring myself to read the book that was written by this prisoner.

Tina G.Reviewed in the United States on March 8, 2021
4.0 out of 5 stars
One man’s story of his detainment at Gitmo...worth a watch
Verified purchase
If you’re looking for a drama based in real life, this is worth a watch. The main focus in the film is Salahi’s time at Guantanamo Bay and the court proceedings surrounding it. Below is a more detailed review. 4/5 stars.

The Mauritanian tells the story of Mohamedou Ould Salahi (Rahim) time at the Guantanamo Bay detention camp. Salahi was questioned by American authorities for his role in the September 11, 2001 attacks and held for years without being charged. Two lawyers (Foster and Woodley) take on his case while Lt. Colonel Stuart Couch (Cumberbatch) is the prosecutor. Both sides uncover shocking evidence that sets Salahi on the path to freedom. Throughout the film, we get glimpses of Salahi’s memories with family, friends, the events leading up to and time at Gitmo, torture for 70 days, and more. The cast does a fantastic job but Tahar Rahim is without doubt the stand out and holds the film together. I wish there would have been a little more about his life prior to the court case and time at Gitmo. This movie is made to bring out emotions and it does just that. I do recommend the movie. I am not having renters remorse.

lingReviewed in the United States on March 8, 2022
5.0 out of 5 stars
Shame on our country
Verified purchase
This movie is astounding, compelling and overwhelming. Very well acted and enlightening. We all know that if a human being is tortured long enough they will eventually say whatever the torturers want them to, to stop the torture. I don't know why we still do this. It just amazes me to think our government quickly let certain very wealthy Saudis living in our country, who were possibly aiding the actual 9/11 highjackers, just fly back to Saudi Arabia. Immediately after 9/11. Then hold people with no credible evidence in Guantanamo and subject them to extreme torture and deprivation. This movie is well worth watching.
One person found this helpful

The Best ReviewsReviewed in the United States on January 29, 2022
5.0 out of 5 stars
Shocked about the disgrace I found out
Verified purchase
All these folks who work for the military/gov who abuse prisoners physically, mentally & sexually are so demonic. You can not justify what these evil USA gov people do to innocent people who are kept as prisoners. One day they will meet their Maker. Jesus who is Lord & Savior. If they do not repent of their wicked ways, they will face the wrath of God!!

So disgusted with these evil souls both male & female were are involved in this act. They are Vessel for Satan!!

m janeReviewed in the United States on March 9, 2021
2.0 out of 5 stars
If You Are Looking for Facts, The Lines Are Blurry
Verified purchase
My review is of the movie and I tried to have an unbiased opinion of the factual content along with the portrayal of the characters. One must remember story war written by Slahi's and the writers of the movie. It may also not be a story which that has an unbiased point of view and may not have represent completely factual content. The only factual content that should be remembered is the court proceedings and what can be published in credible news sources. I would have to think that Slahi was probably drug and/or sleep deprived during his time at GITMO.
One of the scenes in the movie shows that he hugged both of his female attorneys. He was in GITMO, so I am questioning the accuracy of this scene for several reasons. One reason is quite obvious due to safety protocols. I am unsure of the point of this part of the scene and perhaps the movie wants you to feel all warm and fuzzy and allow you to think this was allowed by the U.S. Military. I do not know if this is fact or fiction. I also don't know if the scenes with the military personnel are fact or fiction since I gather most of the conversations between military personnel are classified.
I would warn any of the viewers that take this movie as a completely factual representation that they should keep in mind profit sometimes over rides truth. The factual content is very blurry.
Cumberbatch is great at every character he portrays, no exception in this movie when it comes to a character that is by the book.
Foster is excellent at playing a character not out to make friends and can alienate herself very easily. The character was absolutely focused on her job, and Foster pulled it off easily.
I am not familiar with the actor portraying Slahi and cannot comment that his performance matches Slahi's personality. Slahi's video at the end displays a persona with a sophisticated social awareness, as if he were trying to captivate his audience into believing everything he has to say because he wants you to think that he is just like a typical American because he listens to Bob Dylan. I'd take it all in with a huge grain of salt - maybe an ocean sized dose.
39 people found this helpful
See all reviews
Back to top
Get to Know Us
Make Money with Us
Amazon Payment Products
Let Us Help You
EnglishChoose a language for shopping. United StatesChoose a country/region for shopping.
© 1996-2022, Amazon.com, Inc. or its affiliates