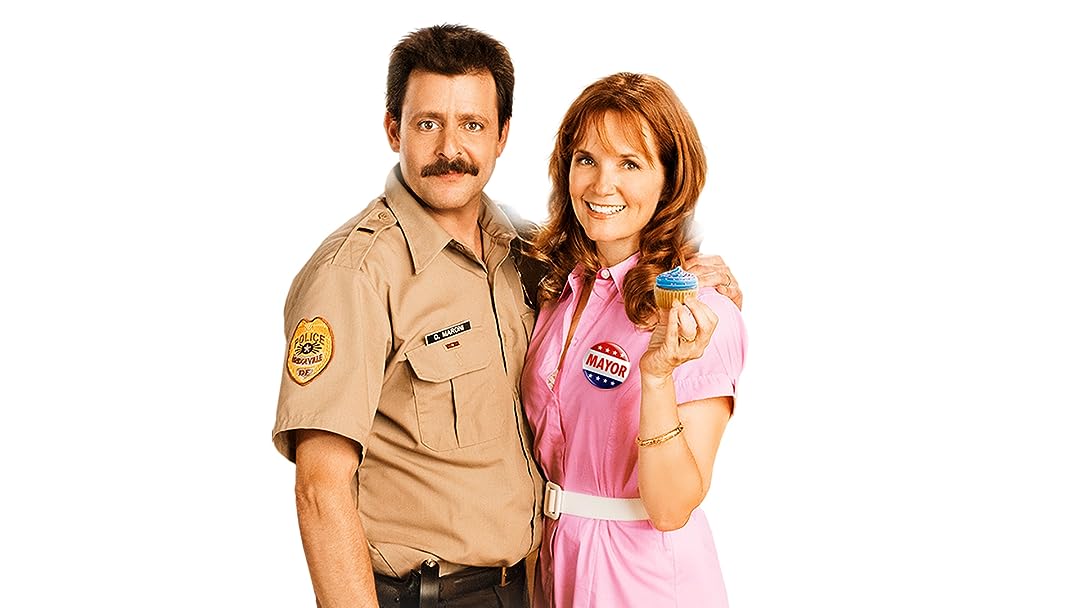 (286)
1 h 25 min2011X-RayPG
A hard-working cupcake maker is inadvertently elected mayor of a small town burdened with debt. Uneducated, she relies on her street smarts to clean up the town.

Billy SymsReviewed in the United States on May 14, 2022
5.0 out of 5 stars
a good movie
Verified purchase
A SAG film. It has a big cast and big crew, good story based on a real person, a feel good movie right over wrong. something we need more of today. It was a nice location, the cinematography was good, the acting was good, the casting and script was different, production and direction were great, the music was great.

A good family film. The punch out scene was a bit over the top, I found it to be odd, in a film about values and integrity. however it did bring an ending to the movie. the picture of the real woman at the end was a good touch to the ending, and the cast and crew eating cupcakes during credits was fun listening to a great song.

Dixie AhneReviewed in the United States on February 2, 2021
5.0 out of 5 stars
Woah
Verified purchase
Take an honest look at all the mainstream trash out there, stuff people spend outrageous amounts for because that's what a lot of junk sells for. This isn't that stuff. This a goldmine of wonderful to feed into your dvd players. This doesn't fill your eyes or your head with what talentless ratings pushers want to fill you with. This movie is partly about the value of values, about kindness and consideration, about friendship and working together for selfless good. If you need more reasons, watch this and dump all that other stuff about breaking laws and doing just what you want at the cost of the lives of all the other people in the world. It's time the Oscars and all other awarding people take their minds out of their crotches and self-love and make an honest award for a change. So, stand up for decency and right and buy this movie before you purchase anything else.
5 people found this helpful

102.5 FMReviewed in the United States on June 15, 2022
2.0 out of 5 stars
Lea Thompson is better than this. The rest of the actors drag her down!
Verified purchase
From the shear weight of the positive reviews, I decided to watch this but that was my mistake. I usually like movies that have a back-story that is based on reality but this was just too simplistic. I'm sure the real-life gal who inspired this story was well liked by her family and friends and they have every right to be proud of her but she didn't do anything spectacular to warrant hero worship and a movie. When all it takes to be a hero is to be honest, there is little hope for the real heros of the world who do spectacular and miraculous things.

This story has all the thrills and excitement of watching an ant try to cross the sidewalk. I mean if it were not for Lea Thompson, I'd have quit watching very early on. The other actors don't even display the talent necessary for community theatre.

Script writing is on par with what a 9th grader might right in English class for a term paper. Probably all of the actual facts of the story were wiggled in but factual accounts don't always make for a good story.

Where was the drama? Where was the tension? There was an attempt to introduce conflict but the acting was so poorly done it resembled the conflict one gets when you turn on the light switch and the bulb instantly burns out with a "pop".

For all of those reviewers who reveled in the fact that this movie has no sex, no foul language, no perversion and very minimal violence, I'd suggest that perhaps that is why there is no excitement in this movie...it just plods along and then plods some more. These are the people who want all of the frosting and no cake in their cupcakes. These are the people who want twice as much sugar and zero salt. And anyone who's ever baked cupcakes with that recepie knows how bad they come out. A movie that attempts to be all "Good" has nothing on the "Bad" side to bounce off for the balance to occur. No wonder it fell flat

LadyLotusReviewed in the United States on September 23, 2018
4.0 out of 5 stars
Suddenly craving cupcakes.
Verified purchase
I would have given this a 5, but for the things I wish I could have seen happen in the movie, to help certain parts be more meaningful. Things that would have wrapped the movie up a little tighter for me. That being said, cute movie. I would watch it again. I would watch it with my 6 and 11 yr olds. I don't remember any swearing, no crude language, no sex or innuendos, no violence and nothing that would make me feel uncomfortable. There is a scene where a man punches another, But you'll be glad he did! I love that the family is supportive of one another, has family dinner with each other and genuinely cares and thinks about one another. Great cast of characters that you fall in love with. I love that even though the major was being put down and having her past thrown at her, she stood with her head up knowing who she was and what she was capable of. You could see she was not going to let anyone make her feel inferior without her consent. And I really appreciate that quiet strength she portrayed. I love the guy who recites the presidents in order. The guy who won't sell anything in his shop crack me up. I love Bart. I could go on and on about the quirks of all the characters I thought were hilarious! I'm not sure why they put it as a drama, because it's a comedy. Cute, funny and I am craving cupcakes.
7 people found this helpful

Amante dei GattiReviewed in the United States on June 21, 2020
5.0 out of 5 stars
Fun, Wholesome Movie
Verified purchase
This is a squeaky clean movie that actually packs some punch against crooked politicians. A little far fetched (though it says it's based loosely on a true story), but fun. Does make you stop and wonder what would happen if Mr. Smith actually did go to Washington. If some common sense from a high school drop-out/pregnant before marriage mom in the mayor's office could help clean up a town's messes and get the town back on its feet, what would happen if someone like that made it up the food chain to the Senate or beyond?!?
3 people found this helpful

Cheong YeiReviewed in the United States on May 27, 2022
1.0 out of 5 stars
Shameful waste of effort
Verified purchase
The concept was absurd, the writing was worse, the continuity and side stories were pathetic. Judd Nelson was not believable at all, and while a few castings were good, most of the cast was abysmal.
Mayor Cupcake will steal an hour and a half of your life, giving you nothing back in return. A small, sad, film with nothing good to redeem it.
One person found this helpful

OligonicellaReviewed in the United States on June 21, 2022
4.0 out of 5 stars
Lea's always great.
Verified purchase
And this flick is her forte - the girl next door. Few actresses have the ability to *not* be an actress. One of the things I've always admired about her is she comes across as the gal you invite to a canasta and popcorn party. This whole movie exemplifies that; small town, good people with a bad apple to toss out.

JaneReviewed in the United States on September 14, 2016
4.0 out of 5 stars
A sweet story about the difference an "everyday mom" can make when she decides to.
Verified purchase
A sweet, simple story about an everyday Mom who accidentally becomes mayor of a small town that is bogged down by corruption in city government. She slowly learns of preveious corruptions and fires those involved while making practical changes to repair the damage and pay off the town's deb, but not without some trouble along the way. It's a fun movie because it's the type of government reform that most people wish they could do, given the chance. It is a film highlighting the simple things in life- the value of family, "sticking together", friendship, good overcoming evil and a community coming together. A sweet story that leaves you smiling.
6 people found this helpful
See all reviews
Back to top
Get to Know Us
Make Money with Us
Amazon Payment Products
Let Us Help You
EnglishChoose a language for shopping. United StatesChoose a country/region for shopping.
© 1996-2022, Amazon.com, Inc. or its affiliates