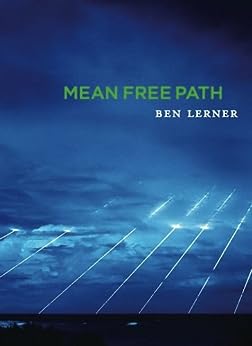 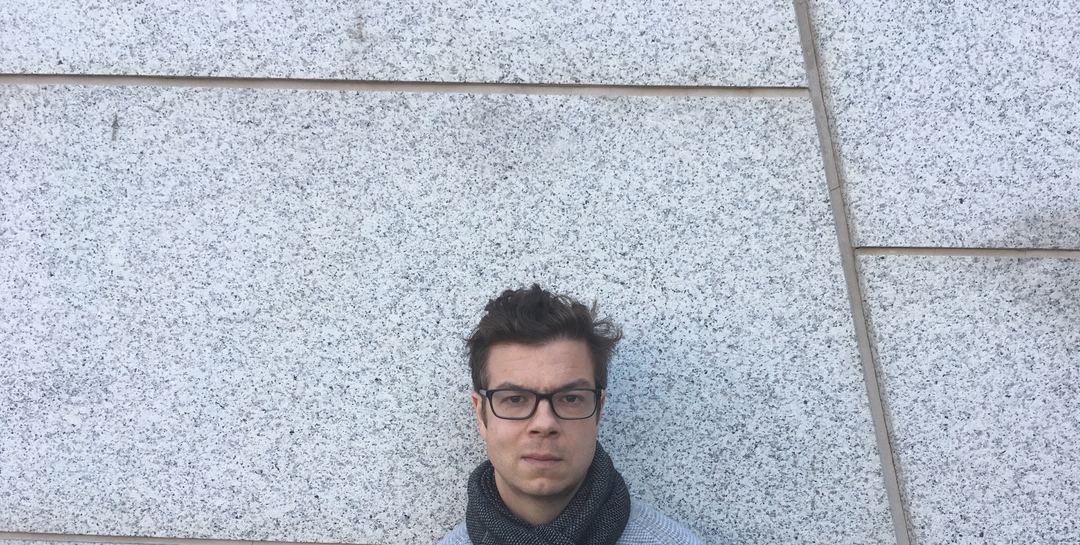 Starred Review. Lerner is both a favorite among young avant-garde poets and a recipient of more traditional honors—his previous book was a finalist for the National Book Award. In his third collection, which is composed of two alternating sequences, he continues and deepens his exploration of how contemporary mass culture taints language, testing the border where words transition from expressing real feeling to being so overused they mean almost nothing. The nine-line stanzas of Mean Free Path utilize collage, found language, humor, and snippets of what seem like autobiography to question how much a poem can really say. I'm sorry, sorrier/ Than I can say on such a tiny phone. Stunningly prescient insights (In total war, the front is continuous) alternate with humorous asides and haunting admissions of the limits of interpersonal connection, noting the sudden suspicion the teeth/ In your mouth are not your own, let/ Alone the words. The page-long Doppler Elegies utilizes many of the same techniques in an attempt to construct a fragmentary love poem to Ari. Promising sentences are cut off at the line break, only to resume in the midst of another, entirely different thought, often creating pertinent juxtapositions, as in a poem that laments The life we've chosen/ from a drop-down menu. Lerner keeps refining his techniques and remains a younger poet whose work deserves attention. (May)
Copyright © Reed Business Information, a division of Reed Elsevier Inc. All rights reserved. --This text refers to the paperback edition.

Ben Lerner is the author of three books of poetry and was named a finalist for the National Book Award for his second book, Angle of Yaw. He holds degrees from Brown Univeristy, co-founded No: a journal of the arts, and teaches at the University of Pittsburgh.
--This text refers to the paperback edition.

"Angle of Yaw is a stunner.... I have spent a good week, a very good week, re-reading and mining this remarkable volume, but I...don't expect to exhaust its riches."--Beloit Poetry Journal "This collection places Lerner among the most promising young poets now writing."--Publishers Weekly "The languages of critical theory and television collide, often with titillating and telling results.... Lerner spring-loads one [poem] after another in order to deliver his splendidly calibrated punch.... sharp, ambitious and impressive."--Boston Review
--This text refers to the paperback edition.
Read more

Ben Lerner is the author of three books of poetry (The Lichtenberg Figures, Angle of Yaw, and Mean Free Path), three novels (Leaving the Atocha Station, 10:04, and The Topeka School) and a work of criticism (The Hatred of Poetry). His collaborations with artists include Blossom (with Thomas Demand), The Polish Rider (with Anna Ostoya), and The Snows of Venice (with Alexander Kluge). Lerner has been a a finalist for the Pulitzer Prize, the National Book Award, and the National Book Critics Circle Award. He has received fellowships from the Fulbright, Guggenheim, and MacArthur Foundations. In 2011 he won the &quot;Preis der Stadt M&uuml;nster f&uuml;r internationale Poesie&quot;, making him the first American to receive this honor. Lerner teaches at Brooklyn College, where he was named a Distinguished Professor of English in 2016.

5.0 out of 5 stars
5 out of 5
12 global ratings
How are ratings calculated?
To calculate the overall star rating and percentage breakdown by star, we don’t use a simple average. Instead, our system considers things like how recent a review is and if the reviewer bought the item on Amazon. It also analyzes reviews to verify trustworthiness.
Top reviews

Consumer of fine cheeses
5.0 out of 5 stars This is a really wonderful book of poetry
Reviewed in the United States on November 8, 2017
Verified Purchase
This is a really wonderful book of poetry. I also really enjoyed Angle of Yaw and The Lichenberg (sp?) Figures. This is very different but as good as Angle of Yaw in my opinion (both are better than Lichenburgh, which is still worthwhile).The title poem is the standout part of this work. I found it challenging, so I just decided to write all over it as I read. This is very helpful, as the lines of the poems are often simultaneously interpretable as continuing to the following line, and/or skipping a line and continuing to the following-following line (or some other arrangement). There are lots of little surprises if you pay close attention, such as the structural link between pages 22/23 and 46/47. I have finished the book and scratched notes and drawn arrows on literally every page, but I'm pretty confident I will continue to find novelty in this book as long as I keep returning to it.
Read more
Helpful
Report abuse

C. Derick VarnTop Contributor: Graphic Novels
5.0 out of 5 stars Beautiful and truly surprising.
Reviewed in the United States on April 25, 2021
Verified Purchase
Lerner is a poet who likes mining science and mathematics for his conceits and he uses them to full effect. Long fugue-like poems that are both playful and serious, humorous and dire. What Lerner has a gift for is letting his analogous forms really aid the poems, and they do build more like musical movements than discrete narratives. Excellent.
Read more
Helpful
Report abuse

Reinaldo Enrique
5.0 out of 5 stars The collision does not come from the movement, but rather from words.
Reviewed in the United States on February 21, 2015
Verified Purchase
It's been a while since I bought this book. Mean Free Path has grown to be one of my favorite poems. Ben Lerner is an excellent poet that understands contemporary language, and culture. Presenting it to us in its rawest form.
Read more
One person found this helpful
Helpful
Report abuse

Amazon Customer
5.0 out of 5 stars Five Stars
Reviewed in the United States on May 24, 2016
Verified Purchase
The writing style and broken syntax is so rewarding to read.
Read more
Helpful
Report abuse

George Del Valle
5.0 out of 5 stars To brush up against this particle is worth the impact
Reviewed in the United States on February 25, 2013
Verified Purchase
The title is the rejoinder to the poetic effort occurring in this collection. In terms of meaning and versified possibilities of thought experience, there is a mean path by which a poem can stand as indicative, representative, or expressive of some idea or emotion or thought. This seems to be the ethos of this profoundly re-readable, intelligent, and imaginative work. The poems probe into the schema of linguistic potentiality with meter that is fresh and enjoyable, but also ponderous and difficult. It asks of the reader's attention to culture, but also the minutiae of detail in experience, such that it asks what exactly it is to have language as a society whose personal and private spheres are ever more interconnected and wrapped up in the economy of meanings. And on a level of technique, Ben Lerner is one of the few contemporary poets seemingly still seriously taking up language with dignity and consideration. Which is not to detract from those other wonderful poets, but Lerner is headed for the canon; absolutely.
Read more
3 people found this helpful
Helpful
Report abuse

Look, reader, I'm writing this poem
Built of echoes, self-same but full of
Minor disharmonies. Look I'm writing,
Reader, repetition. I had meant to write
A poem inching through echoes,
Love, continental theory,
To the grand scientific major,
To the world and all things it it, read it
Fast. Faster, reader, I'm writing
This poem, look, I repeat
Myself through a bunch more
Lines, phrases, impressive, not?
I had meant to write, reader,
A poem to my cat, but here
A photon and another photon enter
Effecting a dance of sub-
Atomic miracles, the world as we know it,
Also bullets, tanks, human miseries,
Etc... Years go by, reader, I'm still
Writing, soon I'll be finished.

That's the parody I was moved to write after a second read-through of this pleasurable volume - "pleasurable" is the right word I believe, as the poems are nothing if not sensuous, in their own way). Toss in some Russian novels, some theory (in the literary sense), and there you have it. Lerner manages more gracefully than my parody, of course - the poems propel you forward, and are more lyrical than your average theory-laden stuff. The weaknesses are easy to point out - for example, the possibility of writing a poetry that's equal to our time is a vast, fashionable, but not terribly interesting question! The other problem is the shadow of industrial and military doom that make this a very somber book indeed. It's reflective of the time, but I am reminded of a certain philosopher's saying that "whereof one cannot speak, one must remain silent." I am also reminded of that commercial that shows a child in bed with pictures of industrial pollution projected onto the wall and very ominous miminalistic music playing. The point is to instill (and not to deal with) fear and misgivings. I'm not saying that Lerner is so nefarious (though who knows!), but poetry that constantly alludes to such things without making clear and cogent statements (which may not be possible, of course) provokes my skepticism. Anyway, taken on their (or rather, on our own chosen) limited terms, these poems succeed as a music of our time.

I will let the end of the book (which is no more relevant than any number of randomly selected passages) speak for itself (without protesting sotto voce that "nondominant" is rather disingenuous!):