You've subscribed to Life of the Past! We will preorder your items within 24 hours of when they become available. When new books are released, we'll charge your default payment method for the lowest price available during the pre-order period.
Update your device or payment method, cancel individual pre-orders or your subscription at
Your Memberships & Subscriptions
There was an error. We were unable to process your subscription due to an error. Please refresh and try again. 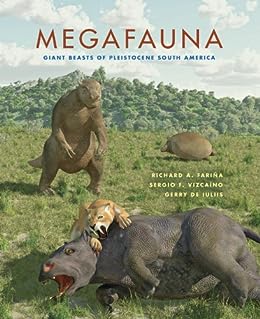 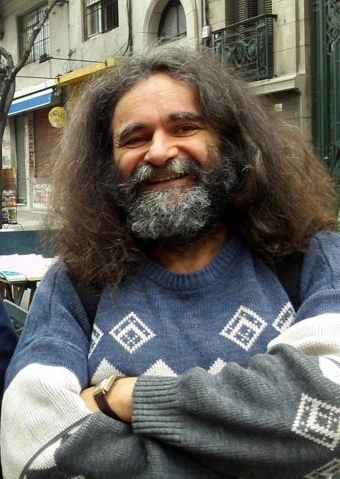 Megafauna: Giant Beasts of Pleistocene South America (Life of the Past) Kindle Edition

by Richard A. Fariña (Author), Sergio F. Vizcaíno (Author), Gerry De Iuliis (Author), Sebastián Tambusso (Illustrator) & 1 more Format: Kindle Edition
Part of: Life of the Past (40 books)
See all formats and editions
Sorry, there was a problem loading this page. Try again.
Read more Read less
Previous page
Next page
Due to its large file size, this book may take longer to download

Books In This Series (40 Books)
Page 1 of 1Start OverPage 1 of 1
Previous page
Next page
Life of the Past
Keith M. Parsons
Kindle Edition

Overall, [this] is an enjoyable read that provides a substantial amount of detail on the biology, ecology, and distribution of these fantastic animals. . . . Highly recommended.

Collectively, this book brings attention to the discovery and natural history of ancient beasts in South America while providing a broader temporal and geographic background that allows readers to understand their evolution and potential immigration to South America.

The conversational tone in this volume makes it a pleasure to read. I recommend this book for anyone interested in paleontology, students new to the subject, graduate students, and researchers who want to become well grounded in late Neogene paleontology of both Americas.

"This is an excellent volume. Its structure is complex, serving well the multitude of topics the authors managed to treat in a reader-friendly, yet rigorous manner that will satisfy both specialists and general paleontologists and the educated reader. . . This book is likely to facilitate progress in the understanding of fossil mammals from the Americas."

― Priscum --This text refers to the hardcover edition.

The history of the South American megafauna is a fascinating topic. For much of the Cenozoic Era South America was an island continent in which the carnivores were all marsupials and the herbivores were primitive ungulates that evolved into forms functionally similar to unrelated animals found elsewhere in the world. [They] were a unique blend of indigenous and immigrant animals that had apparently reached equilibrium in the wake of the Great American Interchange. When and why many of them subsequently went extinct has yet to be fully resolved.

Richard A.Fariña is Professor of Paleontology at the Facultad de Ciencias, Universidad de la República, Montevideo, Uruguay. He has also published science books for a general readership and collaborated in TV documentaries on the subjects of his expertise.

Sergio F. Vizcaíno is Professor of Vertebrate Zoology at the Universidad Nacional de La Plata and researcher of the Consejo Nacional de Investigaciones Científicas y Técnicas working at the Museo de La Plata, Argentina. His research focuses on the paleobiology of South American fossil vertebrates, mostly mammals. He has participated in numerous field work seasons in Argentina and Antarctica. He was the President of the Asociación Paleontologica Argentina.

Gerry De Iuliis is affiliated with the Department of Ecology and Evolutionary Biology at the University of Toronto.

Richard A. Fariña (please don't forget the tilde above the n) was born in Montevideo, Uruguay, in 1957. As a child, he wanted to become a football (=soccer) player. When he realised his skills fell short of his dreams, chose to study science.

He's married to colleague Ángeles Beri and has a daughter, Eva (who, by the way, decided to be NOT a scientist but an artist...). He lectures palaeontology in the Facultad de Ciencias, Universidad de la República, Montevideo. As a researcher, he likes to be cautiously daring. Sometimes he achieves it.

4.4 out of 5 stars
4.4 out of 5
24 global ratings
How are ratings calculated?
To calculate the overall star rating and percentage breakdown by star, we don’t use a simple average. Instead, our system considers things like how recent a review is and if the reviewer bought the item on Amazon. It also analyzes reviews to verify trustworthiness.
Top reviews

tyrannomyrmex
5.0 out of 5 stars Good book on pleistocene mammals
Reviewed in the United States on July 9, 2013
Verified Purchase
South America was isolated for a long time in the Cenozoic. This explains, in part, the rich and diverse fauna that evolved only in this continent. Despite this, there are few books dealing with the history of the South American fauna or flora. The book of Pleistocene mammals of Fariña, Vizcaino and De Iuliis is a notable exception. In its 9 chapters and 436 pages the authors introduce us to the world of paleontology, geology and ecology in the subcontinent, the "great" exchange of Pleistocene fauna, and other issues such as physics of giants, paleoecology and extinctions. For those interested in history and biogeography of South America, and the mammals in particular, this is a good book plenty on information, and one more addition to the excellent series of paleobiology of Indiana University Press.
Read more
10 people found this helpful
Helpful
Report abuse

P. Nicholson
5.0 out of 5 stars Megafauna: Giant Beasts of Pleistocene South America
Reviewed in the United States on August 29, 2013
Verified Purchase
What we now call South America was for millions of years an isolated continent, much like Australia today where animal populations, largely Marsupial, without competing influences from any adjoining land masses evolved in unique and amazing ways and attained great sizes in some cases. This book explores the fossil record left behind by these animals which went into rapid decline once South America collided with the North American land mass and the Central American land bridge formed affording Mammalian species that evolved in other places to invade and in most cases cause the extinction of the Marsupial species.
Read more
4 people found this helpful
Helpful
Report abuse

Susie W.
4.0 out of 5 stars This is a very scholarly work.
Reviewed in the United States on May 20, 2020
Verified Purchase
I had trouble reading this book because it is full of anatomical terms I wasn’t familiar with. I recommend having a medical dictionary close at hand so compound words can be looked up. Those who are familiar with paleontology should not have trouble at all.
Read more
Helpful
Report abuse

Jacob
3.0 out of 5 stars couldn't get into it
Reviewed in the United States on February 7, 2020
Verified Purchase
It was clear the author was knowledgeable regarding the material. The subject prehistoric megafauna has interested me for some time but this book didn't hold my interest. I put it down after reading about a fourth of it.
Read more
Helpful
Report abuse

Runewolf
5.0 out of 5 stars Interesting
Reviewed in the United States on June 24, 2019
Verified Purchase
Well written and up to date facts.
Read more
Helpful
Report abuse

Steve Crawford
5.0 out of 5 stars Five Stars
Reviewed in the United States on July 27, 2015
Verified Purchase
A fantastic reference book that has given my ideas to ponder over the ages!
Read more
One person found this helpful
Helpful
Report abuse

Ulla Bucko
5.0 out of 5 stars Gift
Reviewed in the United States on May 11, 2014
Verified Purchase
Good service,needed the book for a gift, The person I gave it to was happy, happy happy happy und hat sich gefreut
Read more
One person found this helpful
Helpful
Report abuse

Edouard Paiva
4.0 out of 5 stars Megafauna: Giant Beast of Pleistocene South America
Reviewed in the United States on December 14, 2013
Verified Purchase
The truth is that I expected more from this book, it doesn't have complete information detailed about the size of some of the Giants that lived in South America.
Read more
3 people found this helpful
Helpful
Report abuse
See all reviews

jasper
5.0 out of 5 stars Five Stars
Reviewed in the United Kingdom on February 11, 2015
Verified Purchase
Was all i hoped it would be.
Read more
Report abuse
See all reviews