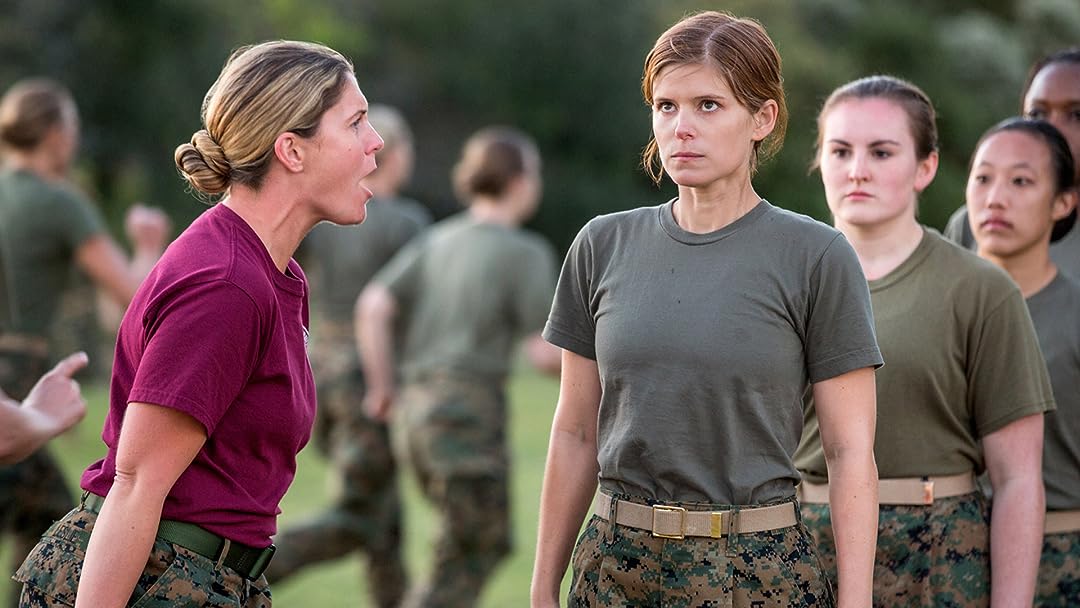 (5,392)
7.11 h 56 min2017X-RayPG-13
Based on the true life story of a young Marine corporal whose unique discipline and bond with her military combat dog saved many lives during their deployment in Iraq.

I am still crying my eyes out from Joy, Sadness, Happiness and Pride for these amazing Marines and their story!

And may God Keep Rex in his arms until you both meet again!

I dedicate this Painting to all of my fellow Marine Friends ... and so

THIS IS FOR YOU MEAGAN!

BethReviewed in the United States on September 16, 2017
5.0 out of 5 stars
Excellent movie worth owning
Verified purchase
Being a GSD owner/breed and Vietnam Vet loved it. Couldn't believe she and the dog survived that blast. A dog does change people and my current velcro baby is a rescue that should have been a police dog if it wasn't for hip dysplasia, but nothing slows him down. You can see it in their eyes that there world is you. When you connect with a dog like she did and I have, the bond is awesome. The movie was well done, heart warming and tears. Congrats Megan Leavey for finding that special bond, it saves a life in more than one.
75 people found this helpful

Sailor BobReviewed in the United States on October 8, 2017
5.0 out of 5 stars
Fabulous
Verified purchase
As A Marine in 1971 thru 1975 I wish they had this type of program. The lives it could have saved would have been considerable We had Marine dogs on post but never on a mission. This film acknowledged the accomplishment of these beautiful animals and there trainers to help save lives.
What this film has shown is that both man and canine can do remarkable things. Megan connected with her dog because she wanted to be something bigger than herself. She proved how important it was by being a soldier with another soldier REX. The love between these two is unconditional. Overall this film made me shed a tear but in a really good way. For the people that did not like the film they didn't get it and never will.
Thank you Rex and Megan for your service and your wonderful ending. Very good film.
66 people found this helpful

CatherineReviewed in the United States on October 10, 2017
5.0 out of 5 stars
Wonderful! Perfect story telling!
Verified purchase
Megan Leavey is a refreshing story about a woman Marine and her military bomb-sniffing dog. The acting was great! Kate Mara hits the right notes of a woman who is wandering, and lost, and makes a radical decision and because of it, finds love in an unlikely place, and with an unusual creature-- a dog deemed to too dangerous to handle. Her patience, love, and compassion, as well as the dogs longing to have a real friend connect and a team, is born. Megan and Rex then go to save countless Marine lives, all without bombast, or superficiality but as humble working companions, just doing their jobs. After an explosion injures her, Megan begins a long battle to bring home this heroic dog. This is one of the best war movies I have seen. It is also a remarkable love story between a girl and her dog. Anyone who loves animals, especially working dogs needs to see this!
48 people found this helpful

SJMReviewed in the United States on February 24, 2018
4.0 out of 5 stars
Beautiful, Poignant, Heart Wrenching...
Verified purchase
Confession: as a female who is "owned" by a protective and loyal male German Shepherd, I was probably more emotional watching this movie than some others. So my review might be a little biased.
I was curled up on the sofa yesterday watching it with my beloved GSD Axel - for emotional support and to help me get through it, because I almost couldn't. And yes, he definitely did watch it, and listen, growl, bark and head tilt throughout it. I think HE would rate it 5 stars, but I can only give 4 because it made me cry so hard and so much that it got a major headache afterwards, and I'm not even a crybaby over tearjerkers...but this movie takes it to a new level.
I LOVED the story, acting (especially Rex), cast (Tom Felton was terrific), and the locations and "missions" we're so tension filled, edge-of-your-seat realistic. I knew that Marines, and all deployed service men and women are in constant danger, and this movie is very eye-opening to the extreme dangers faced by the K9 handlers and especially their partners... those brave, loyal to the end dogs. Devoted to protecting "their person" and their squad, just as much as any human comrade. These dogs deserve so much respect and immense appreciation for their remarkable courage (it even overrides the dog's own survival instinct). Because of them there are a lot less people who've lost loved ones. They really are the ultimate War Heroes.
30 people found this helpful

Amante dei GattiReviewed in the United States on December 3, 2017
4.0 out of 5 stars
Heartwarming Movie About Two War Heroes
Verified purchase
Difficult rating this between a four and a five. I really enjoyed the movie, despite the inaccuracies of military protocol, etc., and mis-portrayal of Megan as a troubled young woman escaping her family. (If you're interested in the facts vs. the Hollywood story, you can read it here: www dot historyvshollywood dot com slash reelfaces slash megan-leavey slash.) The beauty of the Hollywood version of the story, which is certainly true of many military dogs and their handlers, is that both the dog and his handler grew to be more than they could have been without each other. It's a beautiful story that highlights the sacrifices men and women and dogs make in serving in our military. Well worth the watch, I think.
23 people found this helpful

LisaReviewed in the United States on October 5, 2017
5.0 out of 5 stars
Really good movie I was glad it was based on a true story I probably would go out and buy this movie but I about have it memoriz
Verified purchase
Okay I had to get up and get Kleenex watching this movie . I have two dogs of my own and I couldn't help think what would I do if I had to be without them . Also it's based on a true story Megan Leavy will leave you wishing that you could be her best friend . I found it very believable and truly enjoyed this movie . What are my dogs is a service dog and he is always watching every move I make my other dog is a lot younger than him she's a one and 1/2-year-old bullmastiff and my Chihuahua has taught her how to pick up on my seizures somehow the only thing I need to do is stop her from laying down on me when I have them . But it goes to show how much dogs do love us and how better world we have with such a wonderful animal that would go so far as to give its life to save its owner . I'm glad the movie turned out with a happy ending .
16 people found this helpful